Distinguished filmmakers lead workshops and seminars that connect their films and filmmaking to social, creative, or cultural issues . Participants explore impacts of film and media; to learn emerging practices in filmmaking; and to build local and national professional networks.  Filmmaking MFA students have the opportunity to do individual critiques and directly engage with these filmmakers. See the list of all our current and previous Visiting Filmmakers. 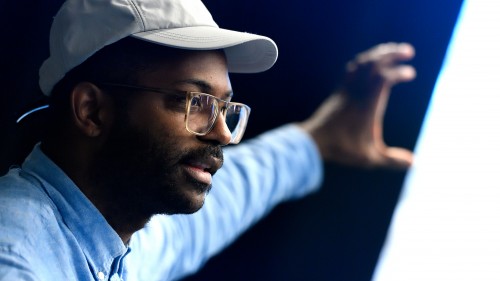 RaMell Ross is an artist, filmmaker and writer based in RI and Al. His work has appeared in places like the NY Times, Aperture, Harper’s Magazine,TIME, Oxford American, and the Walker Arts Center. He has been awarded an Aaron Siskind Foundation Individual Photographer’s Fellowship and a Rhode Island Foundation MacColl Johnson artist fellowship. His feature documentary Hale County This Morning, This Evening won a Special Jury Award for Creative Vision at the 2018 Sundance Film Festival and has screened at MoMA and Lincoln Center. RaMell double majored in English and Sociology at Georgetown University and teaches in Brown University’s Visual Art Department. Variety called Ross a top 10 Documentarian to Watch in 2018.

Anahí Berneri is a film and theatre director and scriptwriter. Her 2005 feature debut, A Year Without Love, earned her the Teddy Award at the Berlin International Film Festival and the FIPRESCI Prize at the Mar del Plata International Festival. Her second feature film, Encarnacion (2007) won the FIPRESCI Prize in competition at the San Sebastian International Film Festival. Anahí is a teacher and tutor at the National School of Film Experimentation and Production at the National Institute of Cinema and Audiovisual Arts, INCAA. In 2015 the Argentine Film Directors Association (DAC) honored her work as a director. Alanis is her fifth feature film. 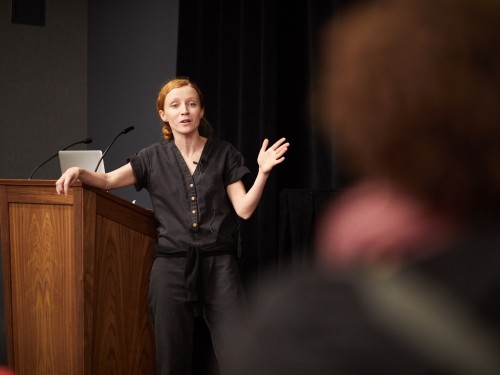 Jenny Murray is a filmmaker from Chicago. ¡Las Sandinistas!, her first feature documentary film, premiered in competition at SXSW 2018 where it won a SXSW "Special Jury Recognition" Award. Jenny graduated from Columbia University in New York where she studied Philosophy, Photography, and Latin American Film and Literature. After working as a licensed Associate on Watermill Trading’s stock trading desk in New York, she directed two short films and multiple social satire comedy videos, which have been featured on Twitter by television critic Emily Nussbaum of The New Yorker and screened at Anthology Film Archives in New York City.

Born in Singapore, Sandi published a cult zine called The Exploding Cat at 16 and at 22 became the film critic at The Straits Times, Singapore’s largest newspaper. Then she threw all that away to run off to film school at Columbia University. Her short films Moveable Feast and Gourmet Baby have played at over 100 film festivals including the New York Film Festival, Clermont-Ferrand and at venues like MoMA, as well as broadcast internationally on RAI, SBS and ZDF/arte. She was a 2016 Sundance Documentary Film Program Fellow and a 2017 Sundance Creative Producing Fellow. She was named one of Variety’s “10 Documentary Filmmakers to Watch” of 2018 and one of Indiewire’s “20 Rising Female Directors of 2018.”

Josephine Decker is part of Time Warner's 150 incubator, Sundance Institute's New Frontier Lab, and one of Filmmaker Magazine’s 25 New Faces of Independent Film. Decker was said to be ushering in a “new grammar of narrative” by The New Yorker. Her first two narrative features were listed #2 and #10 on The New Yorker’s Top Ten List of 2014 and played about a hundred festivals around the world. Decker helped to produce documentaries for A&E and Discovery before moving into indie film with her feature documentary BI THE WAY. Her third narrative feature, starring Molly Parker and Miranda July, had its World Premiere at Sundance 2018 and its International Premiere at the Berlinale Forum 2018. Interested in melding unconventional movement and narrative, she loves to teach and work through collaboration with existing communities. In her work, she has collaborated closely with the New York City Department of Sanitation, the East European Folklife Center, Pig Iron Theatre Company, the Center for Employment Opportunities, which supports men and women recently released from prison, and New York City after school programs.

THESE FILMMAKERS WERE PRESENTED IN PARTNERSHIP WITH MARYLAND INSTITUTE COLLEGE OF ART (MICA), JOHNS HOPKINS UNIVERSITY, MARYLAND FILM FESTIVAL/STAVROS NIARCHOS FOUNDATION PARKWAY THEATRE, THE SAUL ZAENTZ INNOVATION FUND, AND BALTIMORE OFFICE OF PROMOTION & THE ARTS. THE SERIES IS SUPPORTED IN PART BY AN AWARD FROM THE NATIONAL ENDOWMENT FOR THE ARTS.