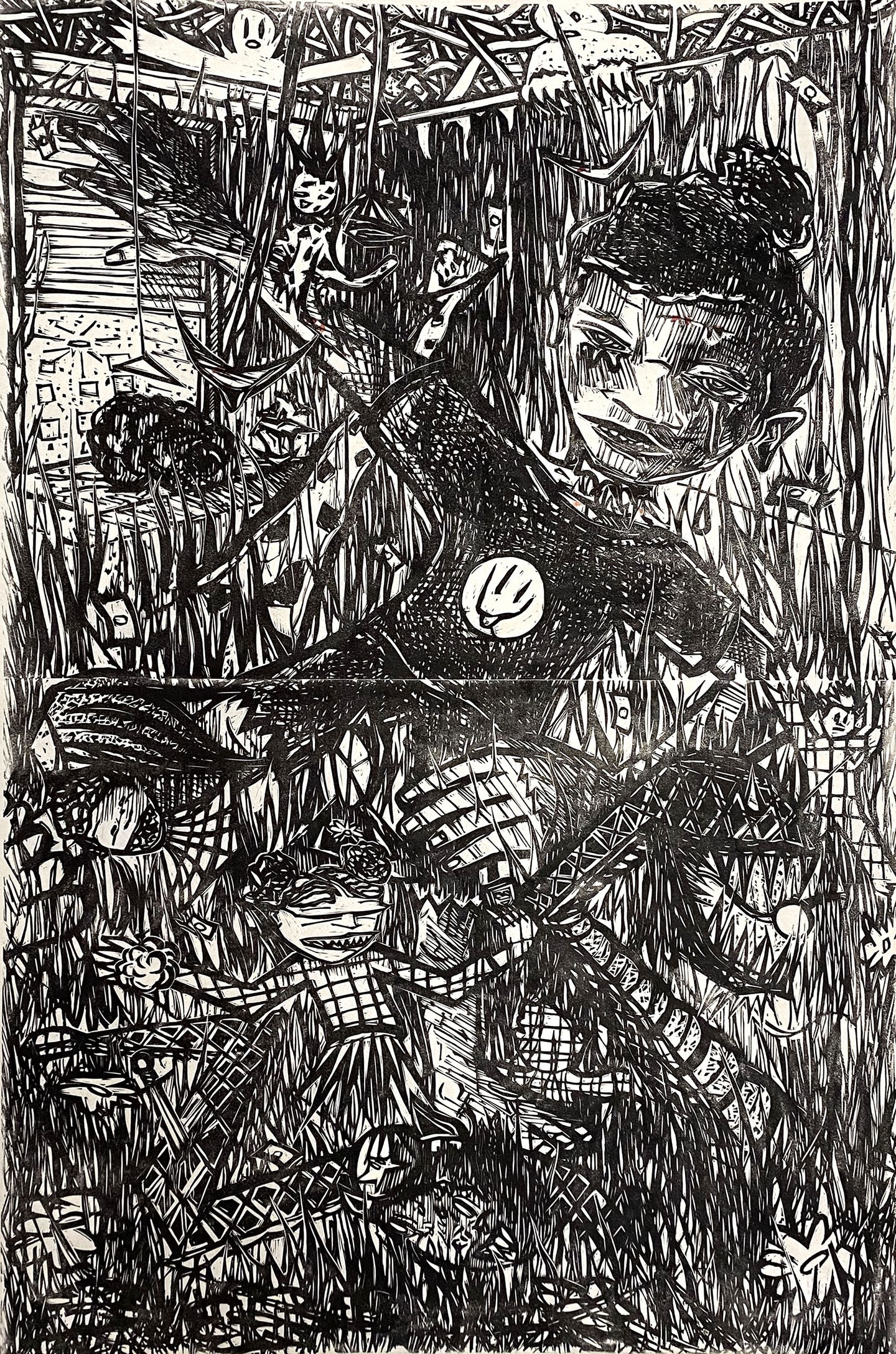 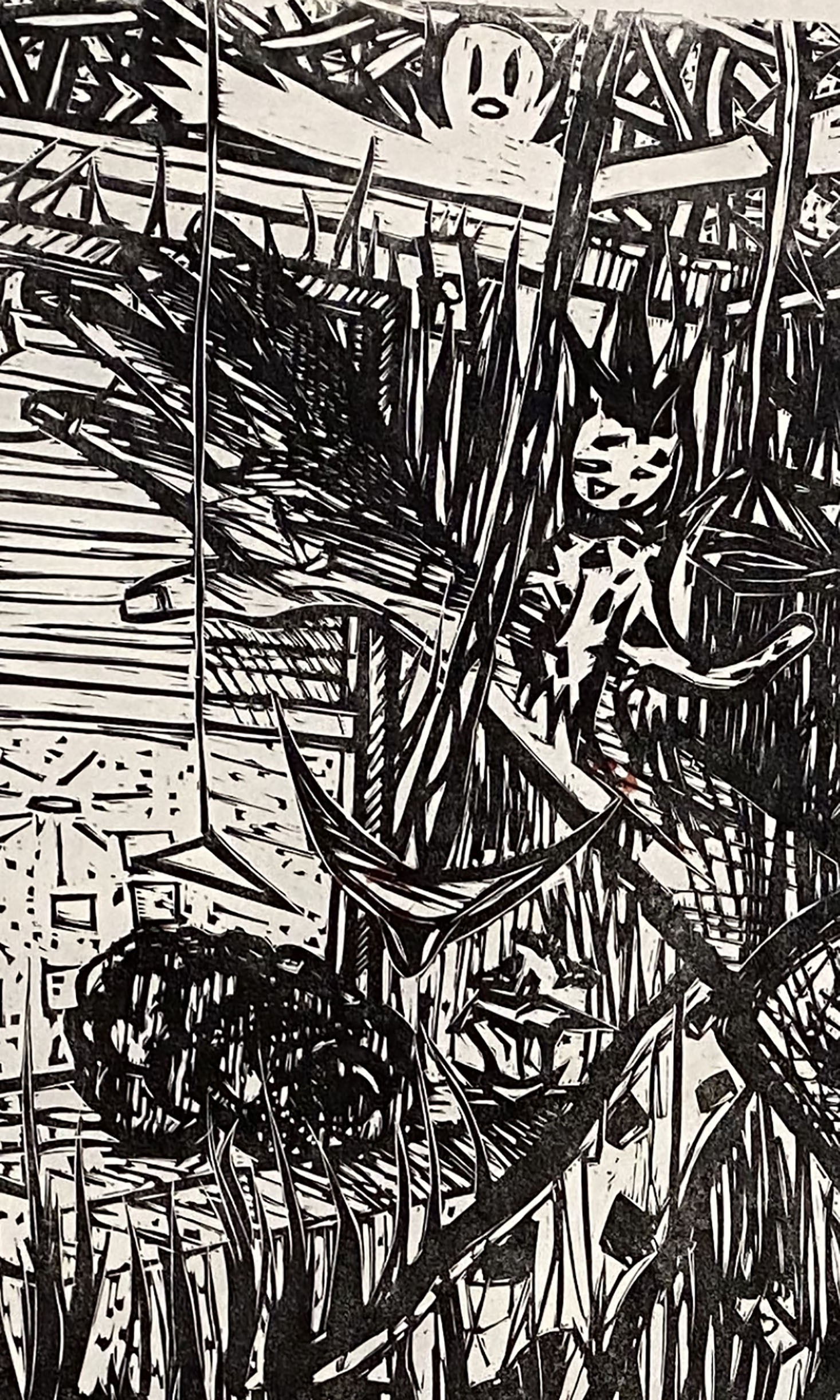 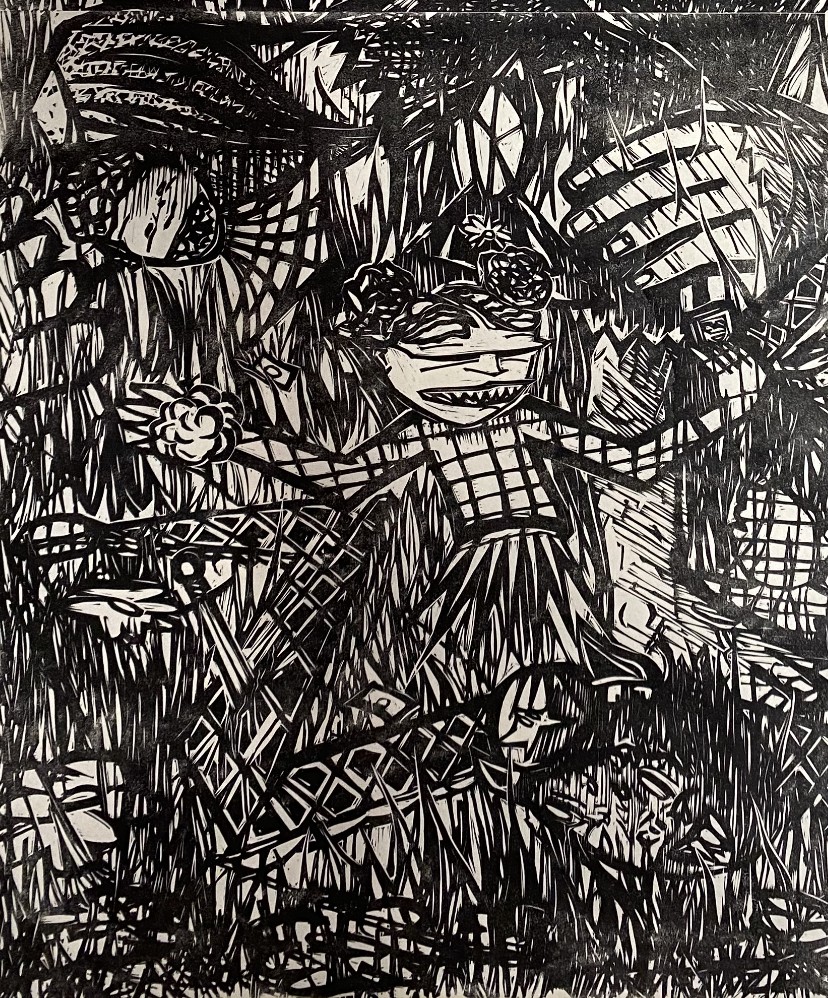 “You want to find a way to interlock different aspects of your vocabulary with one another in a way that you can start to compose things you haven't seen.”

The words on a sheet of paper don't come to life on the paper, they must be translated to a different medium if they are to live. Recently, I’ve been working in an open narrative examining the computer hacker, a figure that is ubiquitous in society. The computer hacker has the ability to belong to more than one group; they can be both for and against the people. This body of work takes a glimpse into the computer, the Internet, and the metaphysical worlds the hacker inhabits and roams. I work in a variety of print processes and mediums: woodcut, lithography, inkjet, and acrylic paint, to create this narrative.

The idea of a perfect society built upon philosophical literature is a beautiful one, but it rarely tends to work. It's as though people with access to this philosophical thought wield the sword for all humankind; and they alone, bestow a power that comes from the almighty celestial hand. By the grace of the heavens, they can change an individual to become the “perfect” human in a world full of beasts. It’s for the People (in theory), but more for the advancement of the political structure or securing of the state. This ideology is one of the main things that separates “The Terror” from the hacker.

Works such as “Danger Danger”, “VPN”, and “A Tender Escape” offered an opportunity to view this separation through the bold gestural mark of wood and linocut. In the work “VPN”, the viewer is getting a glimpse of the hacker using the internet as a conduit for information. A VPN connection establishes a secure connection between you and the internet. Via the VPN, all your data traffic is routed through an encrypted virtual tunnel. This disguises your IP address when you use the internet, making its location invisible to everyone. A VPN connection is also secure against external attacks. “Danger Danger” is the narrative of a researcher using the internet without a VPN, thus leaving their connection insecure and vulnerable to attacks. Recently, I've converted these two prints

“VPN” and “Danger, Danger” to acrylic paintings. These translations were a way to enhance my vocabulary and tell the narrative in a different language.