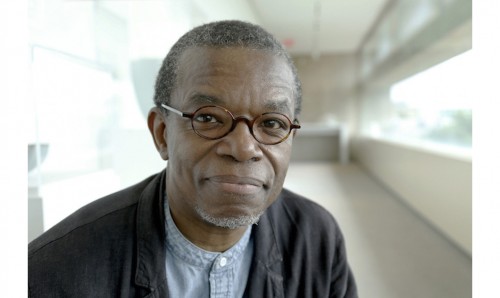 Before his role at MICA, Bill Gaskins has been a faculty member at Cornell University, Parsons School of Design, University of Missouri, and the School of the Art Institute of Chicago. He is an informed and inspired professor, acknowledged by students and peers for his innovative teaching and bold curricular vision as a winner of the University Distinguished Teaching Award at the New School University, the Elaine Jacobs Endowed Chair in Art at Wayne State University, and the Watts Prize for Faculty Excellence at the Cornell University Department of Art.

Bill Gaskins explores the myth and realities of American life and the image of African American people through his work in photography, video, and non-fiction writing. He is the author of the groundbreaking monograph, Good & Bad Hair: Photographs by Bill Gaskins, and the inventive short film The Meaning of Hope. Gaskins’ relevance as a contemporary artist has garnered attention through solo and group exhibitions at major venues including the Crocker Museum of Art, Brooklyn Museum of Art, Detroit Institute of Arts, and The Smithsonian Institution.

His depth and breadth of experience is a rich tapestry of practice that merges the visual and liberal arts through the history of art and photography, American and African American Studies, photography, video, and non-fiction writing. His essays and photographs have appeared in a variety of journals, magazines, anthologies, exhibition catalogs, and other publications, including, NKA; Journal of Contemporary African Art, Artsy, Aperture, Nature, and The New Yorker Magazine.

Jane Golden has been the driving force of Mural Arts Philadelphia since its inception, overseeing  its growth from a small city agency into the nation’s largest public art program and a global model for transforming public space and community through art. Under Golden’s direction, Mural Arts  has created over 4,000 works of public art through innovative collaborations with community-based organizations, city agencies, nonprofit organizations, schools, the private sector, and philanthropies. She has co-authored two books about the murals in Philadelphia and co-edited a third, Mural Arts @ 30 (Temple University Press, 2014), published on the occasion of Mural Arts’ 30th anniversary. Golden is referenced in publications around the world, and is an adjunct professor at the University of Pennsylvania. In addition, Golden serves on the Mayor’s Cultural Advisory Council, the Penn Museum Advisory Committee, and the board of directors of The Heliotrope Foundation. She holds a Master of Fine Arts from the Mason Gross School of the Arts  at Rutgers University, and degrees in Fine Arts and Political Science from Stanford University. In addition, Golden has received honorary PhDs from Swarthmore College, Philadelphia’s University  of the Arts, Widener University, Arcadia University, LaSalle College, and Haverford College.