Globe Collection and Press at MICA

Home
Research
Globe Collection and Press
Globe posters were truly the people’s posters. For more than 80 years, they brightened city street corners and telephone poles, country crossroads and union halls, shouting the names of bands and the dates of carnivals up and down the East Coast. A Globe Poster made you look, with its bright inks and bold type that shook and shimmied.

Founded in 1929, Globe grew by leaps, bounds and bold swatches of DayGlo color into one of the nation’s largest showcard printing companies. Starting with vaudeville, movies, burlesque and carnival, Globe found its groove in the 1960s with posters for top R&B and soul acts like James Brown, Otis Redding, and Ike and Tina Turner.

With demand for posters dwindling in this digital age, the Cicero brothers decided to close up shop in 2010. But Baltimoreans and students aware of Globe’s legacy formed a Friends of Globe group to find a new home for its treasures. Because of that vision, the desire of the Ciceros to keep Globe in Baltimore, and MICA’s creative thinking, Globe did not die. Truckloads of wood type,­ letterpress cuts and other tools of the trade moved from Highlandtown to MICA in the summer of 2011, and when the fall semester started, Bob Cicero began teaching a new generation of artists how to make a poster “pop.” 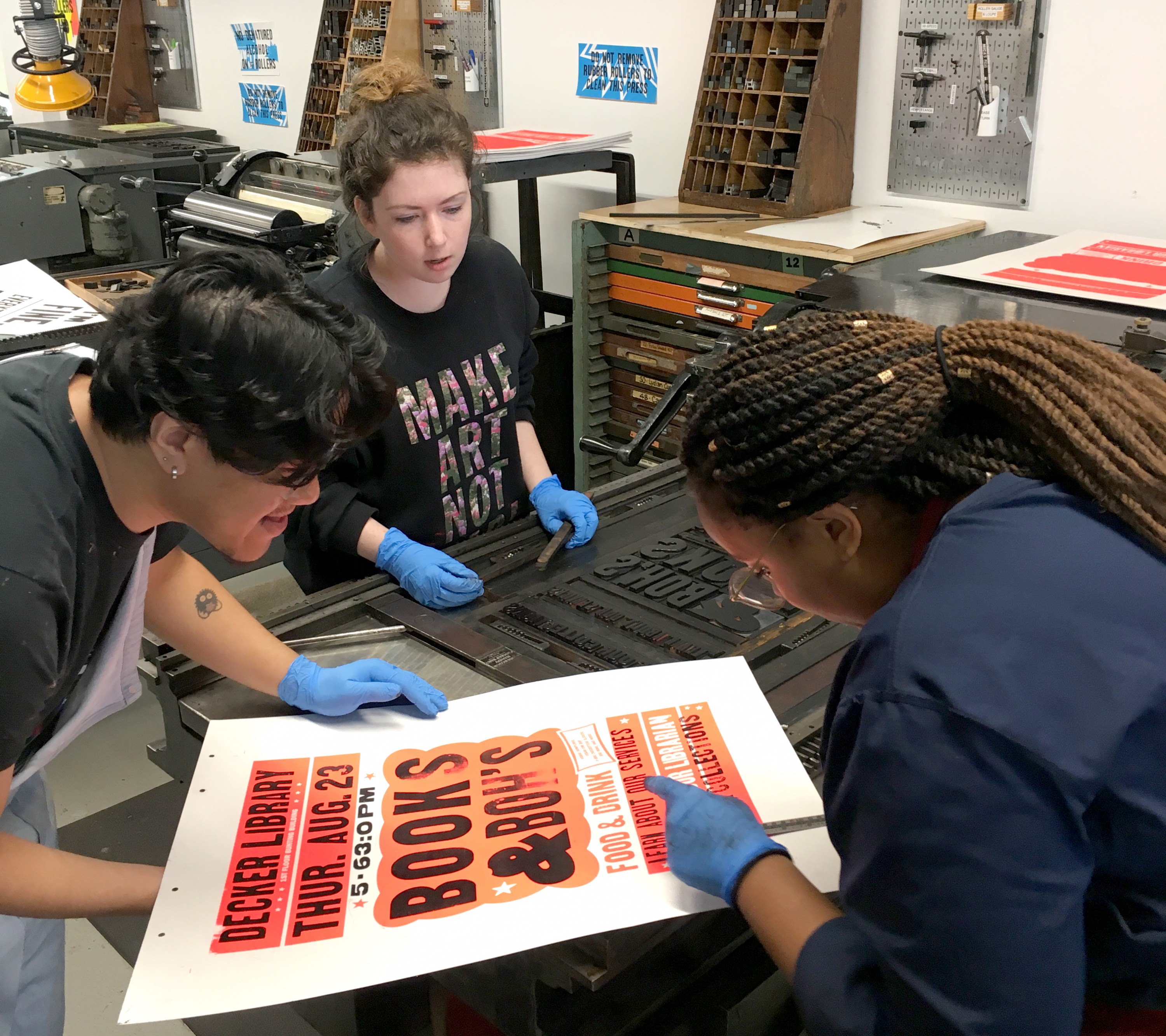 Download and print your own Globe style posters for FREE. Support the Black Lives Matter movement and related protests.

Learn about Globe history, browse the archive, see our recent projects and more!