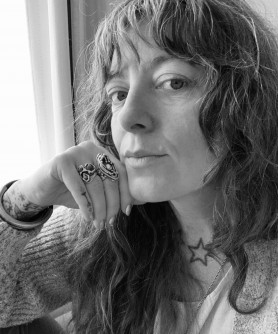 Faythe Levine is the director of the Arts/Industry program at the John Michael Kohler Arts Center where she is responsible for the development and administration of the residency founded in 1974 hosted at Kohler Co. and curating related exhibitions at the Arts Center in Sheboygan, Wisconsin. Her ongoing priority is creating programming that is approachable and  accessible to a large audience, advocating for creativity as a vehicle towards personal independence and empowerment. Levine has worked as a freelance curator with institutions for the past ten years including Ruffles, Repair&amp; Ritual; at the Wedding Cake House with the support of the Warhol Foundation, 2019, For Hire: Contemporary Sign Painting in America Houston Center for Contemporary Craft, 2017; Counter Craft: Voices of the Indie Craft Community, Fuller Craft Museum, 2016; and Craftivism, UW-Green Bay Lawton Gallery, 2008. She also curated two non-traditional gallery spaces in Milwaukee, Wisconsin; Sky High Gallery (2010-2014) and Paper Boat Gallery (2005-2009) that focused on collaborations with emerging artists from around the United States. Levine was the founder and director of Milwaukee's premier maker fair, Art vs. Craft (2004-2014) that annually drew thousands of visitors. Her most widely known projects, Sign Painters (2013) and Handmade Nation: The Rise of DIY Art, Craft and Design (2009), both feature length documentaries with accompanying books and published by Princeton Architectural Press, have toured extensively in venues such as the Renwick Gallery of the Smithsonian Institution, Brooklyn Museum, Museum of Art and Design, Yerba Buena Center for the Arts, and the Victoria Albert Museum. 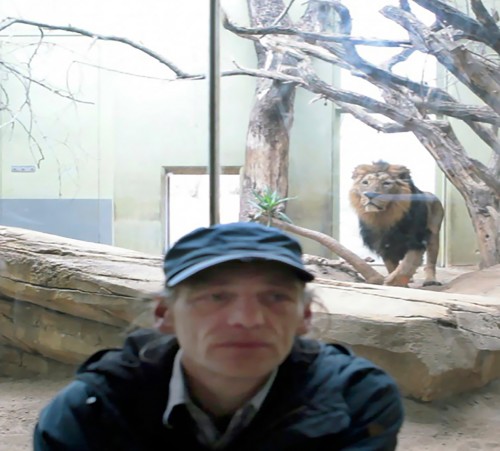 Simon Lee and Eve Sussman work on projects collaboratively and individually. They make films, videos, photography, performances and installation that often incorporate the moving image. Much of their work challenges concepts of conventional cinema. they deconstruct the usual tropes and technical aspects of the motion picture, examining the way narrative is communicated deploying stories in unusual way s. They have a history of expanding the way we encounter film, how we make and experience motion pictures, and how this  crosses over into live theatre, performance and dance.
With this in mind Sussman and Lee co-founded the "Wallabout Oyster Theatre" a micro performance space originally run out of their studios in Brooklyn. Their project "No Food No Money No Jewels" was commissioned by EMPAC (Experimental Media and Performing Arts Center) and produced as a theatrical installation that premiered at Locks Gallery in Philadelphia. Last year at the CEC Art Residency in St. Petersburg they produced "CollusioNoCollusion" a filmed channelling performance involving simultaneous translators and Russian speaking actors. Sussman and Lee are also producing for Jack+Leigh Ruby, two reformed criminals, who are creating film/video installations. Lee and Sussman tour work internationally. Venues include: Musée d'Art Contemporain de Montreal, the Tinguel Museum-Basel, the Rotterdam Film Festival, the Moscow International Film Festival, Sundance Film Festival, Toronto Film Festival, the NEXT WAVE Festival-BAM-NYC, the Posnan Bienalle, Poland, LOOP Video Festival Barcelona, Zebra Poetry Film Festival-Berlin, IFC Center-NYC, The Whitney Museum of American Art, New York, MOMA-NYC, Reina Sofia-Madrid, Louisiana Museum-Denmark, Leeum Museum-Seoul, the Smithsonian American Art Museum. 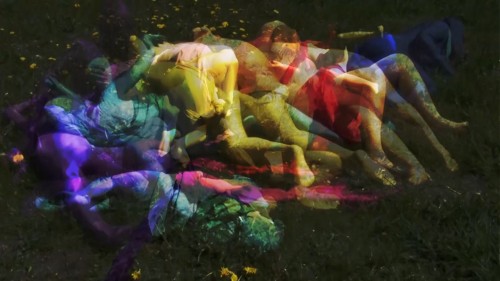 Jenny Graf Sheppard is a Copenhagen-based artist, whose performance, sound and video work deals with agency in living beings and across networks of beings. Using heard and unheard sound as a means to trace agency, voice, and co-action, she creates scores for participatory performances, collaborative experiments, and new ways of listening. Consistent themes throughout her are embodiment of knowledge, sound as a vehicle for agency in the context of memory, age and gender and dissolution of the artists/audience distinction. She has worked collaboratively with women with Alzheimers to create sound and visual works, and she has also worked extensively with scores for participatory performances that involve meals, movement, and divination.
For the past 2 years, she has led the research project Sounding Bodies, which consisted of a 25-person research group who experimented with how the entire body is an apparatus for sound. As a part of the Sounding Bodies curated the Sound Forms Symposium, an international gathering of artists and researchers exploring sound in relation to the senses and embodiment. Currently is a PhD fellow at the Royal Danish Academy of Fine Arts where she is head of the Laboratory for Sound. Her research project, Communicating Vessels: Re-defining agency through sounding works explores sounding, a communicative exchange between entities, as a means to explore the co-agential aspect to narrative. She is also a curator and organizer of På Den Anded Side (On the Other Side), a biennial on the island of Møn in Denmark which experiments with collaborative art forms in the context of climate crisis. 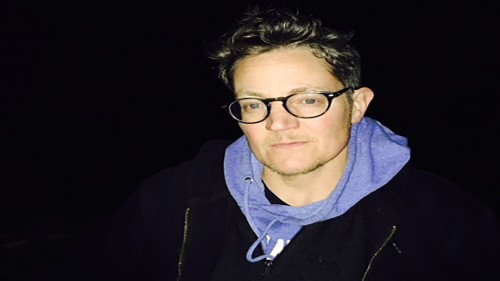 Bill Basquin (1970, Indiana) likes to work outside, with his hands, in dim daylight. His work crosses genre and mode in ways that are quiet and sometimes surprising. He likes the lessons that come from working with people, living with a small cat, and continuing to attune to worlds both wild and domestic. He has read poetry at the San Francisco Library, shown films at the New York MoMA, and shared  an immersive barn-like experience that included a disco ball, horse manure, and the sound of frogs  with a bunch of Southern Californians in a black box theatre.
Basquin recently completed and premiered (last night: March 23, 2020) From Inside of Here, an 84-minute experimental film based in the Gila National Forest of New Mexico.
The film is comprised of multiple media: 16mm film, HD video, infrared stills, inter-titles, and sound recordings. The result is a feminist ethnographic landscape film that communicates both the majesty of 1800s landscape photography while foregrounding the ever-present violence that is its context.
Over the course of 3 years and 8 camping trips, the filmmaker filmed alone, on location, - the only people encountered were elk hunters and government agents suspicious of his California license plates and reasons for being there. The place itself is a character in the film, as are the filmmaker’s methods.
[The Gila National Forest in the New Mexico is the site for the reintroduction of the endangered Mexican Grey Wolf. The species was hunted and poisoned to near extinction by the US Biological Survey in
the early 1900s. The US Biological Survey is a direct predecessor of the U.S. Fish and Wildlife Service, which is the agency now responsible for re-establishing the species.]
Basquin has a BA in Philosophy and Womens’ Studies from the University of Wisconsin, Madison and an MFA in Visual Art from the University of California, San Diego. 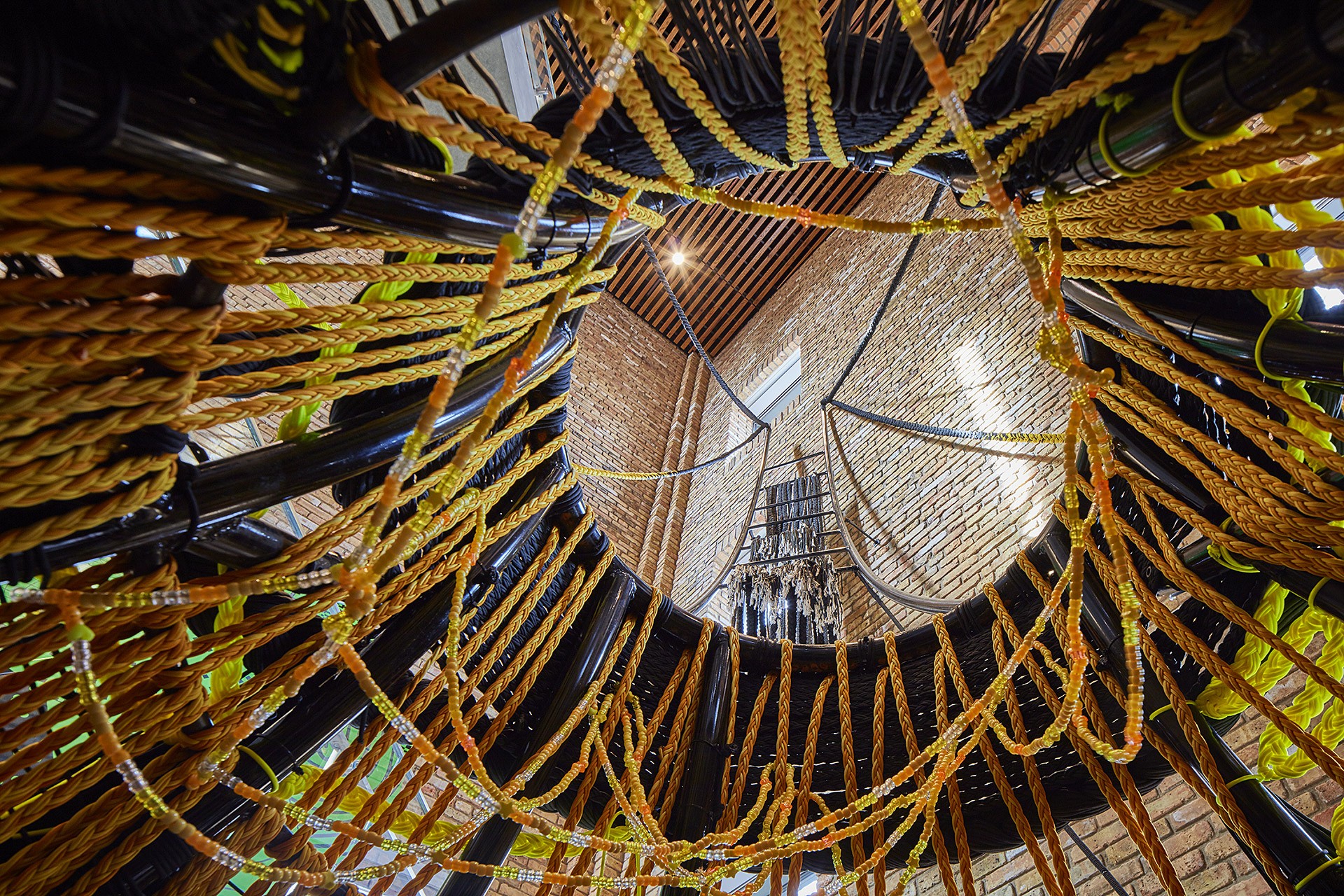 Andres L. Hernandez is a Chicago-based artist, designer and educator who re-imagines the environments we inhabit, and explores the potential of spaces to support creative production, public dialogue and social action.  He is the Museum of Contemporary Art Chicago’s 2019-2020 SPACE artist-in-residence at Curie Metropolitan High School, a 2018-2019 visiting artist-in-residence with the University of Arizona School of Art, and a 2018 Efroymson Family Fund Contemporary Arts Fellow. Hernandez is a member of the performance collective Dark Adaptive with artists Torkwase Dyson and Zachary Fabri.  With Dark Adaptive, he has co-developed movement and sound works presented at The Drawing Center; the Museum of Modern Art’s Pop Rally series; Graham Foundation for Advanced Studies in the Fine Arts; Colby College; the Sharjah Biennial 14; and most recently for Pace Gallery’s inaugural Pace Live initiative presented in collaboration with the Performa 19 Biennial. Hernandez’ other recent projects include Tucson Tête-à-Tête, a socially-engaged artwork commissioned by the University of Arizona School of Art in Tucson, AZ; Thrival Geographies (In My Mind I See A Line), a commissioned installation with artists Amanda Williams and Shani Crowe for the U.S. Pavilion at the 2018 Venice Architecture Biennale; and A Way, Away (Listen While I Say), a design-build commission with Amanda Williams for PXSTL, organized by the Pulitzer Arts Foundation and the Sam Fox School of Design & Visual Arts at Washington University in St. Louis. Hernandez is co-founder of the Revival Arts Collective, and founder and director of the Urban Vacancy Research Institute.  From 2017-2019, he was an exhibition design team member for the Museum of the Obama Presidential Center, and currently serves as a creative consultant for other public projects and initiatives.  Hernandez received a Bachelor of Architecture degree from Cornell University and a Master of Arts from the School of the Art Institute of Chicago, where he is an Associate Professor.