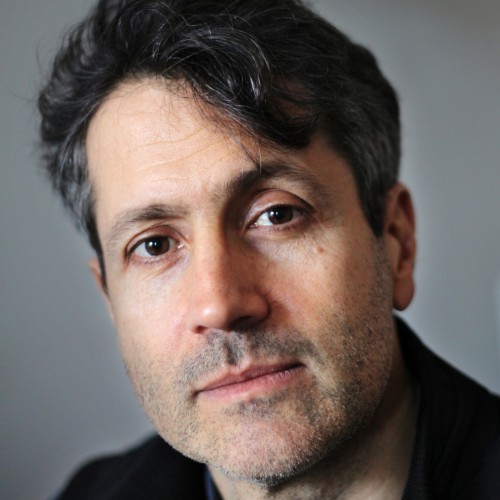 Luca Buvoli's museum solo shows include the Philadelphia Museum of Art (2001), the M.I.T. List Center, Cambridge (2000), ICA in Philadelphia (2007), and the Weatherspoon Art Museum in Greensboro, NC (2003), and gallery solo shows the John Weber Gallery (1995, 1997, 1999) and Hyundai Gallery, Seoul, Korea (2012). Group shows include the 2nd Johannesburg Biennale, South Africa (1997), and Greater New York at P.S. 1 (2000). An expanded multi-media installation was shown at the entrance of the Arsenale in the 2007 Venice Biennale, and a large outdoor project was installed at the Deutsche Guggenheim Museum in Berlin, in conjunction with the exhibition Utopia Matters in 2010. In the same year, a large permanent sculpture, Vector HH, was commissioned and installed in the Hobby Airport in Houston, Texas. In 2012, Buvoli was commissioned to design a large-scale public artwork in Seattle, Washington, to be completed in 2021.

His animated films and videos have been shown at the Museum of Modern Art and the Lincoln Center in New York, the ICA in Boston, and the British Library and the ICA in London among other places. Articles on his works have appeared in The New York Times, Art in America, Modern Painters, Art on Paper, Frieze, The New Yorker, Flash Art, and others. Clips of his animated video Velocitá Zero have been aired as public service announcements on Italian national television channels (and online) since 2008, with a message from the Italian Aphasic Association promoting awareness of the condition.

A Fulbright Fellow, he has received grants and awards from the Guggenheim Foundation, Barnett and Annalee Newman Foundation, New York State Council on the Arts, Creative Capital Foundation, and New York Foundation for the Arts. He has given lectures on his work at Harvard, Yale, Brown University, Columbia, M.I.T., Skowhegan, and many other international institutions and museums. Since 2013 he has been the Director of the Mount Royal School of Art, a multi-disciplinary graduate program at the Maryland Institute College of Art (MICA) in Baltimore.

Luca Buvoli is a 2017 Smithsonian Artist Research Fellow at the National Air and Space Museum in Washington DC. His artworks are in the collections of the Museum of Modern Art, New York, the Guggenheim Museum, and many other international museums, foundations, and institutions.