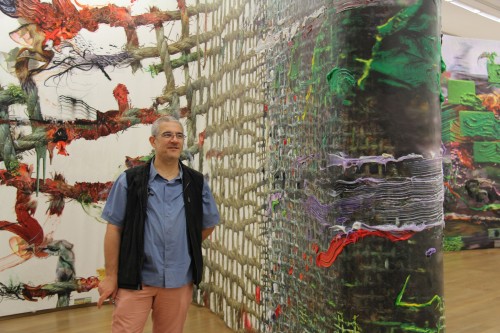 In 2004, a retrospective of his work was organized by the Kunstmuseum Liechtenstein organized, and a solo exhibition was mounted at the Miami Art Museum. Group exhibitions include the Corcoran Gallery of Art, Washington, DC, PS1 MoMA, New York, and Documenta 11, Kassel, Germany. He regularly exhibits with galleries in New York, Los Angeles, Berlin, Paris, Cologne and Barcelona. His multidisciplinary collaboration with architect Greg Lynn was shown at the Wexner Center for the Arts, Columbus, Ohio in 2001 and one with composer Claudio Baroni (animated operas and a 2005 scored, paintball performance) at Weston Hall in Toronto, Canada.