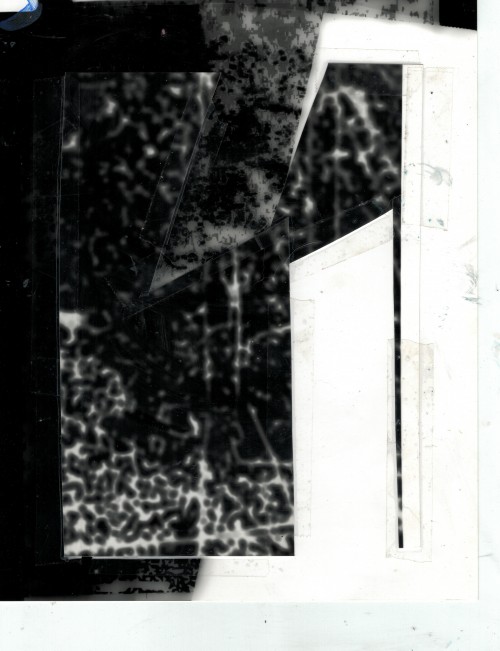 Hysen’s work often oscillates between drawing, printmaking and printing and painting via a collage modus operandi where making is shown to be thinking. Hysen’s visually and materially diverse practice allocates a space in painting for constant reinvention and rumination.

Solo exhibitions include Gallery 16 in San Francisco, The Suburban in Milwaukee and Marcello Marvelli Gallery in New York. Hysen has been part of numerous group shows nationally and abroad including Capital and et al. in San Francisco, Basilica Hudson, New York, Kunsthaus Bregenz in Austria, Kunstraum Kreuzber/Bethanien, Silberkuppe and Basso all in Berlin, Germany.

Morgan O’Hara was born in Los Angeles in 1941 and raised in an international community in post-war Japan.  Her practice researches vital movement of living beings through LIVE TRANSMISSION, a performative drawing process she invented in 1982.  O’Hara met John Cage when she was a twenty-year-old art student in Los Angeles, and his thinking, writing, and music have been a significant influence ever since.

O’Hara draws in real time with multiple razor-sharp pencils and both hands. She condenses closely observed movement into accumulations of graphite lines, combining the controlled refinement of classical drawing with the sensuality of spontaneous gesture.  Her LIVE TRANSMISSIONS render normally invisible or fleeting movement patterns visible, through seismograph-like drawing.

O’Hara’s work is represented in many public collections, including the British Museum; the National Gallery of Art, Washington; the Hammer Museum, Los Angeles; the Cranbrook Art Museum, Detroit; the Czech National Gallery, Prague; the Macau Art Museum, China; and the Stedelijk Museum, Amsterdam.

Doron Langberg was born in 1985 in Yokneam, Israel and now lives and works in New York City. He received his MFA from Yale University in 2012 and holds a BFA from UPenn and a Certificate from PAFA from 2010.

Tom McGlynn was born in 1958 in New Jersey.  An artist, writer, and independent curator based in the NYC area, he received B.F.A. from Ramapo College in New Jersey in 1980. and his MFA from Hunter College in 1996.

McGlynn’s work makes use of an orthogonal based geometric abstraction to explore intense color relationships comprised of carefully considered and saturated acrylic color deployed in rectangular shapes of varying ratios that are floating on grounds of white or pastel shades. Brendan Carroll Hoffberger ’11 wrote about McGlynn’s three-dimensional constructed wood panel boxes saying his  “visual language is drawn from a deadpan observation of the world around him” that reflects “the immediacy of simply looking at stuff...”

Recent shows include Rick Wester Fine Art in 2017 and Drawing Rooms in New Jersey in 2016.  His work is represented in many national and international collections including the permanent collections of the Whitney Museum, The Museum of Modern Art, The Metropolitan Museum of Art, Fogg Museum, Harvard University, and The Cooper- Hewitt National Design Museum of the Smithsonian . He has been a contributing writer to The Brooklyn Rail since 2012 and now serves as an editor- at -large. Currently a visiting lecturer at Parsons The New School for Design, McGlynn has also taught as an Assistant Professor at Castleton State College, Vermont, and also as a visiting lecturer at the Mason Gross School of Fine Arts at Rutgers University, NJ. 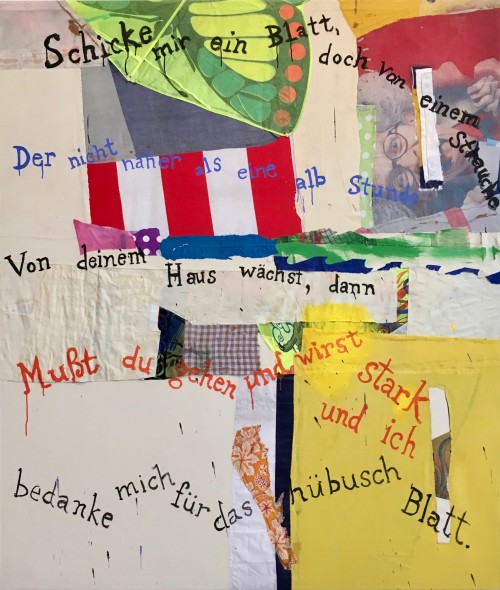 Joe Fyfe was born in 1952 in New York where he lives and works. He received his BFA from the University of the Arts in Philadelphia in 1976.

Both an abstract painter and esteemed art critic, Joe Fyfe’s works are simple but powerful abstractions made not only with paint but also with felt, fabrics, wood and writings. The inherent characteristics of any given or found material are presented and combined with a sense of formal invention. Using acrylic paint on primed burlap and jute, he limits his palette to a few colors in each work. Fyfe has shown internationally for over thirty years—recent solo exhibitions include Christian Lethert, Cologne, ACME, Los Angeles, James Graham & Sons, New York, Bernard Ceysson, Luxembourg, and Ryllega, Vietnam among others. His work was also featured in the renowned Times Square Show in New York in 1980, at White Columns in 2012 and Longhouse Projects in 2014. Fyfe’s writings on art have appeared in Art in America, Artnet, Artforum, BOMB, Kilimanjaro, Modern Matter, and elsewhere. He has curated exhibitions for Zurcher Studio, New York, Cheim & Read, New York, and Halsey/McKay in East Hampton, among others. He is the recipient of numerous residencies and awards, including a Fulbright Scholarship (2006-07), a Guggenheim Fellowship (2008), and a Pollock Krasner Foundation Grant (2004, 2015). He is a contributing editor in visual art at BOMB. He is represented by Galerie Christian Lethert in Cologne, Germany, and Bernard Ceysson, Luxembourg, Geneva, Paris and St. Etienne. 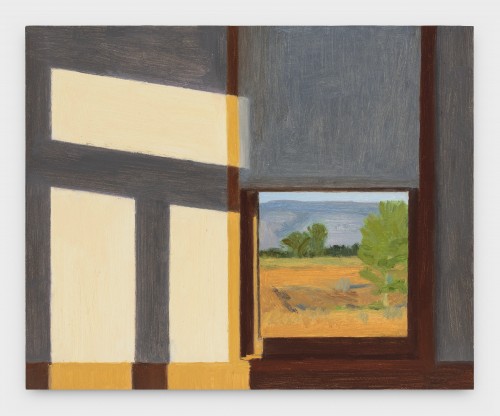 Eleanor Ray was born in Gainesville, Florida and now lives and works in Brooklyn, NY. She received her MFA from the New York Studio School in 2012 and has a BA in 2009 from Amherst College in English and studio art, as well she attended Worcester College in Oxford.

Her recent show at Nicelle Beauchene Gallery included numerous small paintings of Robert Smithson’s Spiral Jetty that conveyed the monumentality of his famous earthwork; the show also included views from Marfa, TX. She has been featured in three solo exhibitions at Steven Harvey Fine Art Projects, NY, and in recent group exhibitions at the College of William and Mary, Williamsburg, VA; The Center for Contemporary Art, Bedminster, NJ; Rothschild Fine Art, Tel Aviv; the American Academy of Arts and Letters, New York; Interstate Projects, Brooklyn; and BRIC House, Brooklyn. Her awards include a NYFA Fellowship in painting, residency fellowships at the BAU Institute in France and the Dumfries House in Scotland, and an American Academy of Arts and Letters Purchase Award. 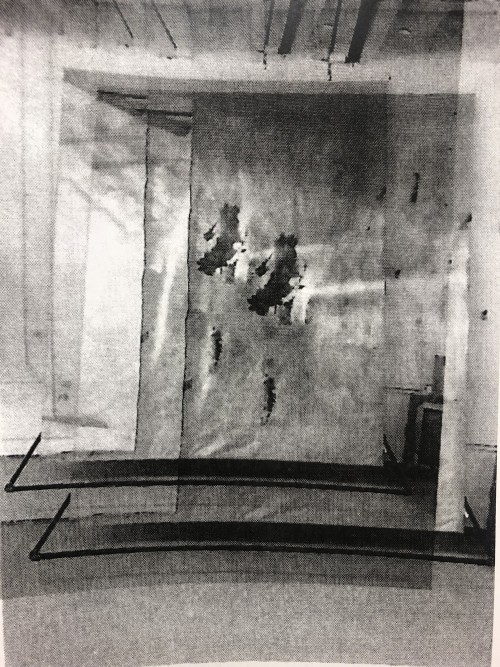 Rosy Keyser was born in 1974 in Baltimore, MD, she lives and works in Brooklyn and Medusa, NY. She received her MFA in 2003 from The School of the Art Institute of Chicago and her BFA from Cornell University in Ithaca, NY.

Keyser’s paintings are often large-scale gestural, tactile abstractions that embrace a lack of rules by seeking to use materials and forms that build upon and respond to the previous decisions. Sawdust, oil paint, enamel, and rusted steel, among other things, are applied to canvas in broad strokes, each material supporting “references to natural forces, our instinctual attraction to rhythm, the latent power of poetry, and historical concepts of the sacred versus the profane.”

She has shown extensively in New York and also in Berlin, London, Basel, Switzerland, Minneapolis, Houston, Los Angeles, Chicago and other locations. Keyser has been invited to work at the Chinati Foundation in Marfa Texas and her work is included in the collections of The Louisiana Museum of Modern Art, Denmark. The Maxine and Stuart Frankel Foundation, The Portland Museum of Art, Portland, Oregon and the Walker Art Center, Minneapolis, Minnesota.

Lan Zhenghui was born in 1959 in Sichuan, China. He graduated from Sichuan Fine Arts Institute in 1987, and currently lives and works in Beijing, China and New York.

Occupying the esthetic confluence between traditional Chinese ink painting and Western abstraction, Lan Zhenghui’s work serves to reposition both.  Zhenghui lets the ink flow and discover its own momentum in bold, kinetic, strokes as it determines his forms.  Working on both a monumental and intimate scale his powerful brush paintings carve a landscape in time where the spirits of Chinese landscape linger like ghosts, haunting both the process – the brushstrokes, the vectoring – and the resulting shapes.

Zhenghui’s work has been shown in the Flemish Art Museum in Brussels, the Art Institute of Chicago, the Venice Biennale, the Singapore Third Biennial and ArtInternational, Istanbul in 2015, the National Art Museum of China in Beijing, among others.  He is represented in the USA by Ethan Cohan Fine Arts in New York.