The awards were given based on the strength of business plans Duno and Orzal drafted and presented over the course of the one-day workshop.

For her winning business plan, Duno focused on The Menial Collection, a new arts and learning space she created as part of her Curatorial Practice thesis project.

Duno divided her MFA thesis exhibition into a series of four workshops at the Menial. Titled Circulation Desk, the series featured local and national artists, organizers, and educators, and engaged audiences of all ages. 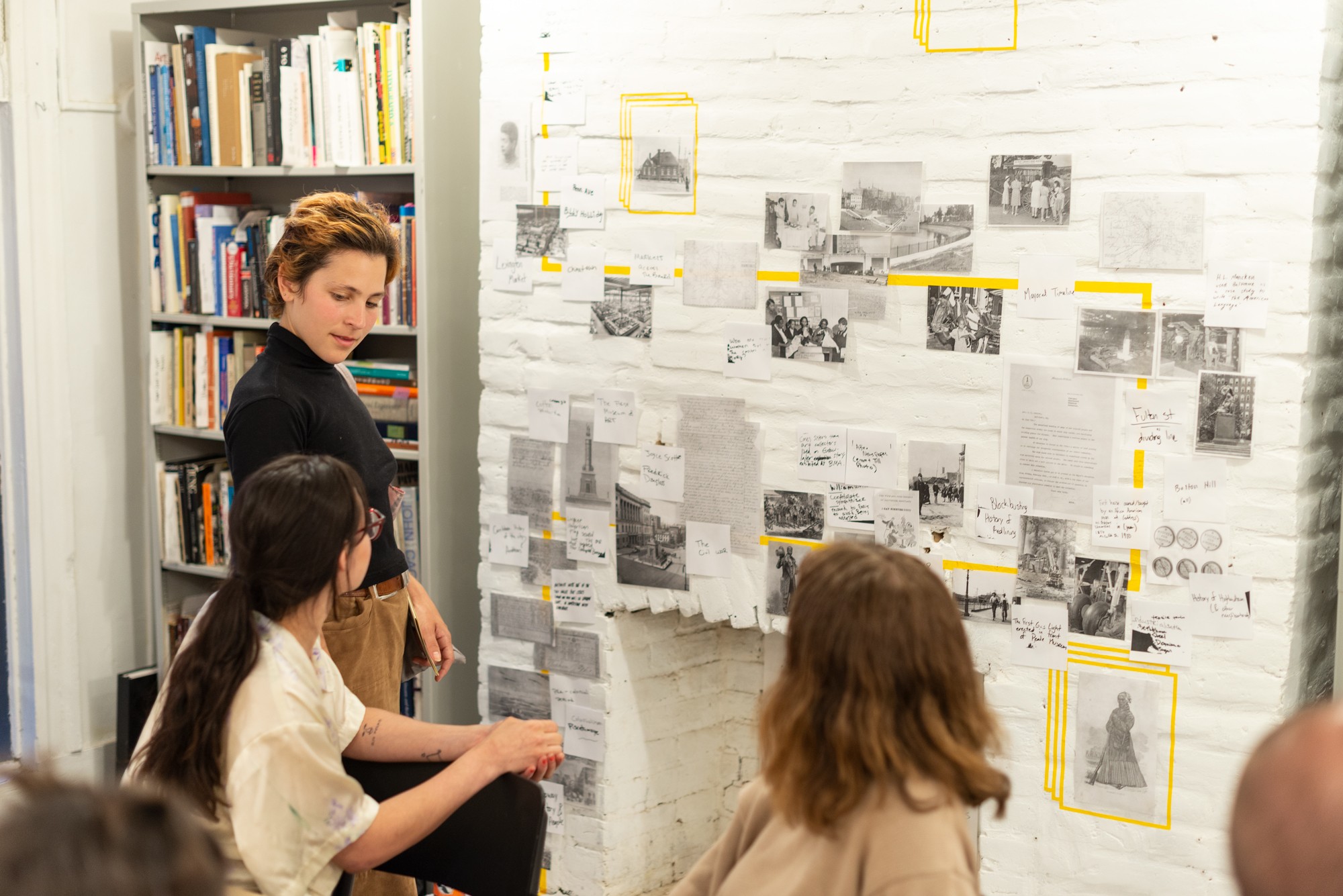 Workshop facilitators included Baltimore-based performance artist and organizer Ada Pinkston; the Brown Art Ink collective, a community incubator for women artists of color; and Pablo Helguera, Director of Adult and Academic programs at the Museum of Modern Art, New York. Each workshop invited participants to interact with books in the Menial’s library, share knowledge and stories with one another, and question the values and methods of traditional academic institutions.

Orzal’s proposal stemmed from the work of his intersectional arts collective, NoMüNoMü. Following his involvement in Save the Corcoran’s 2014 campaign to stop the sale and dispersion of the Corcoran Gallery of Art’s permanent collection, Orzal continued pursuing activism through art by founding NoMüNoMü, a group committed to supporting and providing opportunities to artists of color in the D.C. region.

Over the past four years, the collective has presented exhibitions, programs, and installations with partners in D.C. ranging from non-profit galleries like Transformer and Washington Project for the Arts to major art institutions like the Hirshhorn Museum and Sculpture Garden.

Orzal created his MFA thesis exhibition in response to the rapid gentrification of the Shaw neighborhood in Washington, D.C. Over the course of its three-month run, Hedonist Buddhist occupied a former Shaw retail space, transforming it into an art show, reading room, and community resource center. With the support of Washington Project for the Arts, Orzal organized regular events ranging from yoga workshops to lectures by activists and organizers to celebrations of D.C. gogo music.

These LAUNCH fellowships recognize how Duno and Orzal exemplify the core CP values of hands-on work, entrepreneurship, and institution-building.

With these funds, both curators are now growing their foundational projects and enriching the city’s cultural life. The Menial Collection is busy launching new programs in its original space; NoMüNoMü, meanwhile, has officially relocated from DC to Baltimore’s North Howard Street. Both projects continue to sustain the CP program’s commitment to the neighborhoods in which its students live and work.