Art and science are different ways of exploring the world, but together they have the potential to be thought-provoking, facilitate a science-society dialogue, and raise public awareness of science. For several years at MICA, we have been teaching an astro-animation class as a collaboration between animation students and NASA scientists.

This project was supported by an award from the Art Works program at the National Endowment for the Arts.

The astro-animation class is an undergraduate-level course jointly taught by an astrophysicist RobinCorbet and an animation faculty Laurence Arcadias, with three credits awarded for science and three credits for animation. The class meets for a total of 15 weeks for six hours each week. 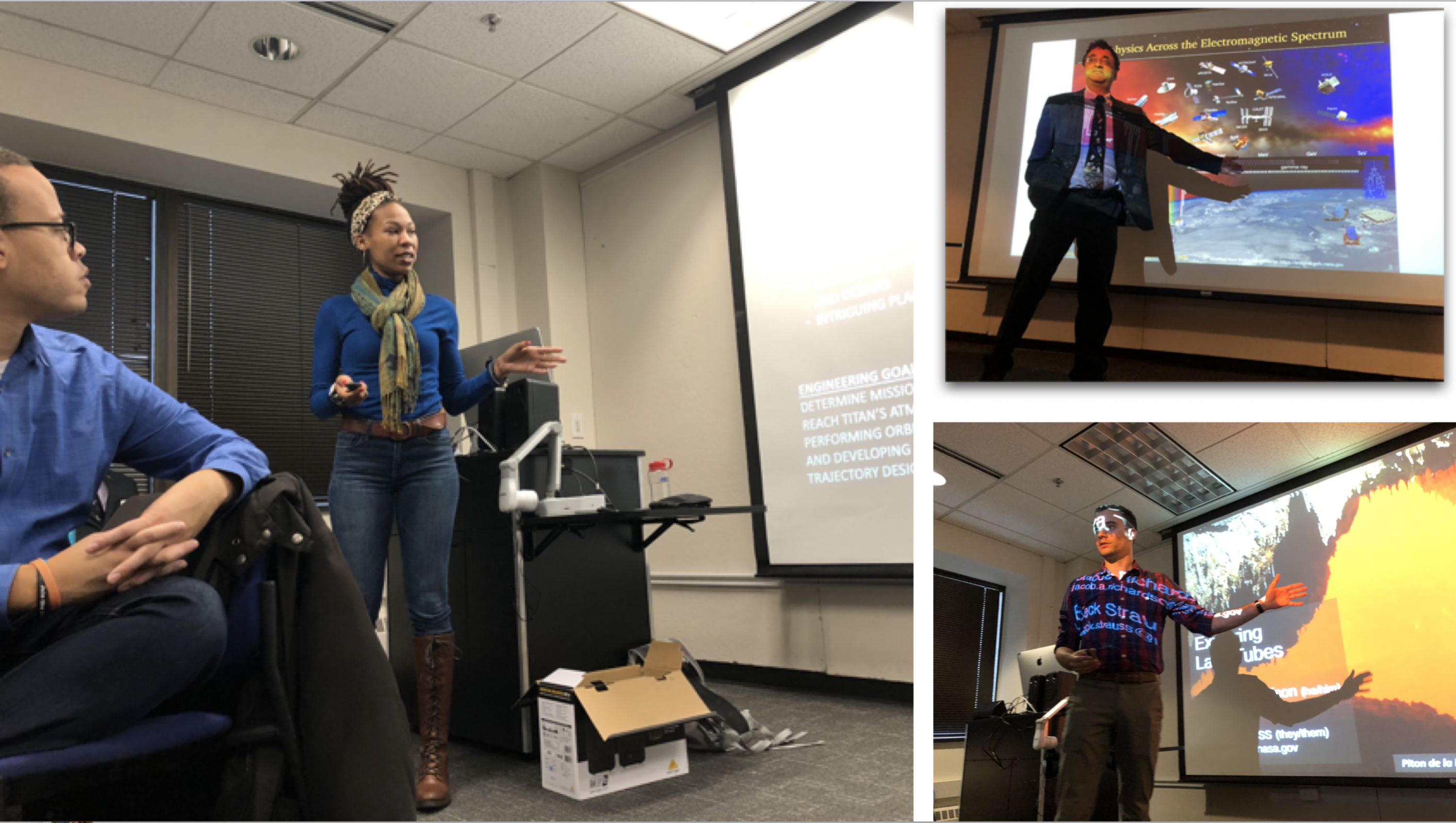 In week 3, a group of NASA scientists comes to the class to present their latest research topics such as black holes, supernovae, dark matter, and gravitational waves. 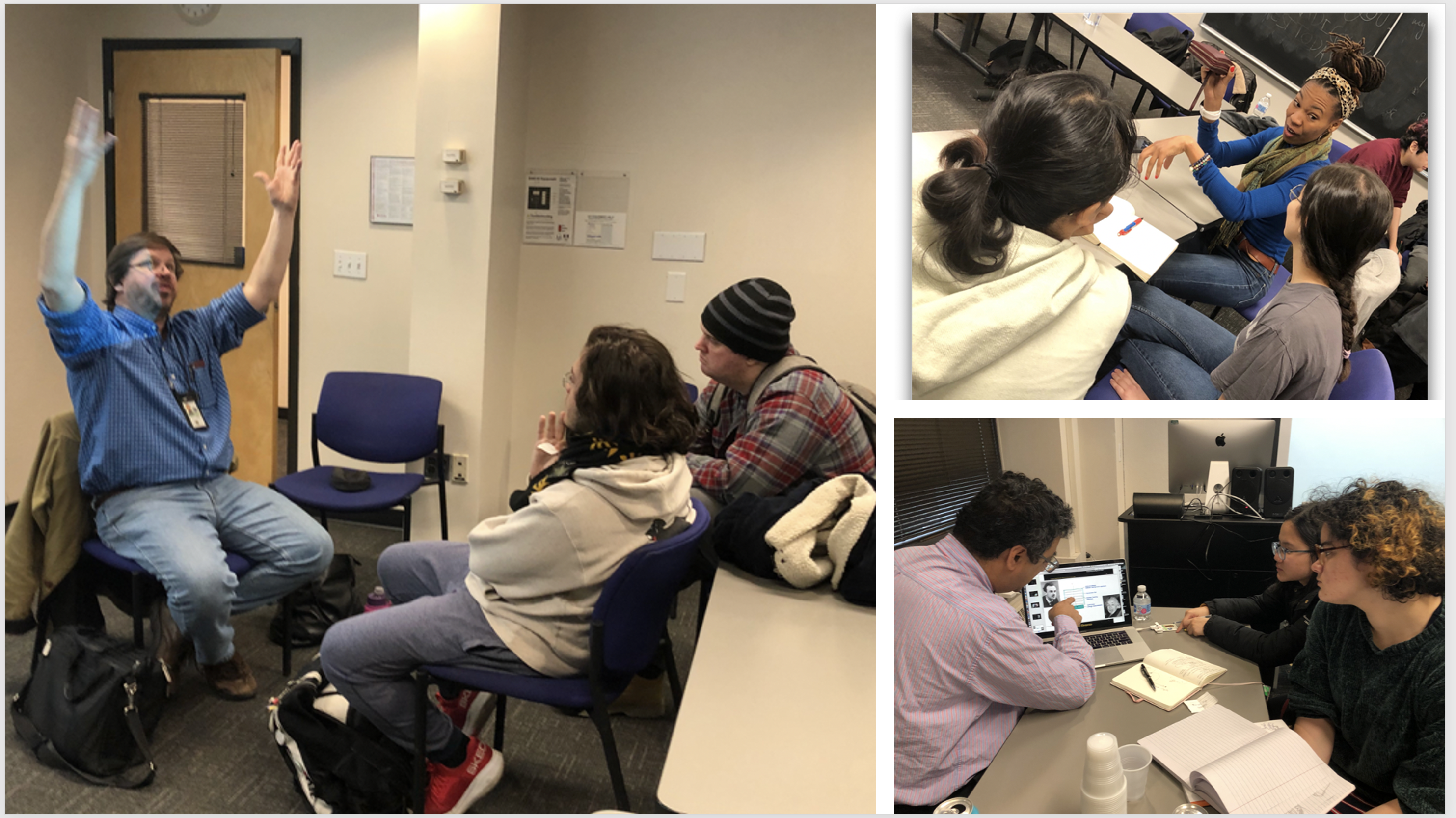 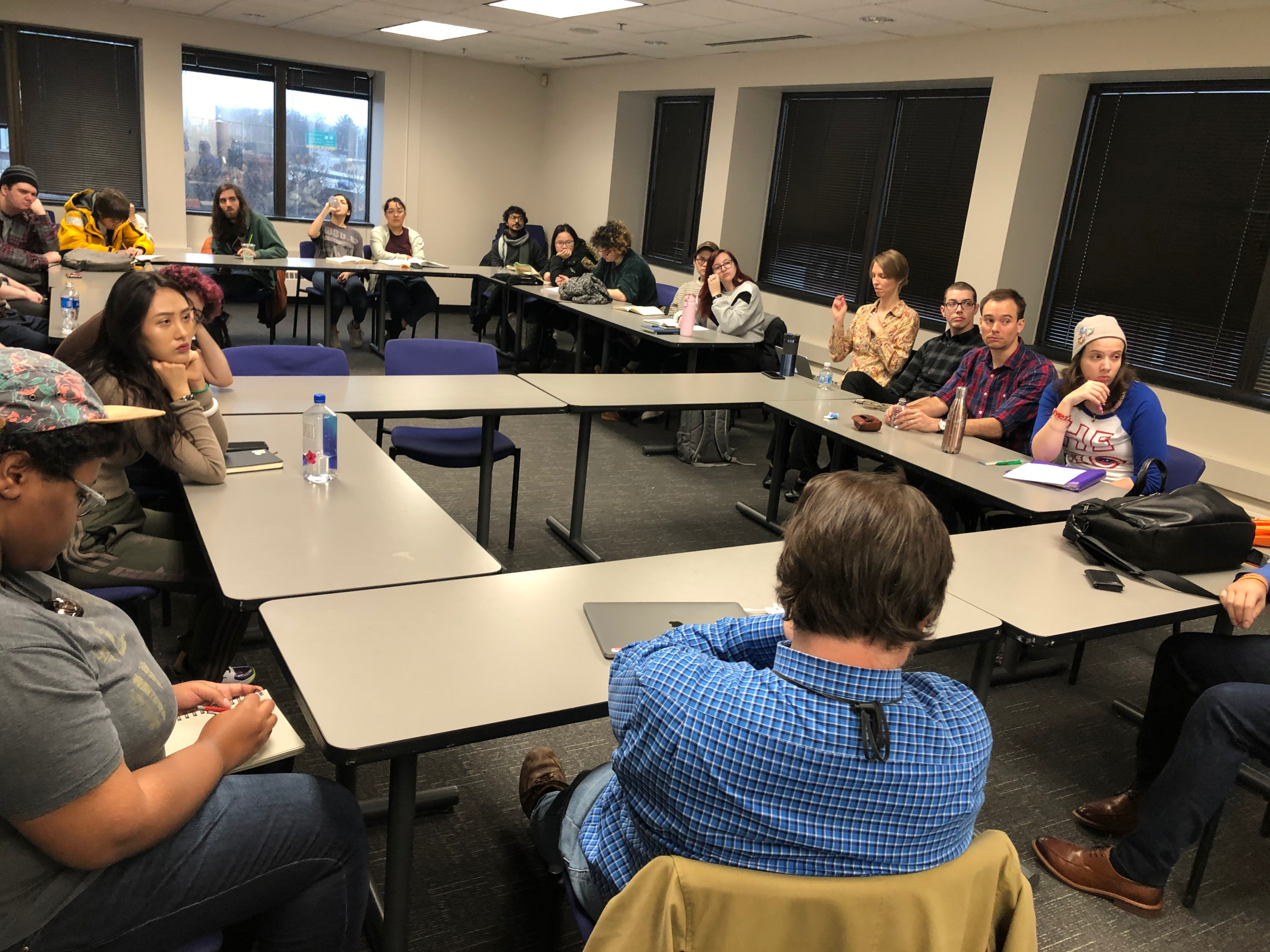 Students select a topic and work in groups. Each group works closely with a mentor scientist. 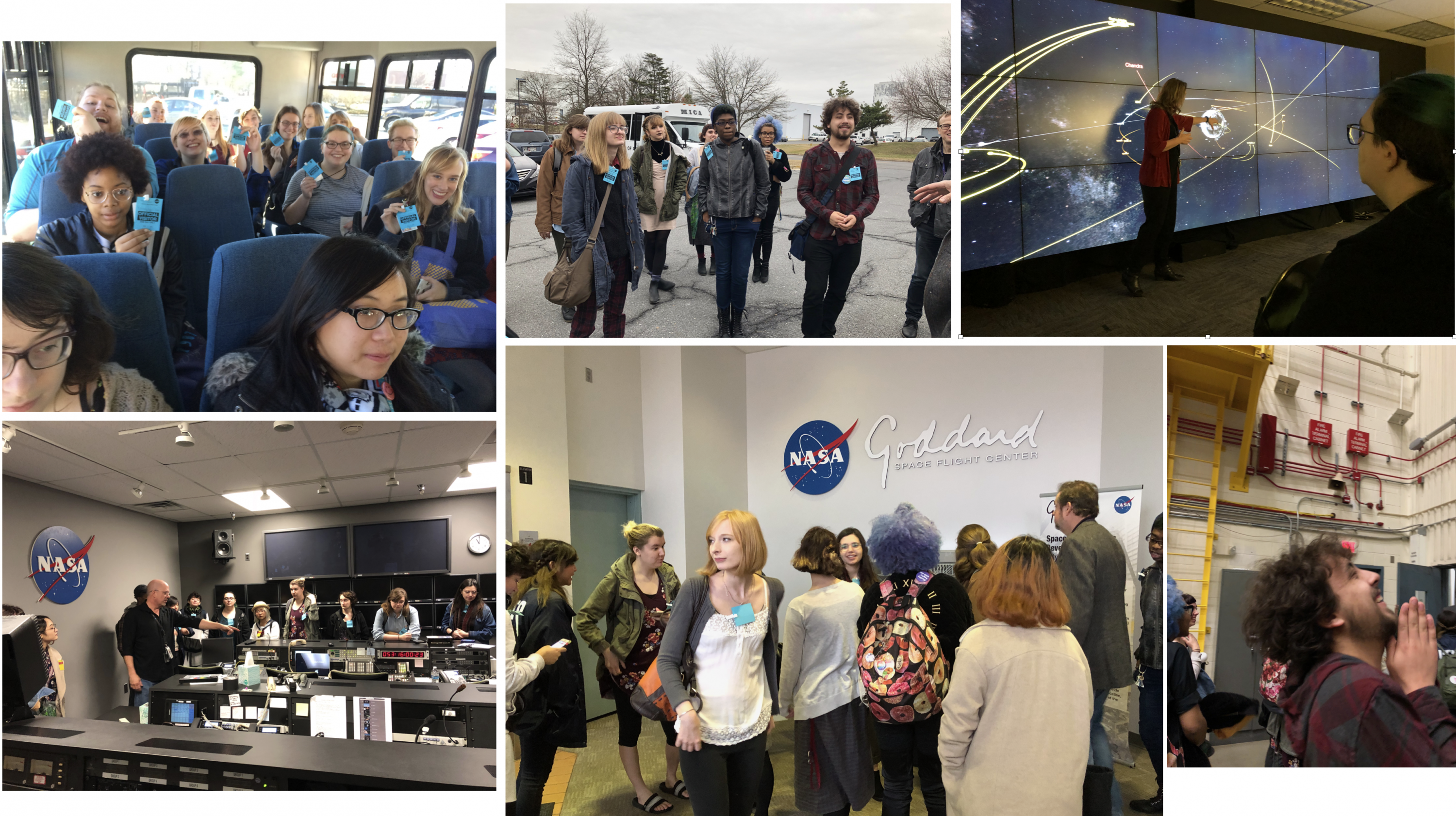 In week 5, students visit NASA Goddard Space Flight Center (GSFC) and are given a tour of the campus. 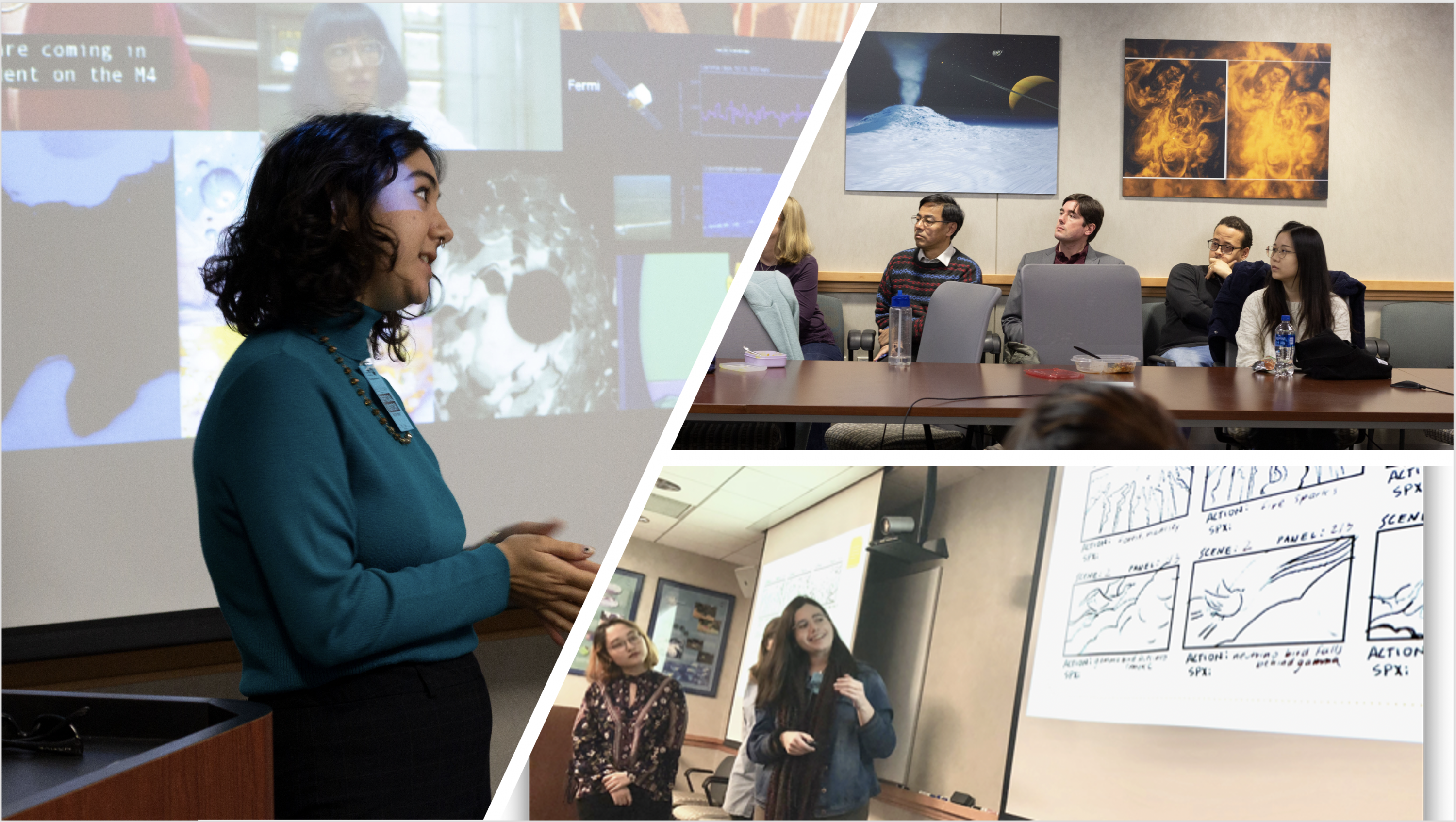 After the visit, the students present their concept designs and storyboards (animatics) to the scientists. During weeks 6 to 13, the students work on the production of their animations for their final screening at NASA GSFC visitor center. 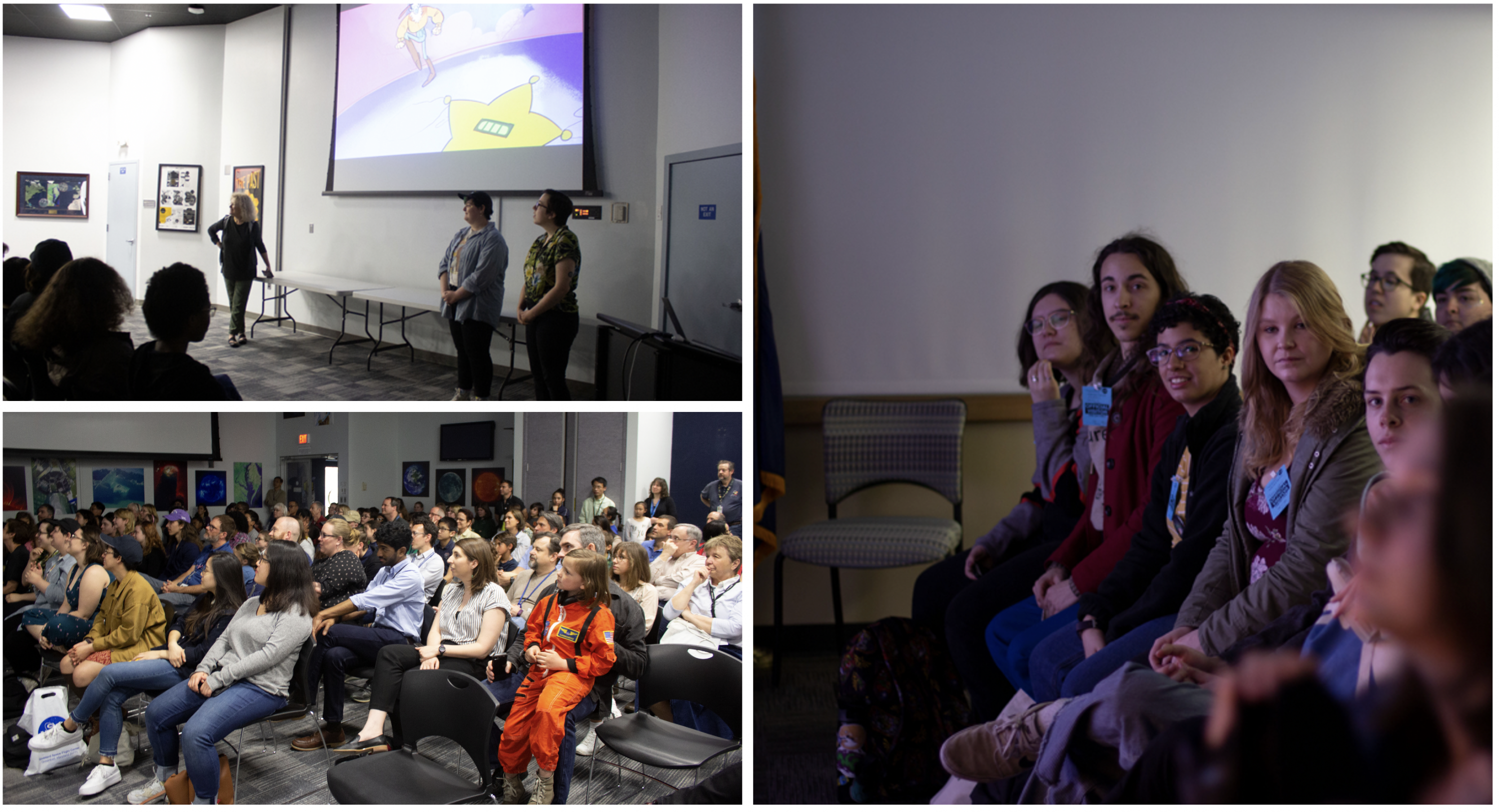 Screenings on “Take Our Daughters and Sons to Work Day” at NASA Godard visitor center. The most recent screening had a large audience that included many employees with their children. This year with the pandemic, the screening was done online . 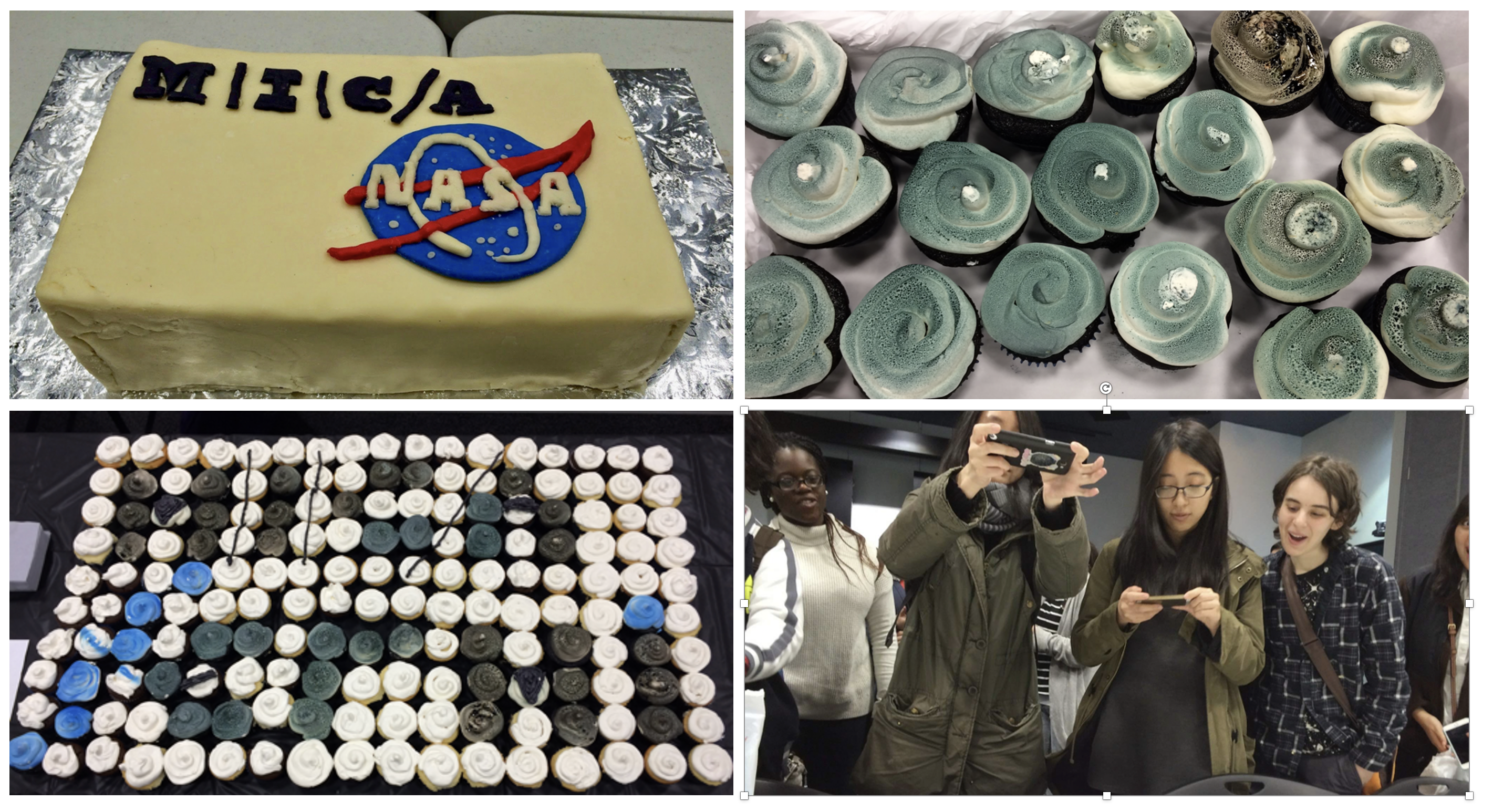 Every year for our final screening, the Fermi Cake Committee has been treating us very nicely!

MICA students have been working with Goddard scientists to produce short animations illustrating, or inspired by, astronomical research. Topics include the Moon, Mars, Saturn’s moon Titan, neutron stars and more – with some unique twists. Animators have been working from around the world to complete their films, despite recent limitations in available technology.