“I find that if I’m pretty honest with my students, like ‘hey, there’s this thing that I wanna learn how to do, do you wanna learn it too?’ Their answer is always yes,” she said.

But it’s in Epic Fail, a class she devised, where her experimental approach to innovation really takes hold. Frye saw that her students needed a space where they could learn by diving headfirst into uncharted territory with the freedom to screw up.

“I wanted the designers to have that balance where it was not just about problem solving but about problem forming," she said. "Deciding what your own prompt is helps you in the real world.”

Every semester, her students attempt something they don’t know how to do — neither does Frye. The ultimate opportunity arrived two years ago when they, along with two other university engineering classes, were tasked by the Smithsonian with designing a toy for the elephants at the National Zoo. The zoo is home to two self-isolated tribes of Asian elephants, who rarely interact unless they’re playing a game together.

“How I heard it was: We need a toy to help elephants make friends. So I said, yes, where do I sign?”  she said, adding, “Nevermind the fact that none of us really knew anything about elephants." 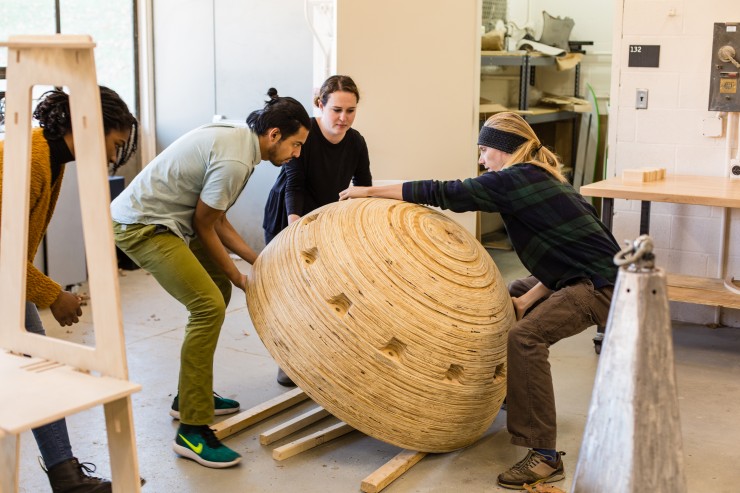 Frye and her students quickly learned that elephants get a kick out of knocking down objects and watching them pop back up. So they created a weeble-wobble toy that not only sprung back up after being pushed down by a six-ton animal, but allowed the elephants to engage in another favorite activity: stacking tires. On the last day of class, Frye and her students brought their new design to the zoo, where the toy was met with several pairs of flapping ears — the elephant equivalent of laughter. The other university groups never completed their work.

“What I love about MICA students is it doesn’t occur to them not to finish,” Frye said. “I think that’s why MICA students make such good additions to any design team or any kind of problem-solving team out there, because they’ve got that spirit of solving it yourself. And also that intellectual curiosity that you can’t teach, but many of our students have inherently.”

Frye will soon bring her own spirit of inquiry to the Hopkins Extreme Materials Institute (HEMI), where, as an artist in residence, she plans to utilize the visual patterns being researched to create educational objects. And like Frye, HEMI’s mission and areas of focus are multifold. At Hopkins’ Homewood Campus, HEMI researchers explore complex materials and structures under extreme conditions (i.e. high temperatures, nuclear events, natural disasters, etc.) and exhibiting extreme performance in an effort to confront future dangers faced by people and the planet.

“I want to see if I can make some toys that let you engage with their work in an embodied way,” she said. “For the same educational reasons that I thought it was good for designers to work in an environment where you can take risks and fail, I think it might also be helpful for the Hopkins grad students and faculty who are doing this really intense research: What does their intuition tell them? Could some kind of artistic interaction inform their research in some way?” 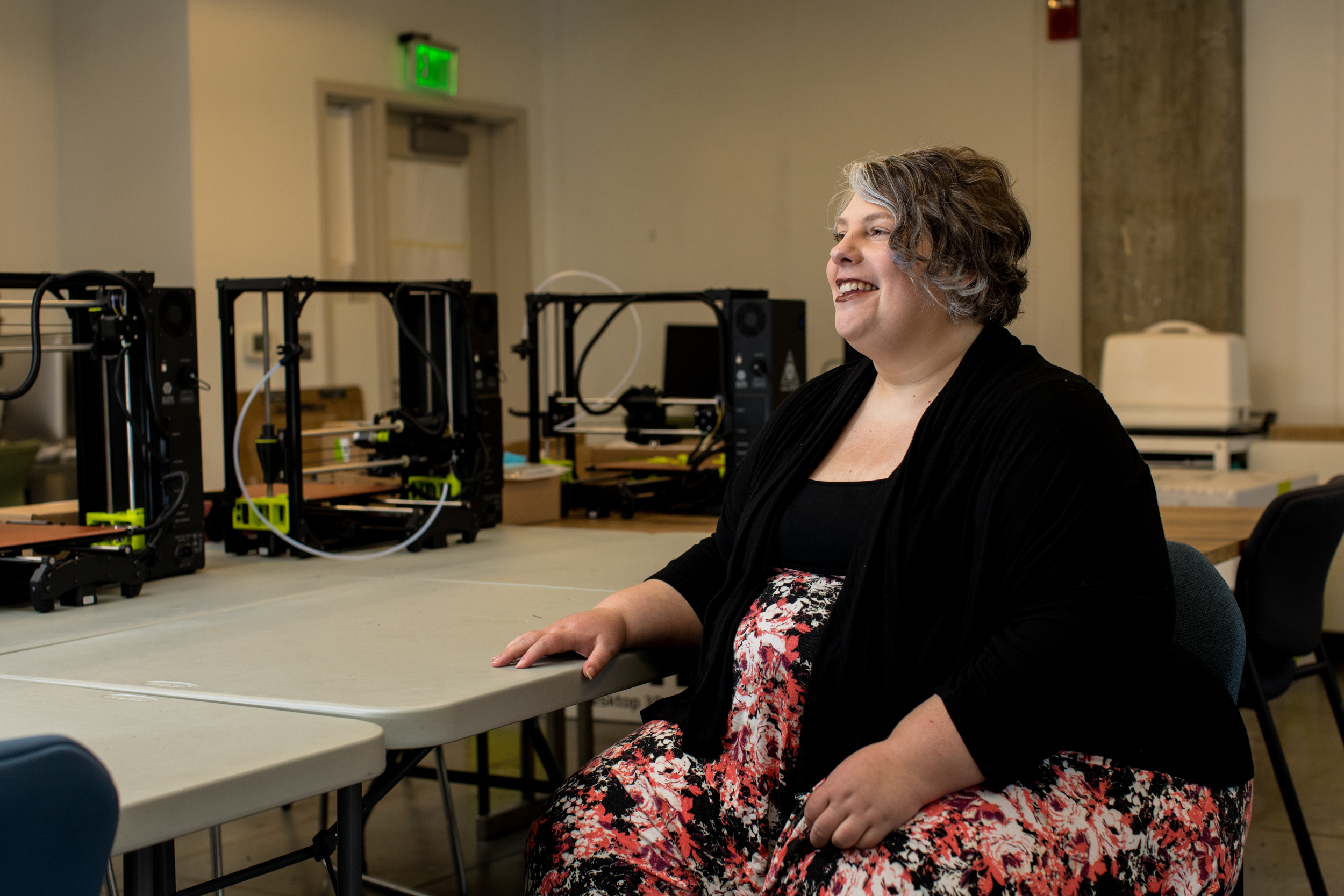 The match couldn’t be more fitting, as Frye already holds deep interest in HEMI’s areas of study, which include crystals. By the way, she can speak at length about the connections between crystallography, the origins of kindergarten, and the history of art school.

“I love to be around creative people who aren’t necessarily artists, or don’t consider themselves artists, and who have such different ways of thinking and working — which is exactly why [the researchers at HEMI] want me to come,” Frye said.

“I’m gonna look at their work and I’m gonna go on some weirdo tangent that has nothing to do with what they’re doing. But they have found that that’s helpful to them, and they value what artists and designers bring to the table.”