Chances are, even if you’re not a fan of contemporary R&B music, you’ve heard of Beyoncé’s most recent work, Lemonade. Released last April and accompanied by the simultaneous debut of a one-hour film on HBO, the visual album was an instant cultural phenomenon. It is lyrically haunting, and is graced with powerful, often emotional imagery. It is also stuffed so full of literary and historical references that it makes librarians drool.

At least, that was its effect on Jenny Ferretti, the digital initiatives librarian at MICA. 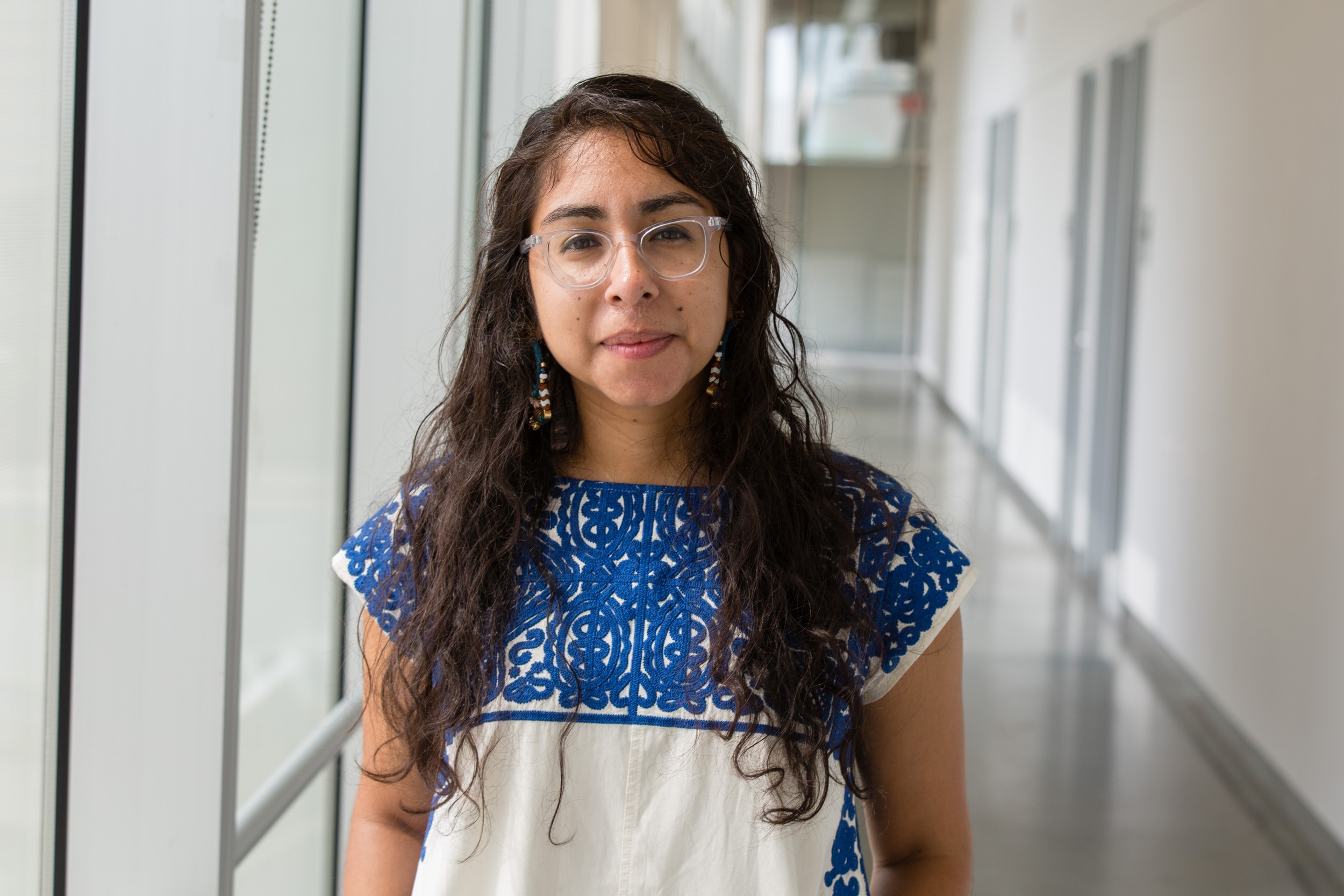 Ferretti was so inspired by the work that within days of its release, she published the Lemonade LibGuide — or an online research guide — filled with information, videos, articles, and other materials that explore the numerous references found in Beyoncé’s groundbreaking visual album. And as soon as the LibGuide was online, Ferretti tweeted the news to her followers.

The news reverberated across Twitter and the library research community, and within 24-hours, the Lemonade LibGuide had over 14,000 views. Among those retweeting Ferretti’s news was the New York Public Library, which has over 1.5 million followers, and the NAACP. A reporter from Baltimore’s City Paper contacted her about the LibGuide’s success almost immediately, while online blogs reached out as well.

Ironically, Ferretti doesn’t often listen to Beyoncé’s music. As she noted, “I wasn’t a fan, but I happened to be home the Sunday the visual album was playing on HBO; and because the trailer for it was so vague, I didn’t know what to expect. I decided to watch it, and I was completely blown away.”

In a subsequent call to her family, Ferretti gushed about the piece and began outlining all of the things she found interesting in Lemonade — such as snippets of a Malcolm X speech used in the work and imagery inspired by New Orleans’ Mardi Gras Indians. Those items outlined during that phone call became the backbone of what she would create a few days later.

“In creating the guide, I was hoping to give students a small window into what went into making Lemonade and to show them what kind of work there is in the industry,” Ferretti said. “Seven different directors worked on the film. There were stylists, cinematographers, a large team that’s similar to teams that build large-scale, three-dimensional artworks.”

Ferretti also realized that some students might be more familiar with Beyoncé than some of the literary and historical references used throughout the visual album. She said that by engaging those students with an experience they can relate to, such as Lemonade, she can shift the conversation into ways students can deepen their educational experience at MICA.

“Art is information. I want students at MICA to understand that,” she said. “A great deal of research went into Lemonade’s production. There were three lines from a Malcolm X speech used in Lemonade, and someone had to find that clip of him speaking. That’s a connection I hope students can make.” She added, “In one part, we see the faces of mothers of victims of gun violence placed front and center, but the audience isn’t told who they are. A student might not recognize them — they included the mothers of Trayvon Martin and Michael Brown. It’s powerful and emotional, and I want students to have the resources to look that kind of detail up.”

Ferretti continues to add to the guide, incorporating materials sent to her over Twitter and from colleagues at MICA. As she explained, “Siân Evans, our instruction librarian, mentioned a Pipilotti Rist video — where she was smashing car windows, and smiling in a dress. That’s imagery seen in Lemonade. Seeing Beyoncé smashing windows, and seeing this 1997 video that’s performance art and there’s a record of that work at MOMA — it’s a great connection for students to follow.”

Currently, the Lemonade LibGuide has over 60,000 views. It includes information about literary works associated with the album; about Warsan Shire, the Somali-British poet — named the first Young Poet Laureate for London in 2014 at age 25 — whose work is read by Beyoncé in between Lemonade’s tracks; about the album’s art and culture references, including influences from filmmakers such as Terence Malick; and details about the collaborative team responsible for the visual album’s creation. The guide even includes a map to give users an idea of the locations used during the making of the film.

To conduct your own research into the Lemonade sensation, visit libguides.mica.edu/lemonade.