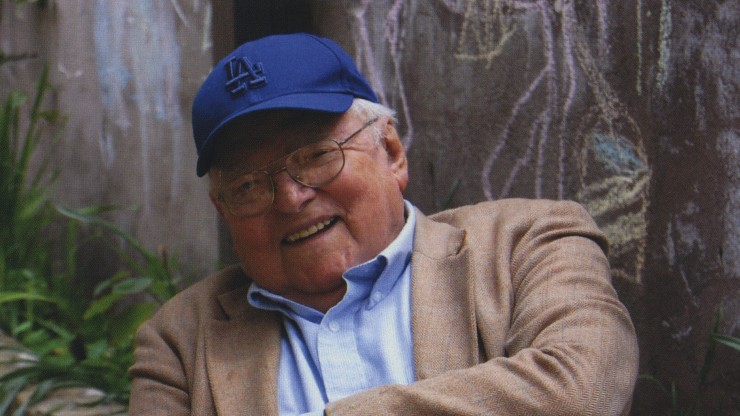 MICA Chair Emeritus in Art Education and alumnus Dr. Al Hurwitz '41, who passed away on Saturday, March 24, 2012 leaves a lasting legacy on the College and the international art education community.

"Al was a wonderful teacher and mentor, and through his teaching and by the power of his personality and persona, he has influenced many of us who worked with him," President Fred Lazarus IV said. "Al, who was highly respected by his peers, will be greatly missed but never forgotten."

After a full career in art education, Hurwitz returned to his home state and alma mater in 1984 to re-energize the art education program at MICA. During his tenure as chair and graduate director, he laid the groundwork for the Master of Arts in Teaching (M.A.T.) program and remained active as a faculty member well into his 80s. He recruited Karen Carroll, Ed.D., current dean of art education, and together they built the program.

"Al Hurwitz gives new meaning to ‘lifetime achievement,'" Carroll said. "Having ‘retired' ... at an age when he could have retreated into his canvases and books, Al took up a new challenge, to rebuild the art education program at the Maryland Institute College of Art. Once there, he launched a new Master of Arts in Teaching program and put MICA back on the art education map," she continued.

Over 50 years, Hurwitz's career in art education included teaching at all levels, as well as supervisor of art in the Miami-Dade County (Fla.) school system and the Newton (Mass.) Public Schools. During his tenure in Massachusetts, he earned his doctorate in Art Education from the Pennsylvania State University.

A native of Maryland, he had attended children's classes at MICA and later studied art education under Leon Winslow and Margaret Glace. Retiring to the state, he reconnected with the College and was invited by Lazarus to revitalize the art education program. He began by laying the groundwork for the M.A.T. degree and put MICA back on the art education map by sponsoring conferences based on issues at the forefront of the field.

Hurwitz was very active in the international art education scene. He served as president of International Society for Education through Art. He conducted tours for art educators to Russia, Japan, Australia, New Zealand, Fiji, Israel, Egypt, and Turkey, and was the leader of the first tour for art educators to China. He gave keynote addresses and lectures in Korea, Qatar, South Africa, Israel, Egypt, Spain, Brazil and Taiwan.

Hurwitz was a prolific writer, publishing 10 books including Children and Their Art, a fundamental textbook for primary art educators. Hurwitz had re-retired to Martha's Vineyard to paint and write, keeping his work active until shortly before his passing.

Hurwitz received virtually every award in the field of art education. Most recently, he was honored with the inaugural Eisner Lifetime Achievement Award, the NAEA award recognizing individuals who have made notable contributions to the field of visual arts education through a lifetime of work.

The MICA study center for art education is named after Hurwitz. The study center, located in the Fred Lazarus IV Center for Graduate Studies, features a reading library with Hurwitz's collection along with gifts from many of his friends and colleagues.

Born in 1920, Hurwitz holds an M.F.A. in Theatre from Yale as well as his credentials in art education. A celebration of his life was held in the late spring of 2012.

Contributions may be made to The Al and Helen Hurwitz Scholarship Fund via our donation page here.