Joyce J. Scott ’70 (Art Education B.F.A.) has been named a 2016 Fellow of the John D. and Catherine T. MacArthur Foundation. The fellowships, popularly known as “genius” grants, are awarded annually and carry a five-year, $625,000 prize, which recipients are free to use as they see fit. This honor “was completely unexpected but it is a validation and a giant embrace from my peers and from those who do this kind of thing, for my years of being a migrant worker for the arts — that’s what I call myself,” Scott said.

“This honor … feels like a big kiss on the cheek. It’s much more than a monetary gift, it says that the things you have been pursuing have been worth it.”

The MacArthur fellowships have been awarded since 1981. Fellows, brought to the foundation’s attention by an anonymous pool of nominators, do not apply for the money and are not informed they’ve been chosen until shortly before the awards are announced. The unusual level of independence afforded to Fellows underscores the spirit of freedom intrinsic to creative endeavors. The work of MacArthur Fellows knows neither boundaries nor the constraints of age, place and endeavor.

“While our communities, our nation and our world face both historic and emerging challenges, these 23 extraordinary individuals give us ample reason for hope,” MacArthur President Julia Stasch said in a statement. “They are breaking new ground in areas of public concern, in the arts and in the sciences, often in unexpected ways. Their creativity, dedication and impact inspire us all.”

A native of Baltimore, Scott is best known for her use of small, delicate beads to craft strong messages of societal issues embedded in gender, race and class. This latest honor follows a May 2016 announcement that she topped the list of the Baltimore-based Baker Artist Awards, winning the $50,000 Mary Sawyers Imboden Prize.

And at first, Scott just couldn’t believe she had really won.

“I thought someone was playing a joke. I just got the Baker award and I thought people were joking with me,” said Scott, 68. “Like ‘Here Joyce, now you have the MacArthur Award. And next you’re going to be the Vice President of the United States.’”

“If you’re going to invest that much money in someone, you want them to be around long enough to spend it,” she added, with a laugh. 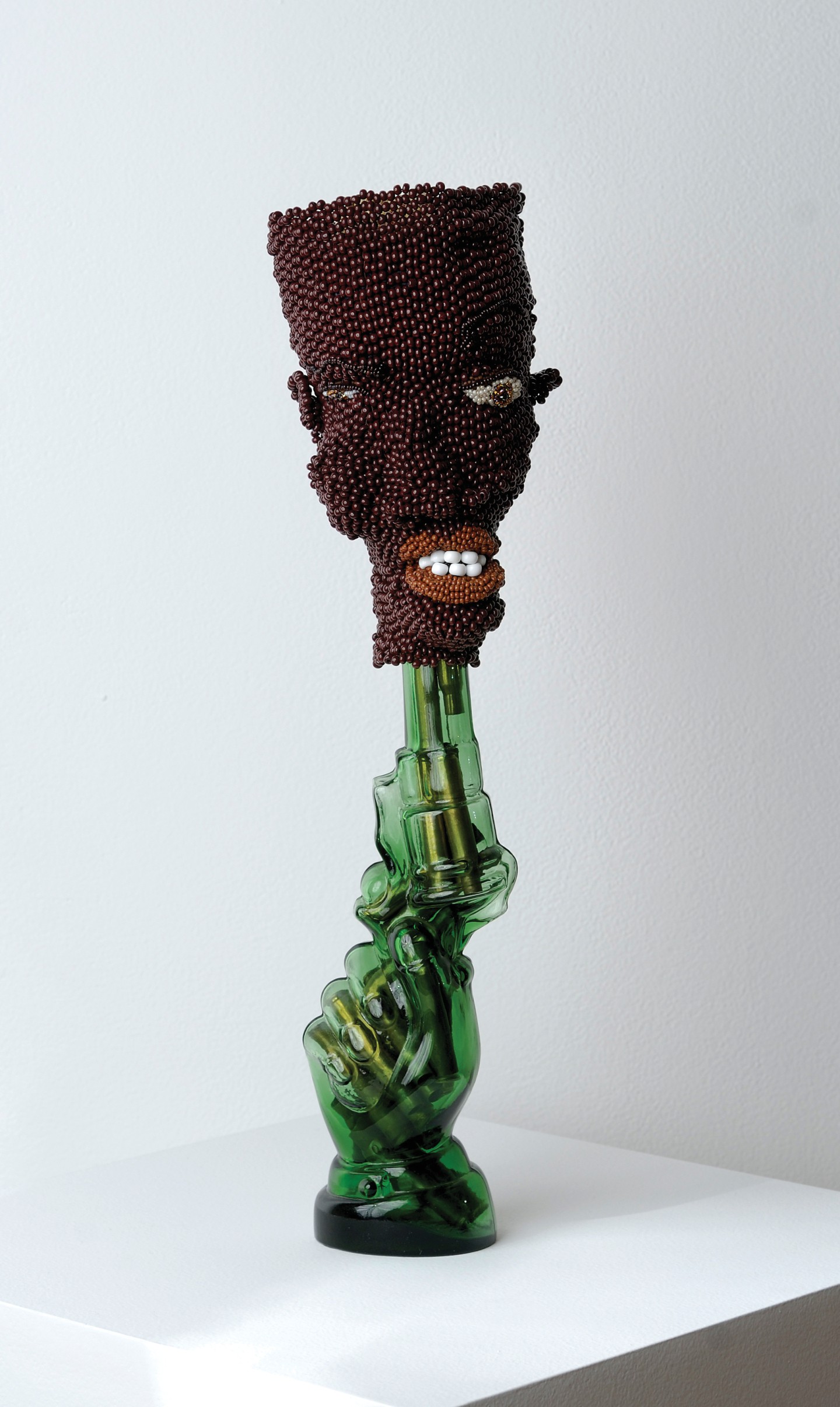 In addition to her B.F.A. from MICA, Scott received an M.F.A. from the Instituto Allende in San Miguel de Allende, Mexico. Educated in Baltimore City public schools, Scott’s earliest art lessons were received at home from her mother, Elizabeth T. Scott, who was an internationally recognized fiber artist.

Scott’s work has appeared in solo and group exhibitions at the American Craft Museum; The Corcoran Gallery of Art; The Renwick Gallery; The Orlando Art Museum; the Museum of Art and Design; the Fuller Craft Museum; the Smithsonian American Art Museum; the Studio Museum, Harlem; the Taft Museum, Cincinnati; and the Metropolitan Museum of Art. Her work is held in the public collections of numerous national and international museums. She has been awarded honors from the National Endowment for the Arts, the Louis Comfort Tiffany Foundation, the Maryland State Arts Council and Anonymous was a Woman.

In 2000, a 30-year retrospective of her work, “Joyce J. Scott: Kickin’ It with the Old Masters,” was presented at the Baltimore Museum of Art in collaboration with MICA’s Exhibition Development Seminar.

“Joyce Scott has dedicated her life and art to confronting stereotypes and social and racial injustices while innovating craft along the way,” said MICA President Samuel Hoi. “MICA is so proud to have been part of Joyce’s career and journey. Our students are fortunate that she still incorporates teaching as part of her practice. Her unique voice and fierce dedication to Baltimore truly inspire our rising creatives.”

And the feeling is certainly mutual for Scott, who insists she shares her award with the hometown city she loves so much.

“This is truly a Baltimore award — it shows that someone can have a profound voice in the arts and still live in her community,” Scott said. “This is something we can all smile about. It says Baltimore is a great city to live in and great things can happen to you right where you are.”