The work of painter Amy Sherald ’04 (Hoffberger School of Painting M.F.A.) was always autobiographical in nature, but the artist says her move to Baltimore to attend MICA changed that — and since earning her M.F.A. in 2004, her pieces have taken on a social content with an allegorical twist. Known for her portraits of African-American models she pulls from everyday life, as well as her use of grayscale skin tones that challenge the concept of color-as-race, Sherald’s star is on the rise.

In 2016, Sherald became the first African American and the first woman to win the National Portrait Gallery’s Outwin Boochever Portrait Competition. Her winning entry, Miss Everything — in which a woman holding a teacup with white-gloved hands stares back resolutely at viewers — features a local baker as model and was inspired by a blue teacup found in a vintage store in Baltimore’s Hampden neighborhood.

“Sometimes I find the costume first and then have to find the person to model, as I did with Miss Everything. I will wait as long as a year to find the right person for each piece,” she explained. “I can be in the grocery store — anywhere — but when I see the person I want, I know it immediately. The person embodies the depth and weight of black history, along with an aesthetic self-fashioning of that history.” 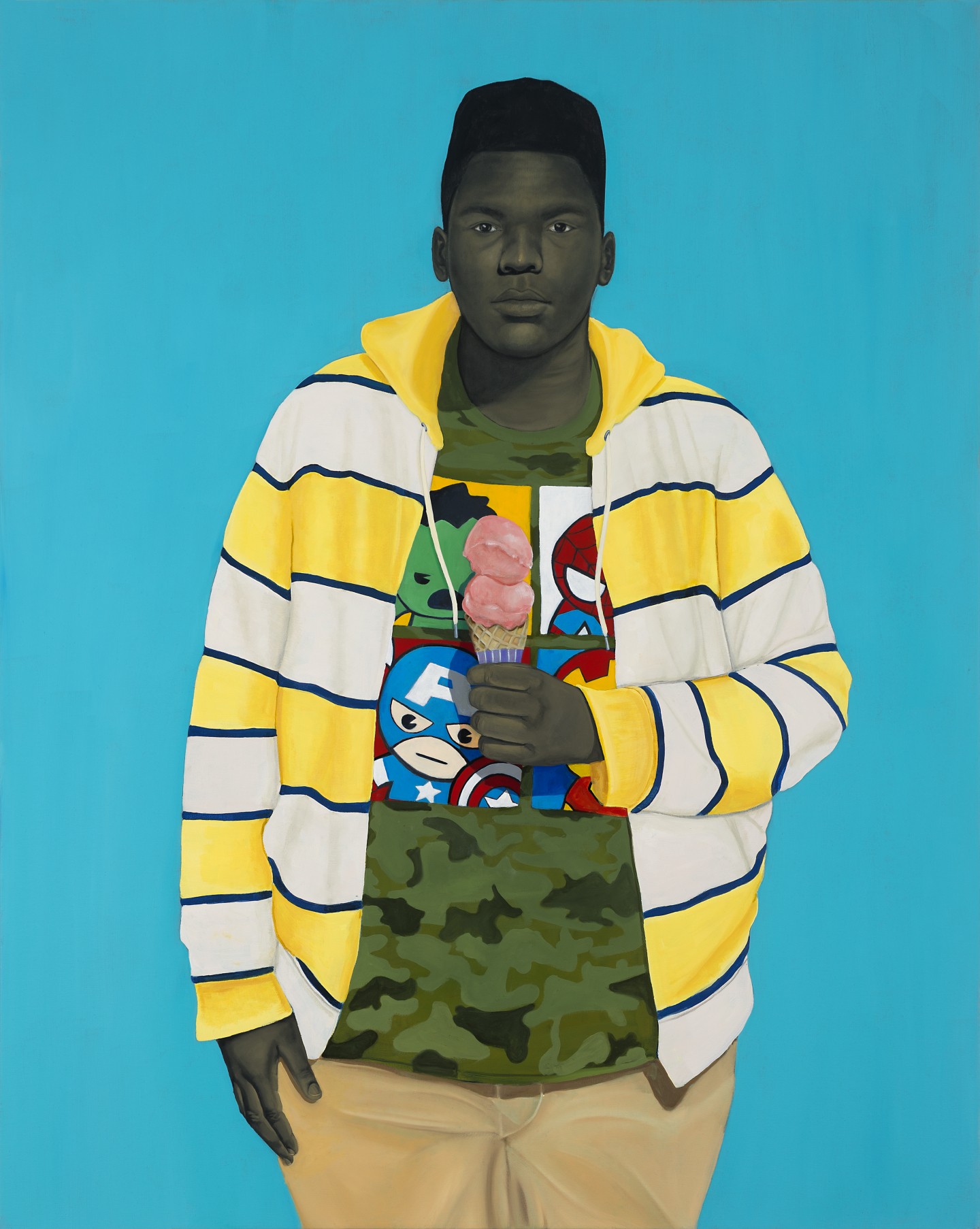 After graduating from MICA, Sherald secured a prestigious private study residency in Norway with well-known painter Odd Nerdrum and, in 2008, attained an artist residency at the Tong Xion Art Center in Beijing. A Jurors Pick for the New American Paintings Edition 88, her work is in the National Museum of Women in the Arts and the National Museum of African American History and Culture in Washington, D.C. Her prizes include a Pollock-Krasner Foundation Grant and the Joan Mitchell Foundation Painting and Sculpture Grant.

Despite the growing attention and acclaim, Sherald continues to live and work out of Baltimore.

“Baltimore is a great city. It has great potential and a warm soul at its core,” she said, adding, “Being a college city in many ways, there’s a constant influx of people. If you are someone who thrives on learning about people different than you, if you are solution driven, and if you aren’t afraid to experience things outside of your comfort zone, then Baltimore is a great place. It also is a great place to have an ‘office,’ in that it has lots of affordable studio spaces. That, for me, is everything.”

The irony is, MICA was one of the last colleges Sherald looked into when applying to graduate school. She noted, “A friend told me about MICA, and my decision really came down to when the deadline for applying to graduate programs was. MICA’s deadline was after most of the schools in New York that I was considering. It turns out to be the best decision I could have ever made.”