Sarah Belisle ’16 (Interactive Arts BFA) never considered herself much of a “sports person.” At MICA, the New Hampshire native spent most of her time studying and creating virtual reality games, coding and mixing sound.

That all changed in 2016, when she became a pyrotechnic designer for Image Engineering – a Baltimore-based entertainment company.

Among the many events she creates fireworks shows for: Fourth of July celebrations, National Football League games, including the Baltimore Ravens, San Francisco 49ers and Cleveland Browns, and every Friday Baltimore Orioles home baseball game. 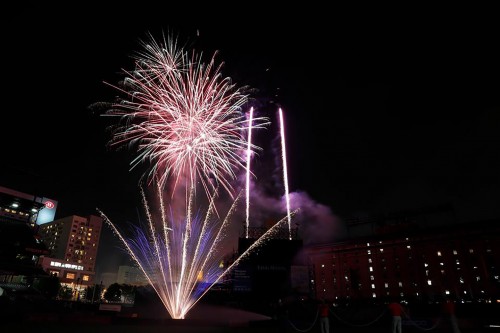 “I watch every single Orioles game I attend,” she says. “It’s more baseball than I ever imagined myself watching.”

Before every home game, Belisle uses a computer program to create a timeline for a 10-minute show. She carefully mixes songs chosen by the Baltimore Orioles organization and then pairs them with fireworks displays. Each firework gets a wiring address on the computer. Then, she or her team members wire the fireworks into custom-built holders.

“In the computer program, every single little piece has its own address,” Belisle says. “Like piece 10 on board 5. You have to make sure everything is in the right position so when the computer calls it to shoot, the right thing goes.” 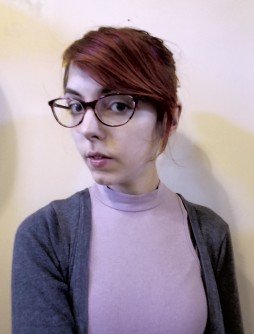 On game days, she arrives at the stadium around 10 a.m. to ensure assembly crews have what they need to prepare. By 3 p.m., Belisle is setting up audio and checking wiring. Fireworks shoot from seven locations, including on top of the stadium’s score board and on the sod farm.

Just before game time, she moves over to the sod farm, where she sits with a fireworks controller in her lap. Then, she watches. If the Orioles score a home run or win the game, she shoots off fireworks.

“I have to pay attention,” she says. “I find myself enjoying baseball a little bit more now because I know enough about it to know when something exciting happens.”

About 15 minutes after the game is done, the full fireworks show begins. Each show has different music, fireworks choreography and colors, Belisle says.

While orange and purple fireworks usually make an appearance given they are the hometown sports team colors, Belisle recently began experimenting with different colors in her shows, including lime green, teal and pink.

She says she loves the creativity and variety that comes with her job and attributes much of her early success to skills she learned at MICA.