Orpheus Collar ’09 was obsessed with comics as a teenager – so obsessed, in fact, that when he was in high school, his mother tracked down legendary comic colorist and MICA faculty member José Villarrubia to arrange an informal meeting.

"He had all the books — so many books, all the European artists," Collar said about that initial meeting. "Within minutes, we were speaking another language, and my mom had no idea what we were talking about — we were just in our own world."

Collar eventually went on to study Illustration at MICA and became one of Villarrubia’s assistants. After earning his B.F.A. in Illustration and moving to Los Angeles, Collar stayed in touch with his mentor. And one of his first big career boosts – doing the layouts for the graphic novel version of Rick Riordan's "The Lightning Thief” – came about after Villarrubia introduced him to several people in the industry at the San Diego Comic Con. 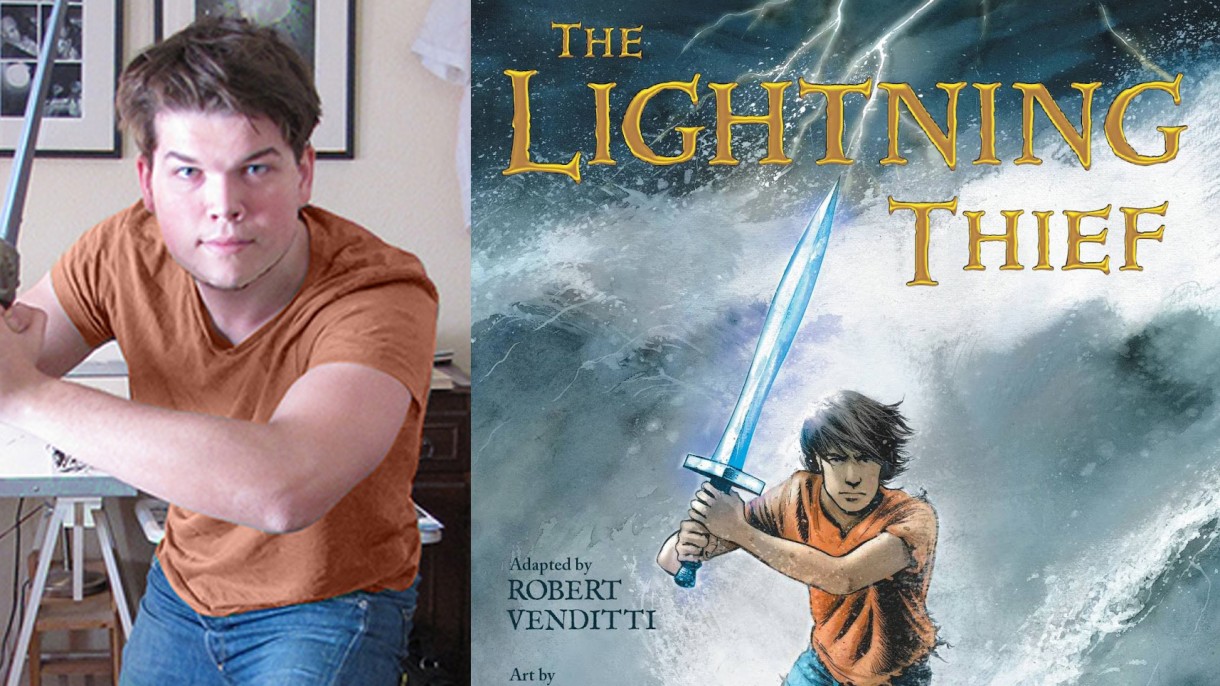 Collar even collaborated professionally with his former teacher on the project – Villarrubia was the novel’s colorist – and has since gone on to adapt several of Riordan’s books into bestselling graphic novels. "Working for José was amazing, and because of him, I came out of school with a lot of professional experience,” Collar said. “To this day, any time I have a question about my career, he's a first responder."

What he didn't know then is that he would go on to not only make his own books but inspire generations of artists who came after him — many of whom studied at MICA, where Villarrubia earned a BFA in the '80s. He later became chair of the Illustration department, and continues to teach core classes and coordinate the department’s sequential art concentration.

During his first few years creating comics, Villarrubia worked solo. But the amount of work that goes into the creation of a comic is sometimes staggering, so he began hiring students and recent alumni as assistants and collaborators. “The advantage of teaching is that you see how students behave professionally,” he said.

Villarrubia’s most recent success story involving one of those former students is the publication of Image Comics' horror comic "Infidel," which was released earlier this year to wide acclaim. It made NPR's list of 100 favorite horror stories and is slated to be adapted into a movie by TriStar.

Aaron Campbell, who earned a BFA in illustration from MICA about 10 years ago, was artist and co-creator for “Infidel,” while Villarrubia was its colorist and editor. "I was very familiar with Aaron’s work and thought he would be fantastic for 'Infidel.' I thought it would be a chance for his work to really shine," Villarrubia said. 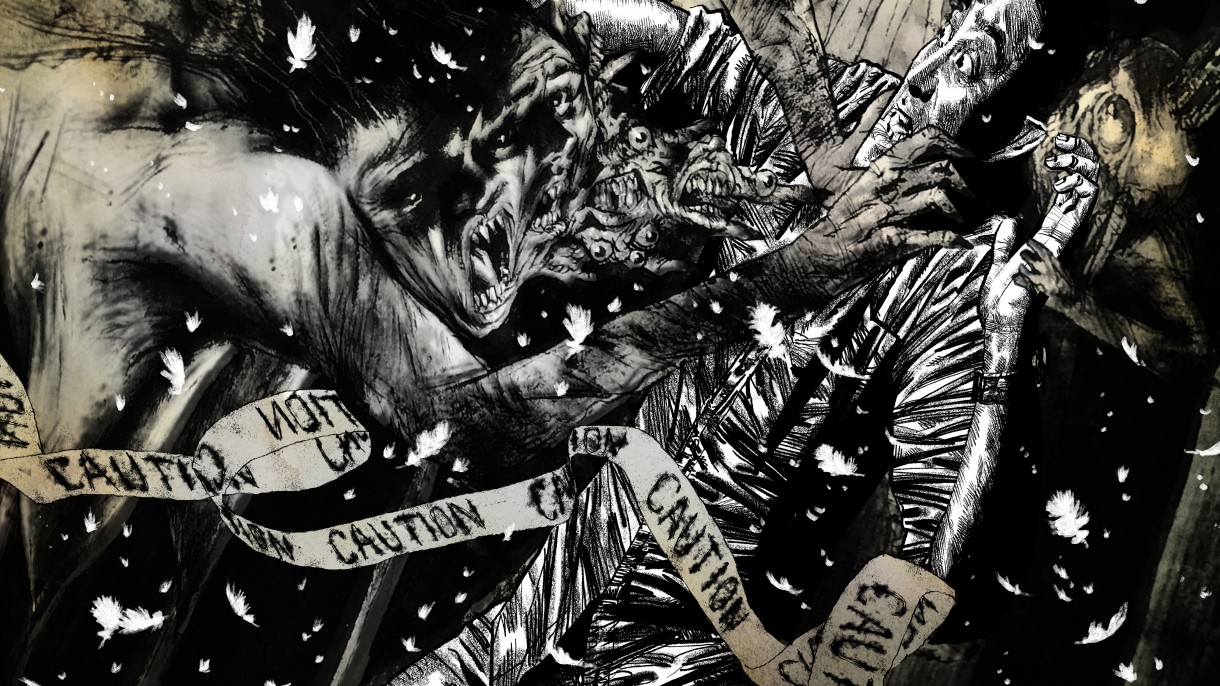 One of Aaron Campbell's stunning illustrations in "Infidel."

Campbell pointed out the impact Villarrubia has had on his career, and noting, "He's become the bulwark of my career at this point. José is not only an incomparable colorist, but he's able to mold his style to a particular artist — he's incredibly versatile — which is a dream from an artist's standpoint. And he's an incredible editor. He always has a very clear idea, and it always helps the work; it never hinders."

"The film [deal with TriStar] is huge, and, potentially, profoundly life-changing," Campbell said. "But there's something about that NPR top-100 list that trumps everything. To get that kind of praise is incredible. It's hard to wrap my head around 'Infidel' being among the greatest works of horror in history."

Another MICA grad "super star," as Villarrubia calls her, is Babs Tarr, who had never even read comics prior to meeting him at the College. She took several of his classes, and he took her to her first Comic Con. She now works for DC Comics and Image Comics and has been the artist for several books, most notably in the Batgirl series. Matt Rota, a former student and assistant who is now a professor at MICA, has gone on to do illustration work for huge clients including The New York Times.

"Teaching is an amazing occupation — especially at MICA, and especially right now," Villarrubia said. "Artwork gets produced on a weekly basis, you're talking about it, looking at it — it's just terrific to feel like you're doing something constructive and positive. More art is better for everybody."

While Villarrubia has helped to jumpstart some careers along the way, he insists that the relationships he has with students is mutually beneficial.

"I'm very proud of people like Orpheus who have done really well, but success comes in many different ways,” he said. “The most important thing is to be happy with your life and be a good person, not to be successful in a showy way. I'm happy for Orpheus, but it's because he's great at this, and this is the life that he wanted."