As giant as the fashion world is, these days it requires more grit than glamour. Unpredictability is the new norm. Just like other markets, fashion has felt the pains of an uncertain environment, marked by tremors in economies and shifting trends.

To survive is to stand out, and to do that many designers go against the grain, creating their own space for their creative genius to thrive. Or, in the case of Rachel Faller ’08 (Fiber B.F.A.), to align with their moral compass. 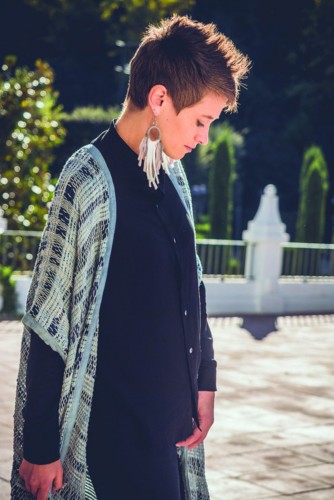 Despite her affinity for fibers and design, Faller did not see a traditional fit for herself in the fashion industry. “When I was younger, I always envisioned a more entrepreneurial path that also had a positive impact on issues of social justice,” she said. “I didn’t see anything that combined these two passions in the fashion world, so I thought, ‘I’ll have to create this.’”

Ten years into her entrepreneurial journey, Faller employs over 50 people in Cambodia under her zero-waste, ethically made fashion line, tonlé. When Faller went to Cambodia on a Fulbright grant in 2008 to learn about fair trade, she intended to do just that — learn. She researched conventional textile organizations and examined why, in a country whose economy was largely built off the textile industry, there was a lack of fair labor ethical standards to protect workers and manage waste.

“I had an epiphany. I realized nothing will change unless there are alternative options that allow for from within,” Faller said.

She went to Cambodia to learn and left with a purpose. Back in the U.S., she hit the ground running, raising a small amount of seed money to open two fair labor clothing stores in Cambodia, selling to tourists and expatriates.

Today, tonlé employs marginalized women, such as single mothers or women with HIV, in its small Cambodian factory. The company has been zero-waste since 2014, incorporating additional waste management practices to minimize their carbon footprint. Also, unlike large manufacturers that cut wages when sales are low, all of Faller’s employees are salaried.

“Every new step we take, each time we grow a little more, we encounter growing pains. My priority is maintaining stability for Cambodian employees.”

The tonlé line follows suit to Faller’s operational practices and is designed to reflect the values of the company and the wearer. Comfort and function are priorities, and the style of her clothes, accessories, and jewelry comes to life through the resourceful ways her team leaves no thread unused. For example, the smallest waste scraps are tediously hand cut into tiny strips and sewn back together to make “yarn,” which is then either hand-knit or handwoven into new fabrics to make their signature jewelry line.

“It’s important to think of entrepreneurship like art,” she says. “Finding new solutions to old and big problems.”

Nikki Hendricks ’17 (General Fine Arts B.F.A.) also knows a thing or two about the art of entrepreneurship. It’s safe to say her knack for brand-building-inventiveness is second nature. Within a month of obtaining her undergraduate degree, Hendricks had her own fashion label startup — Nikki Hendricks Designs, LLC — and was ready to talk business with buyers in Washington, D.C., New York, Paris, and Milan. 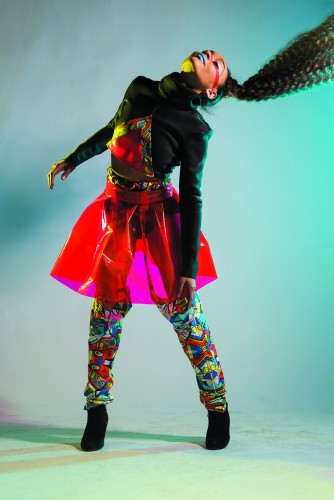 Hendricks was in the middle of undergraduate finals, during her senior year at MICA, when she received an invitation from Oxford Fashion Studio to participate in the 2017 New York and Paris Fashion Weeks — two of the world’s fashion .

“I almost deleted the email,” Hendricks said. “I thought it was spam.”

Hendricks took a road less to find her way inside the fashion world one could say it’s made all the difference. At MICA, she chose to major in General Fine Arts versus Fiber — the major many of her fashion designer peers chose — because she “preferred the freedom of a more general exploration of her artistic work.” She curated her own pop-up fashion show at MICA was picked as the Fall 2016 Featured Designer for D.C. Fashion Week thanks to a few models that advocated for her work of their own accord.

The young designer pulls from personal experiences and intentional examination of her identity as a black, female artist. Her desire to build equity and understanding within her community drives the concepts of her bold, geometric and symbol-laden designs.

The Blends, her senior thesis project that earned her a spot at the New York and Paris Fashion Weeks, is a reflection of Hendricks’ ability to pull positivity from reality. The line was a culmination of her senior year of exploration — a visual representation of input she culled from friends, family members, models and others in her community during a series of interviews on race, religion, gender, and sexuality. 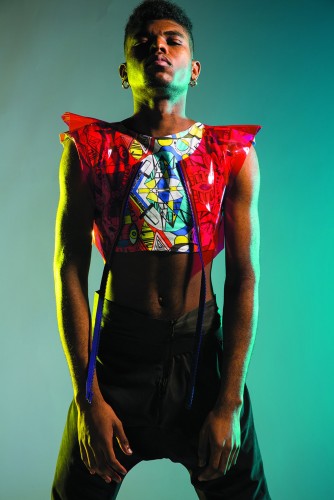 “I want the materials I use to reinforce the concept of my work — an exploration of race and gender ideologies that documents my own journey and observations,” Hendricks said.

She is currently developing her brand through a Macy’s incubator under the DC Fashion Foundation. “I still have a lot to learn,” she said.

Like Hendricks, Naomi Davidoff ’13 (B.F.A. Fiber) remains an active learner. After five years of exploring experimental fashion via costume design and performative fashion work, she’s heading back to school to ground her experiences in an M.A. in arts administration at Goucher College in Baltimore.

She echoes Faller’s sentiments with regard to viewing entrepreneurship

as an art, and says she tries to apply creative principles alongside strategic thinking to design a career that fits her skill set and interests.

“MICA helped me understand how costume design could be a viable career path. While it’s not always immersed in the traditional fashion world, it’s a career that’s allowed me to apply what I learned under my experimental fashion concentration,” Davidoff said.

Davidoff got her start in experimental fashion under MICA’s Fiber and says she was on the fence between fashion and costume design. Her fashion work had a performative angle early on, and she felt it was better suited for theatrical performers than a catwalk.

“That was a clue for me that I was more interested in a different type of career in fashion, versus the somewhat ready-made direction,” Davidoff said.

She found her stride with the Baltimore Rock Opera Society (BROS), an in-your-face, unrestrained, live rock opera group that has become a mainstay in Baltimore’s cultural landscape. From 2011 to 2015, Davidoff led the BROS costume department, while maintaining myriad part-time jobs that called on her fashion design, teaching and styling abilities.

She was instrumental in designing not only the costumes for over 10 BROS performances but the structure and organization of the department. Before Davidoff, a handful of designers sewed BROS costumes in their homes. At the height of her time with the BROS, Davidoff brought in 30 costume designer volunteers for workshops held at the Baltimore Mobtown Ballroom where she taught apprenticing designers about the trade and solicited their help to create the character-driven costumes for performances.

“Everything I was making was based on narrative — writing character descriptions for each person, and thinking about it as part of the costume design process. I think a lot of the inspiration for costume design stems from narrative and movements — working with actors and dancers who will be activating something and inspired by what they bring to the table,” Davidoff said. In 2015, her character sketches turned into her own 25-minute rock opera, performed as part of the BROS Rock Opera Six-Pack.

Davidoff says she is trying to wrap her head around what’s next.

“I’m still very interested in fashion and costume. I just want to fan that out into something that builds community,” Davidoff said. “The fact that Baltimore lets you be who you want to be, has kept me here. As an artist, it’s a great city to live in, and also a great city as a young artist to grow.”