Two Curatorial Practice alumnae — Melani Douglass ’15 and Deana Hagag ’13 are taking lessons learned at MICA and going national, recently landing leadership positions in organizations with the capacity to impact artists and communities across the U.S.

The following is a look at the newest roles for these alumnae and their ongoing mission to bring art closer to the everyday lives of Americans.

Before enrolling in MICA’s Curatorial Practice M.F.A, Baltimore native Melani Douglass ’15 spent more than 10 years teaching and designing curriculum. She recalled putting things in context through art to help her students understand, explore and critically think about subject matters and realized, “Teaching is a lot like curating.” 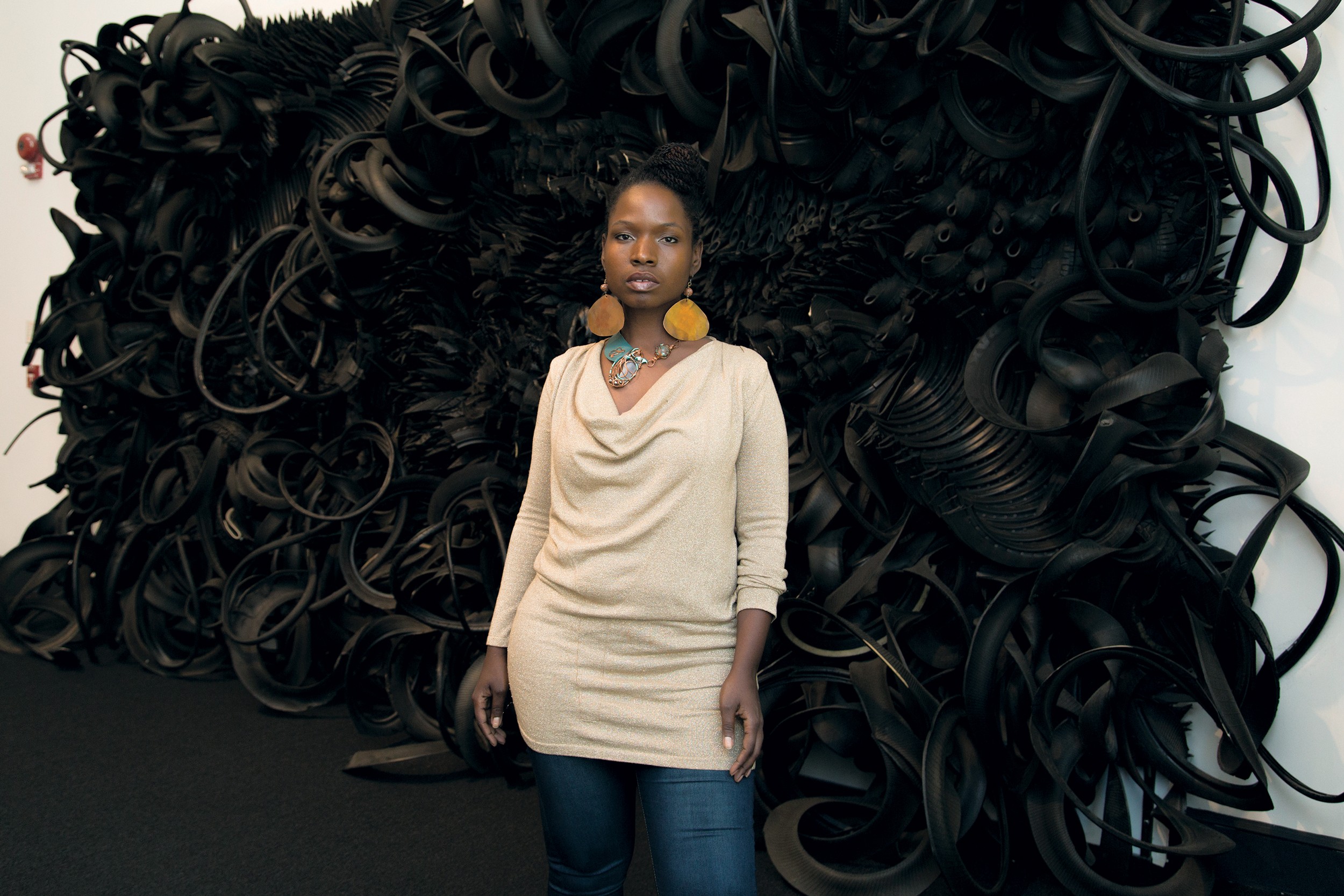 In 2007, Douglass took MICA’s renowned Exhibition Development Seminar (EDS) and got a behind-the-scenes taste of the curatorial process. The “out of the box” experience cemented her desire to become a curator, especially in public programs, which dovetailed with her background in education.

“Through the Exhibition Development Seminar, I saw MICA’s curatorial practice program challenging existing conventions for exhibiting art,” she said, adding, “I wanted to study in-depth with George Ciscle, founder of the Curatorial Practice M.F.A. and his amazing team.”

For Douglass, MICA’s M.F.A. in Curatorial Practice was the clear program of choice to further her own education and challenge her practice.

That decision ultimately turned Douglass’s practice on its head and forever changed how she approaches art. “It was transformative! It made me reevaluate my practice,” she enthused.

Recently appointed director of public programs at the National Museum of Women in the Arts (NMWA) in Washington, D.C., Douglass is a champion of the consensus and shared expertise model in MICA’s program, which emphasizes buy-in from the people one works with and the symbiotic relationship with collaborators. “We were taught that the first step, the most important one, is to always seek to understand your community,” she recounted. “We analyzed various methods of curation for museums and exhibitions, but always came back to key questions about where I am and where my audience is in the work,” she emphasized.

Through hands-on exposure, where “you were always in the real world,” Douglass learned about the importance of recognizing different publics and to always consider the possibility of alternative approaches to collaboration. “I constantly ask, explore and question to find out what I don’t know. I’ve let go of the need to be the answer or have the answer. I’ve brought that mindset with me to NMWA, but it informs everything I do in my practice holistically.”

Douglass focuses on socially-engaged art and is particularly interested in bringing artists together around themes that relate to family, home and community. At NMWA, she plans to bring together women from all over the world to support art, action and advocacy networks through the Women, Arts and Social Change initiative. She also aims to leverage NMWA’s strong international reputation to make the museum a rich resource for its immediate D.C. community, as well as Baltimore and Richmond, Virginia.

In 2015, Douglass founded the unique Family Arts Museum (FAM). “Thanks to MICA’s program, I don’t ever feel constrained by traditional definitions of curating and my own art practice,” said the single mother of a five-year-old. Her vision of everything in her life as part of her art practice — including the art of living, mothering and friendship — drove her to set up FAM, a nomadic non-collecting institution focusing on family as fine art, home as curated space and community as gallery.

Two years after graduating from MICA, Douglass still gushes about the impact graduate studies had on her, especially the remarkable community of which she continues to be a part.

Like many who went through MICA’s Curatorial Practice M.F.A program, Deana Haggag ’13 moved to Baltimore in 2011 specifically to study with George Ciscle, founder of the two-year master’s program and architect behind the paradigm-shifting EDS which changed the practices of those exposed to its progressive pedagogy. “George and his team constantly challenged us to interrogate conventions for curating and exhibiting art,” said Haggag. 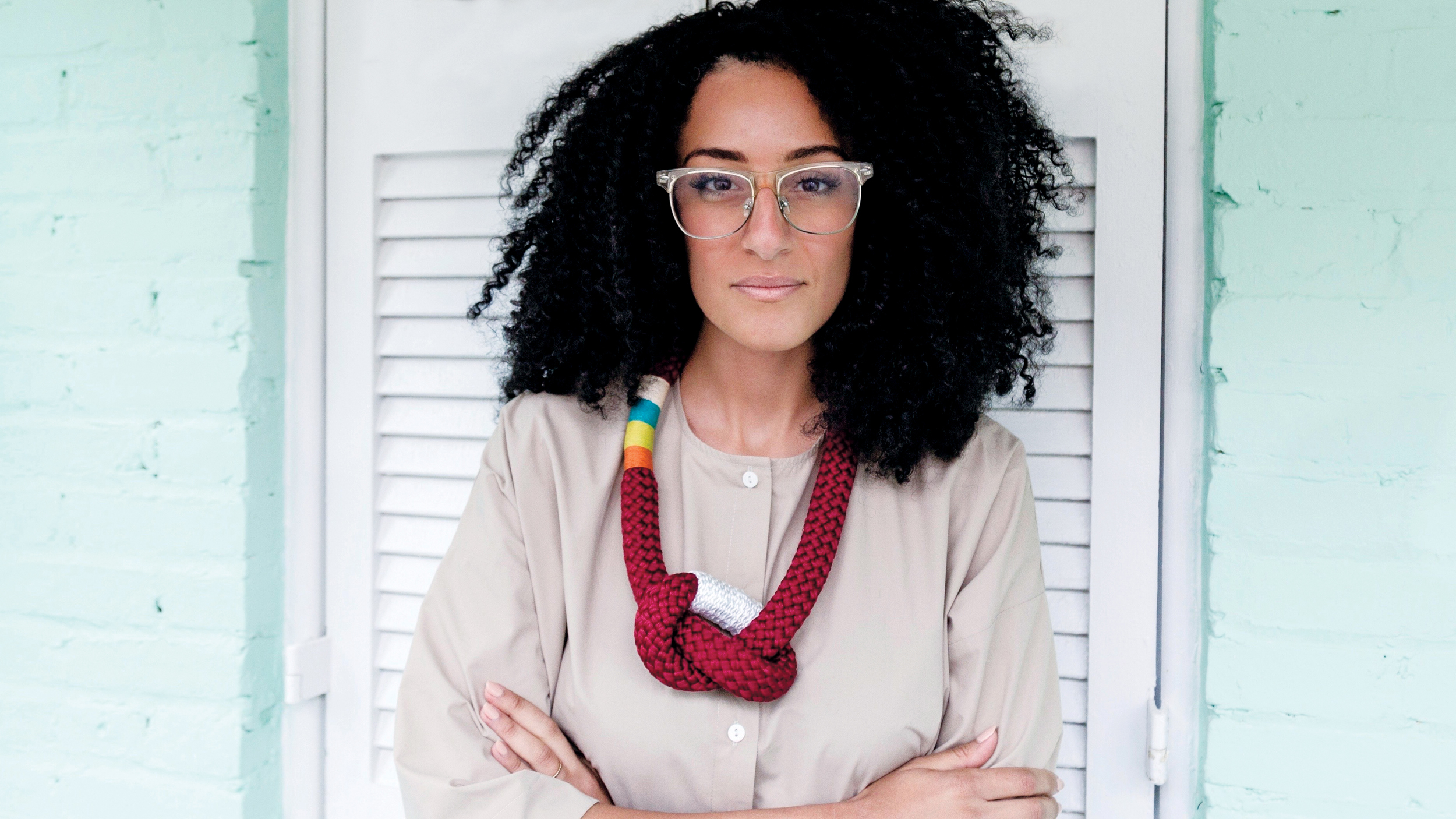 MICA and the city it calls home were perfect training grounds for Haggag.

A native of New York who grew up in New Jersey, Haggag noted, “MICA taught me that everything could be curated and exhibited, especially in a place like Baltimore, where there was good proximity to communities and people advocating at every level of the city. There’s something about the size of the city which makes you feel that things are possible.”

There was more than theoretical discourse at MICA. Haggag was also thankful for the practical knowledge and skills that stood her in good stead for her appointment as executive director at the Baltimore-based nomadic museum, The Contemporary, immediately upon graduation. “It may sound like common sense, but among the invaluable things I learned was how to listen better and work with others to ensure successful collaborations,” she explained. “That informed how I built work culture at The Contemporary. It also influenced the museum’s programming, reinforcing our focus on resonance with audiences and impact in the community.”

The fact that she had been in Baltimore for two years gaining hands-on experience at MICA by then was crucial to her, she said, adding, “I had tremendous exposure to real-world projects and challenges. By the time I started at The Contemporary, I was already very comfortable with managing its team and programming.”

Haggag’s achievements did not go unnoticed in Baltimore and beyond.

In January 2017, she was appointed President and CEO of Chicago-based United States Artists (USA), a national organization that has supported close to 500 artists with more than $24 million in awards. USA funds artists in all disciplines across the U.S., Haggag emphasizes, artists from all socioeconomic backgrounds and at all stages of their careers. “The breadth of artistic practice in this country is enormous and we need to look across lexicons,” she said.

Haggag is looking to amplify USA’s visibility, voice and advocacy efforts. She also wants to ensure it responds to American artists’ needs and is responsible to the general American public that deserves access to art in their everyday lives.

Stressing the importance of art, artists and organizations like MICA and USA to our society today, Haggag said, “There are a lot of scary and uncomfortable things happening all over the world that are the result of a lack of empathy and understanding of others. I believe deeply that art, in all its forms, is the best shot we have at alleviating some of that fear and discomfort, because it teaches us about one another in ways that no other field really can.”