The work of Claire Lynch ’19 is marked by experiments in dynamic sculpture. Composed of wooden limbs and lattices, Lynch’s work hulks with engineered life, its veneer a mix of hidden motors and visible dowels, hinges, and chains. And just as the work has evolved over time, so too has Lynch’s understanding of her aims and process. “I am trying to bridge this gap between mechanical and organic,” she said. “What is natural? Some of my work has become more geometric. But some of my work has that uncomfortable, animalistic feel to it. It also happens to move.” 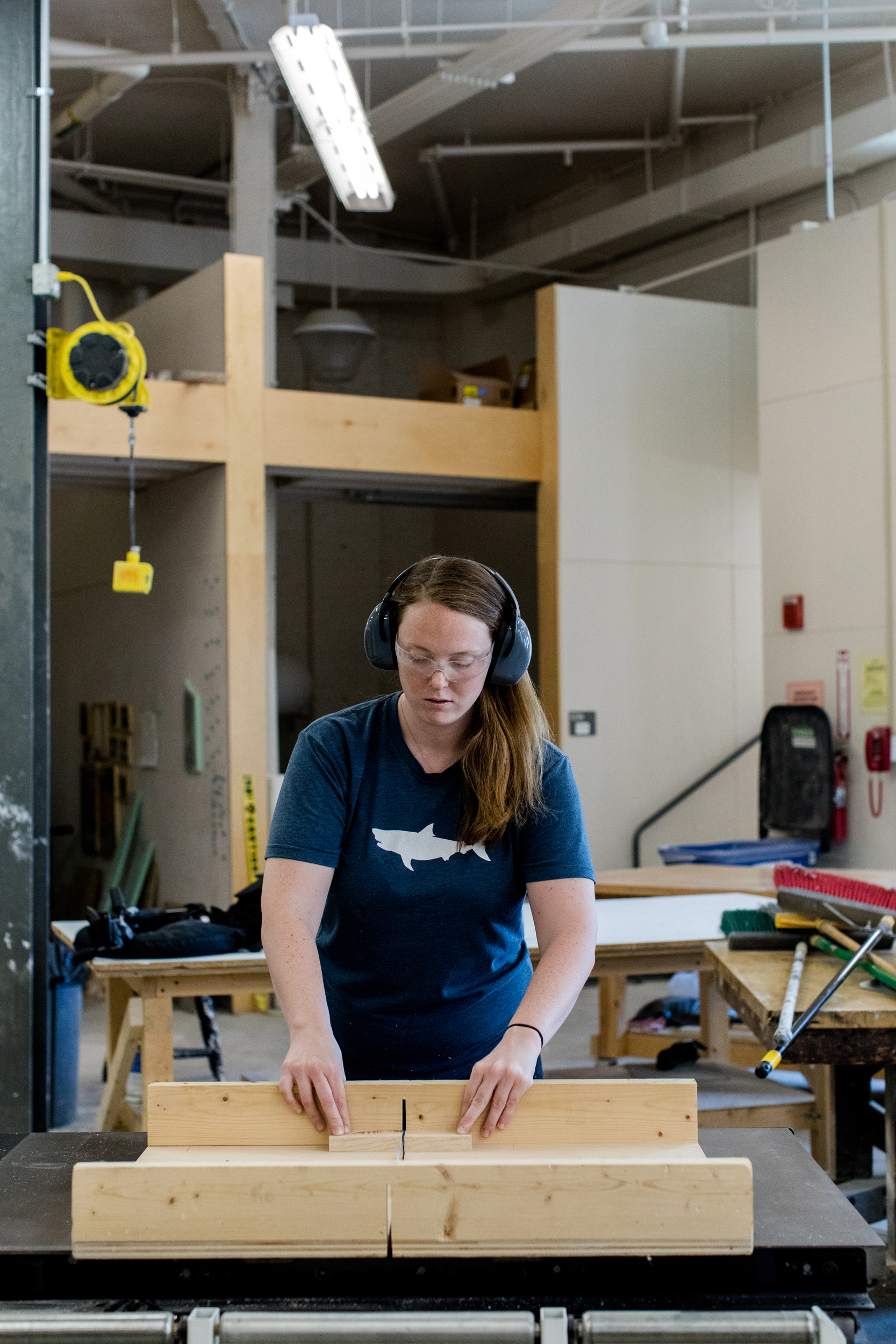 A native of Virginia who went to Stanford as an undergraduate, Lynch said of her return to the East coast, “I felt like it was time to come back.” She spent time in San Francisco expanding her practice, meeting local artists through a studio co-op, and even taking on a residency run by the municipal trash company. But her work remained small and, despite her interest in kinetic sculpture, frustratingly static. So when MICA accepted her, Lynch heeded the call. “I wanted to have the time, space, studio, and access to faculty,” she said. “I felt like Rinehart would give me the chance to grow and explore.” 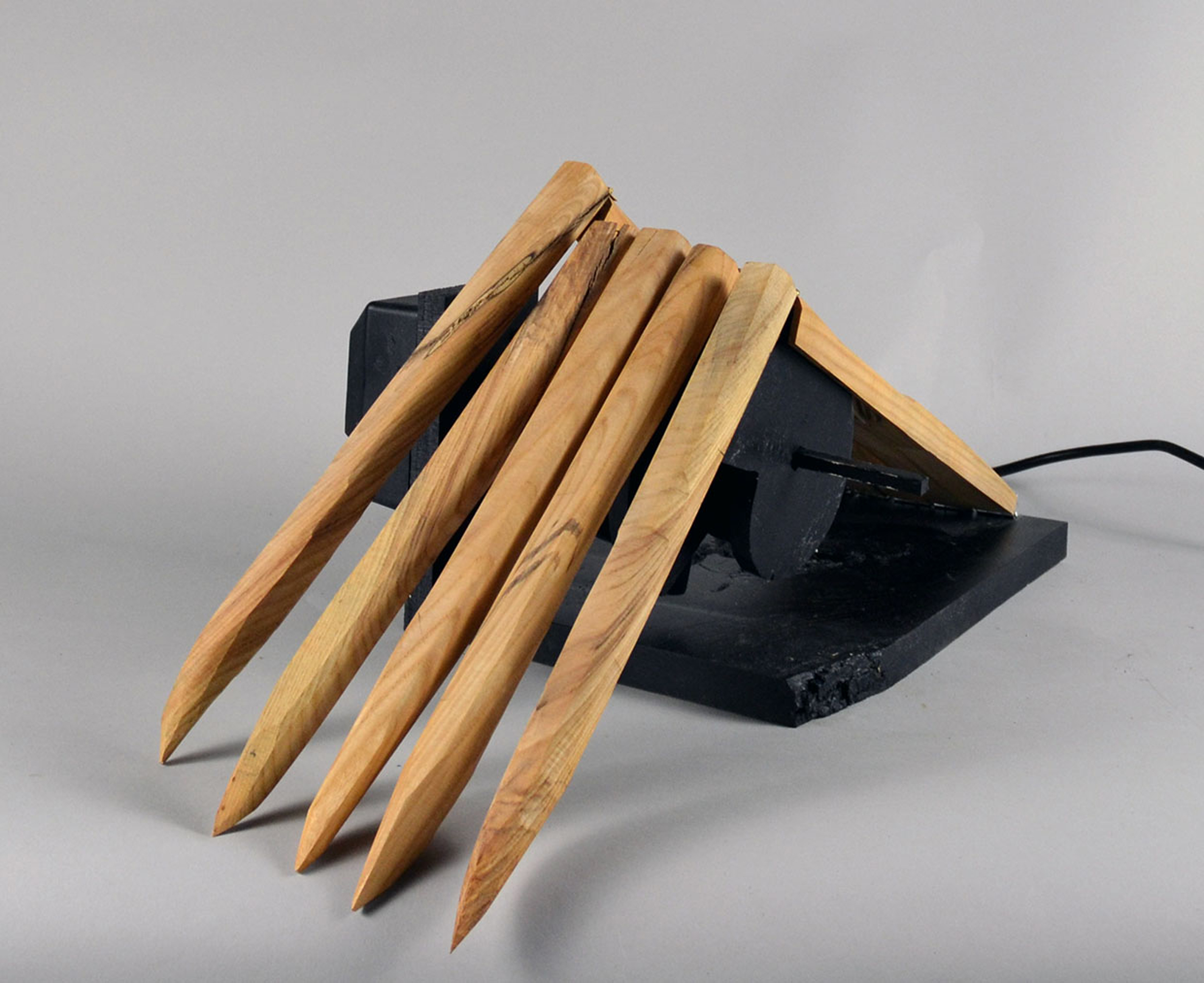 As Lynch enters her second year at MICA, her return to the East Coast has revealed itself as the creative investment she hoped it would be. “I feel like I’ve become a more critical, but stronger, artist,” she noted. “There’s this constant conversation about art. It’s nice to have that fresh feedback.”