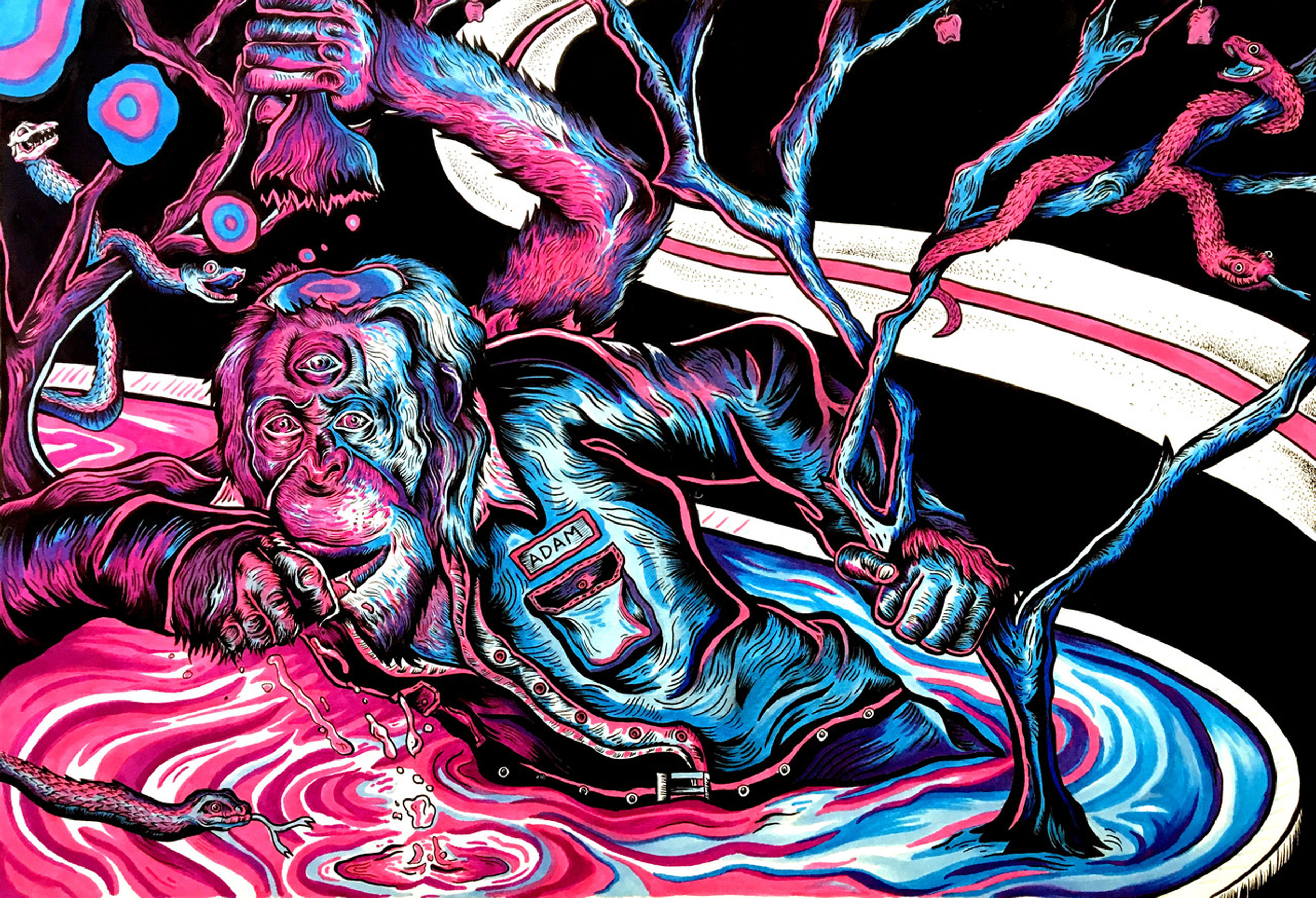 With a voracious work ethic and a massive desire to be successful, Max Woods' gregarious personality adds excitement to any room he enters. As a MICA Pre-college alum, his work is meant to capture a viewers full attention, while providing a glimpse into his weird and colorful subconscious. 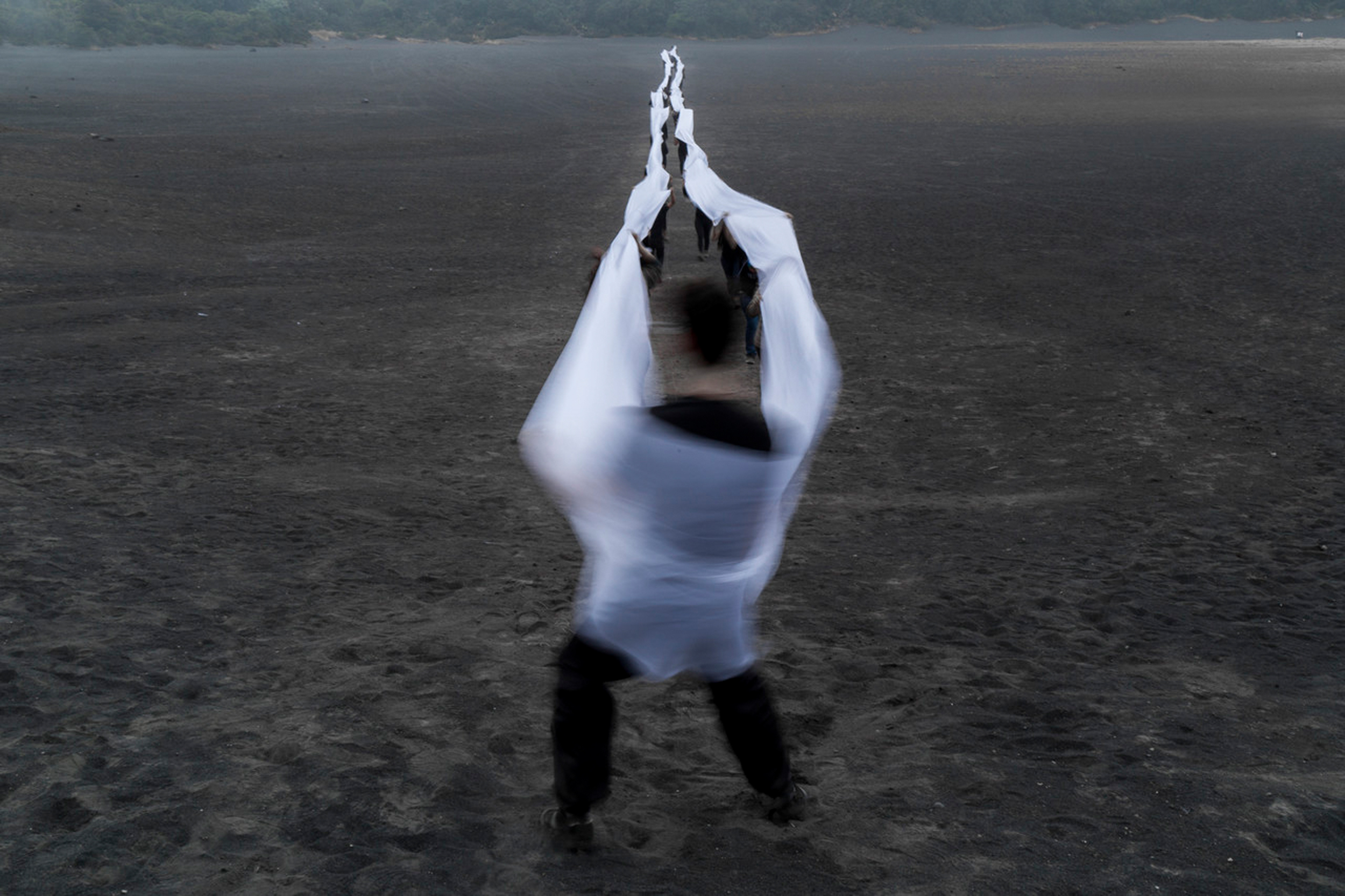 Miguel Braceli is a Venezuelan artist, Professor of Architecture and founder of Proyecto Colectivo, a contemporary art platform developing works from participatory models in public space. Braceli has exhibited his work internationally and has collaborated with institutions all over the globe. One of MICA’s incoming Fulbright scholars Braceli “want(s) to direct (his) research towards works of art that can transform society from collective actions and educational projects starting from the body as a social space.” 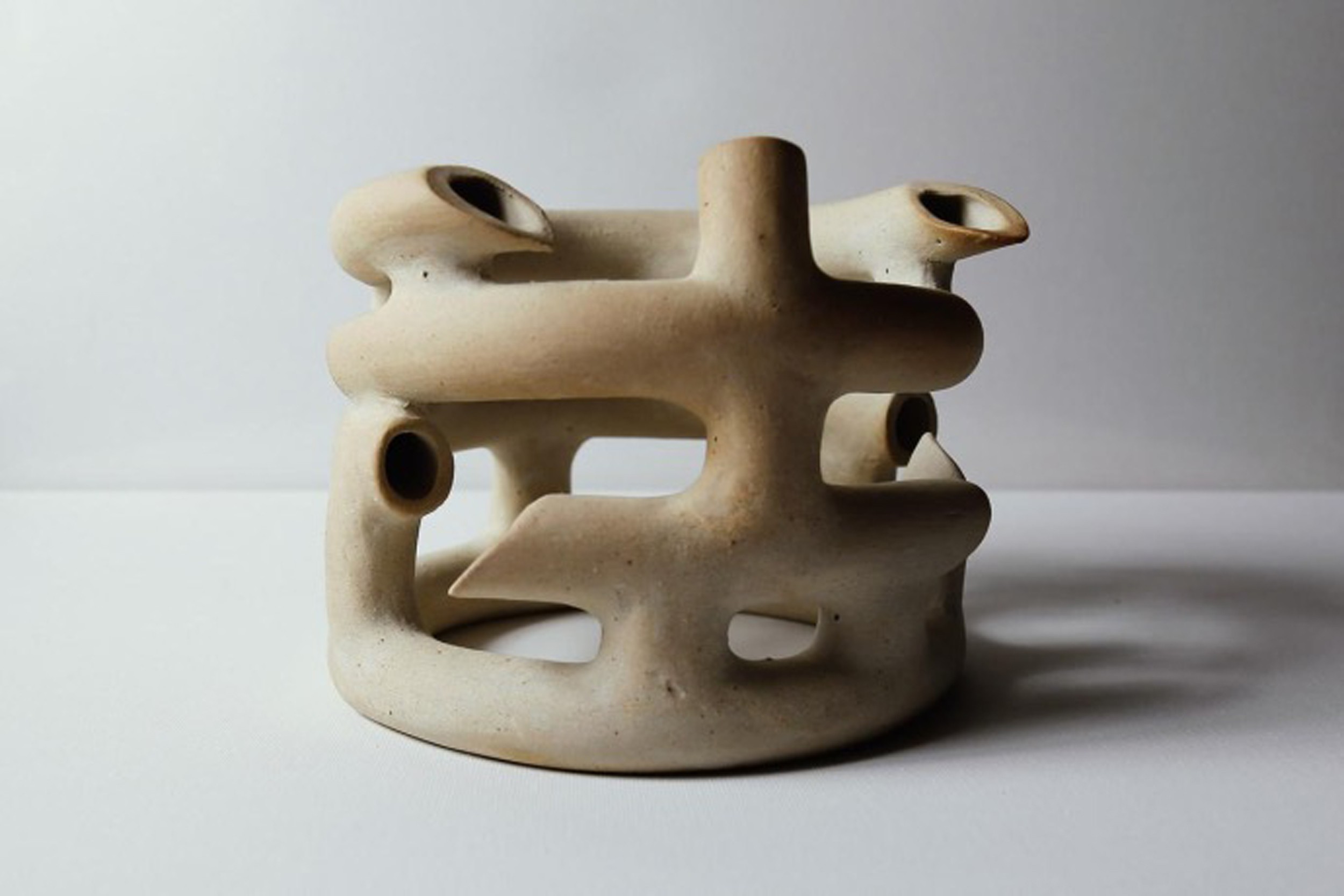 Priscila attended an exceptional two-year college near Washington D.C., and she is ready for the intellectual and artistic challenges in MICA’s Humanistic Studies/Interdisciplinary Sculpture integrated major. Her ultimate goal is to become a college level professor specializing in sculpture. In the future, she also hopes to open a community-based organization that will mentor artists of any age and provide a base where they can learn, practice, critique and socialize with other artists from the area. 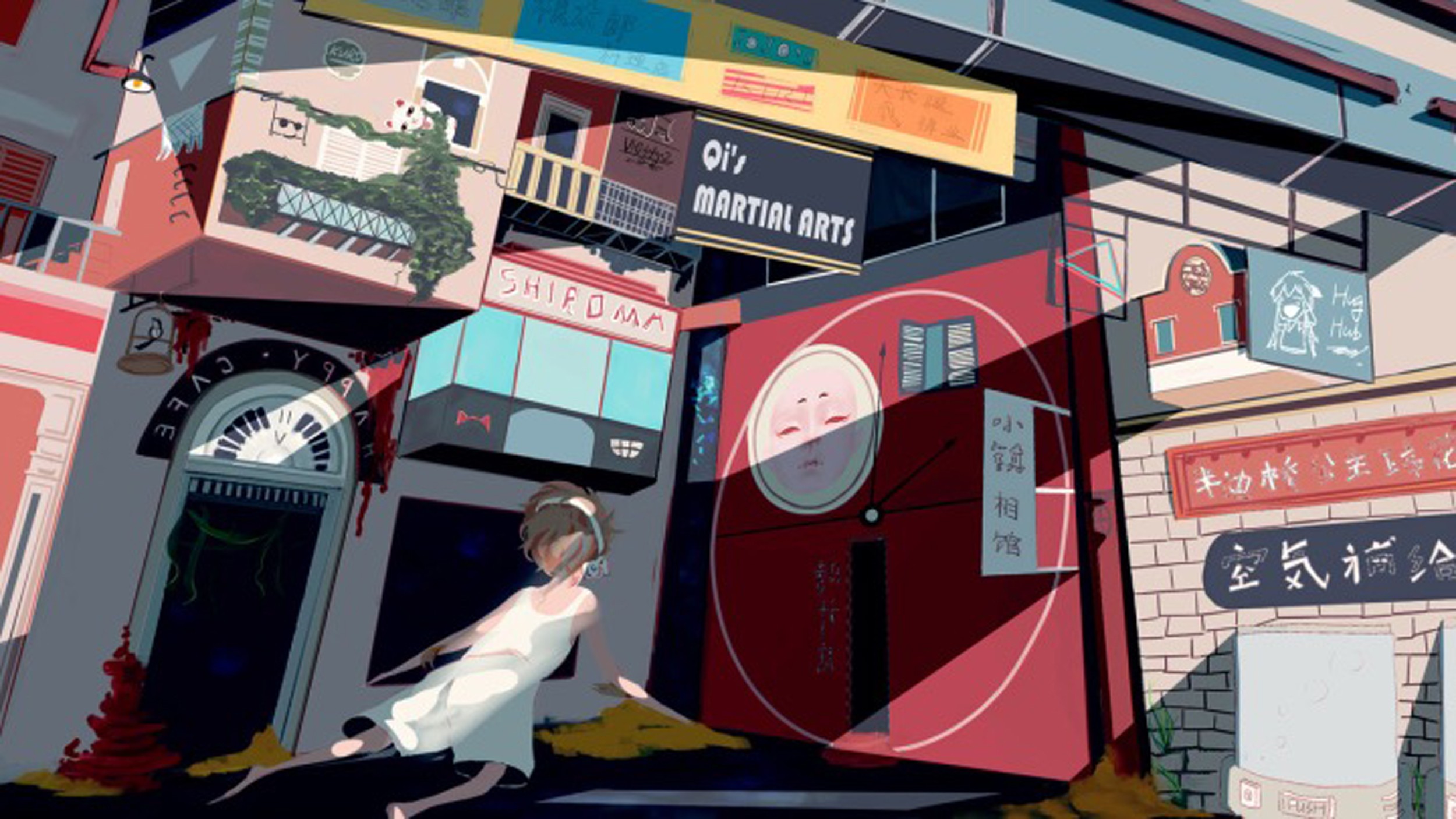 Nianhang joins the Illustration Practice program after following a highly unconventional path: she earned her undergraduate at Nankai University in microelectronics, and started her Masters of Science Engineering degree in robotics at John Hopkins University. There, she started developing both hardware and software dedicated to artistic storytelling--reinvigorating an illustration practice that had only been a passion and hobby up to that point. She assembled a stunning illustration portfolio--and will be leaving her MSE to join MICA. 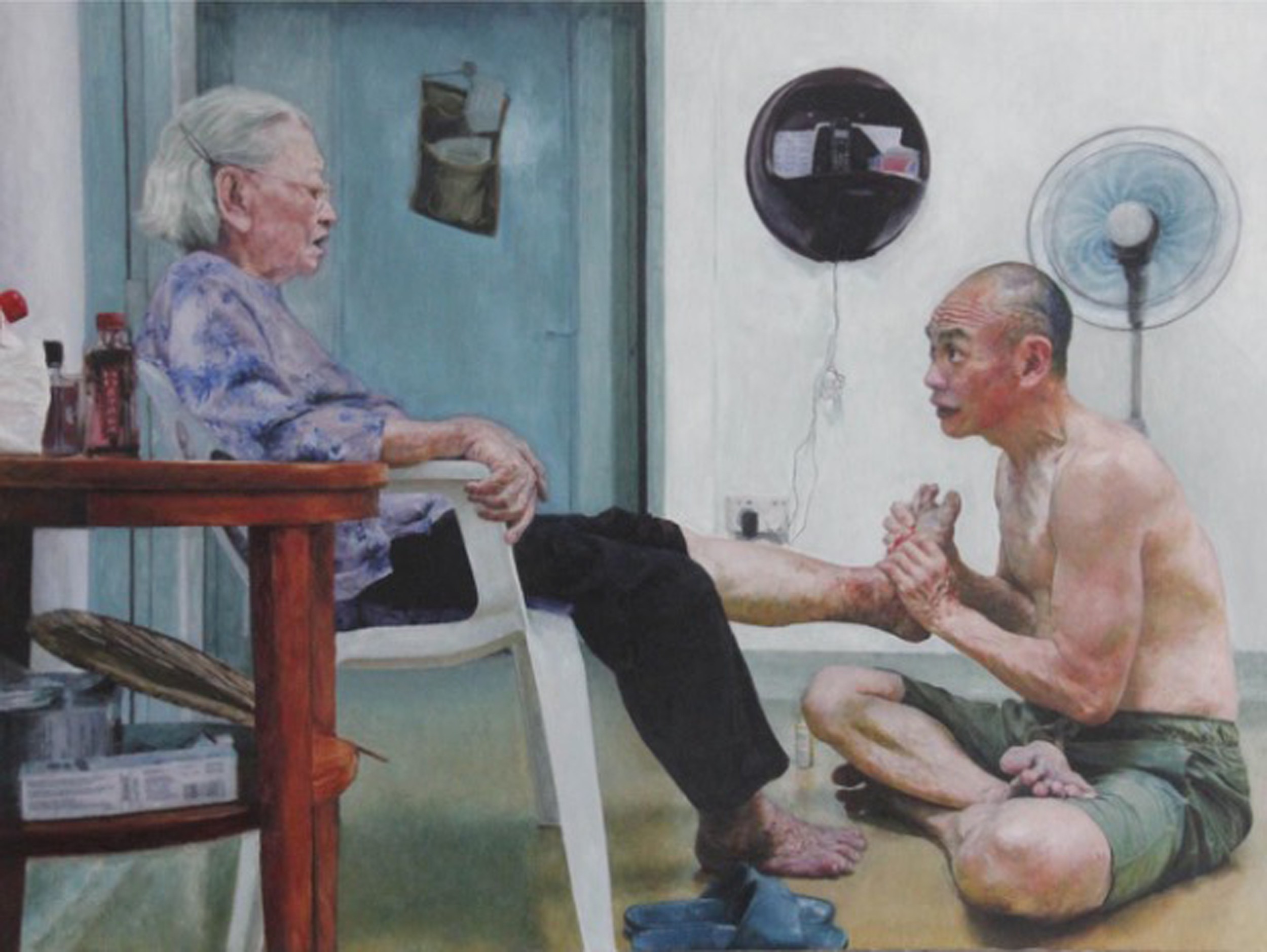 Quan Zhao is a Corporal First Class cadet in the Singapore Armed Forces and recently completed two years of mandatory national service. Never relinquishing his dream, he entered the prestigious United Overseas Bank Painting Competition, and was awarded the top prize among professional and emerging artists in Southeast Asia. Through a photorealistic, filtered lens his work examines remedies for discomfort. 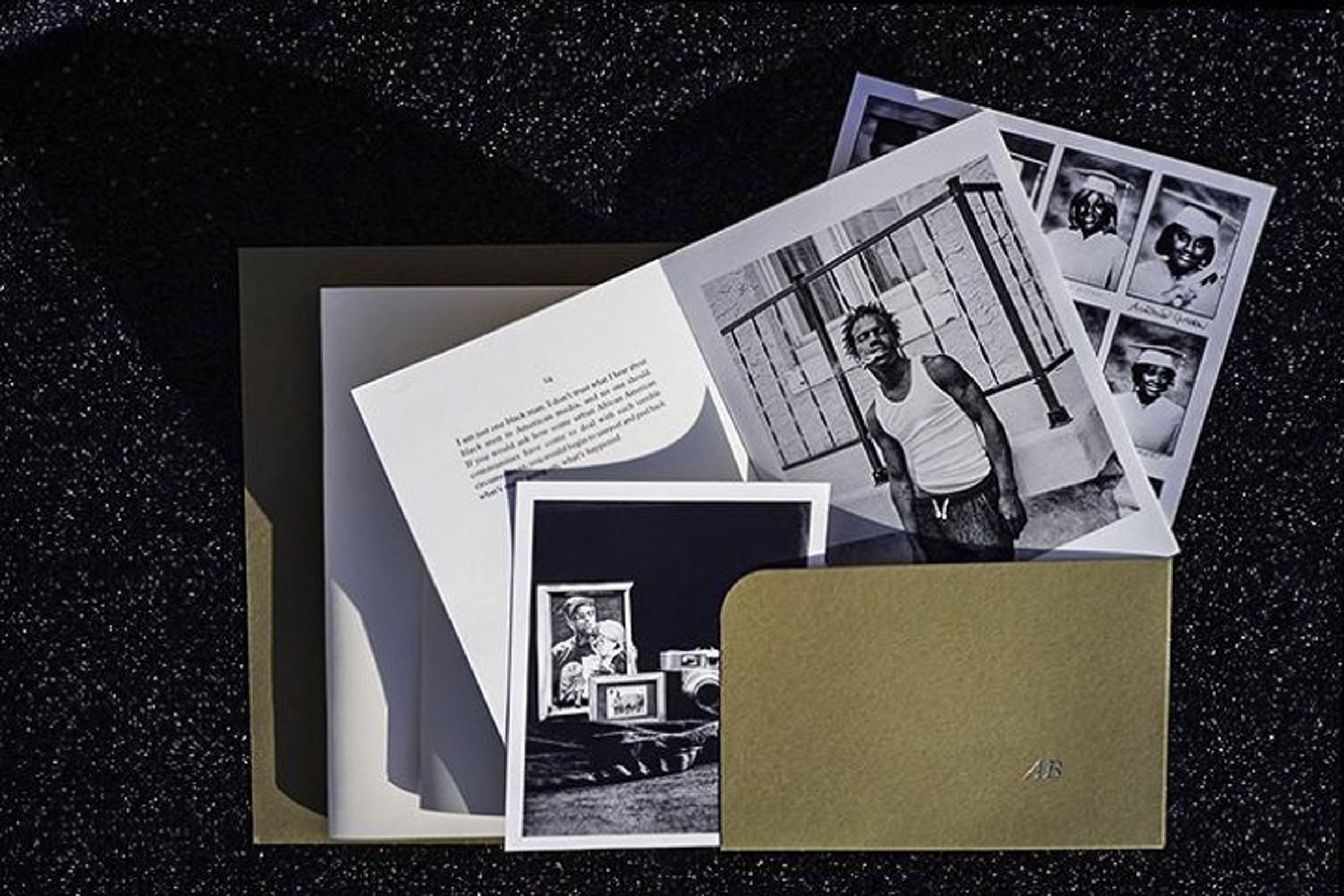 Andre was born in Philadelphia, and earned his BFA at Hampshire College--and then his first MFA in Photography at RISD, where he has work in the RISD Museum of Art permanent collection. He has exhibited work in France, Spain, Germany, Switzerland, and the United States. His photography practice is focused on the philosophy and visual representation of isolation--and of his experience in a supposedly “post-racial” world. He now seeks to build and engage communities, and specifically selected MICA’s Curatorial Practice program for its community awareness and engagement. 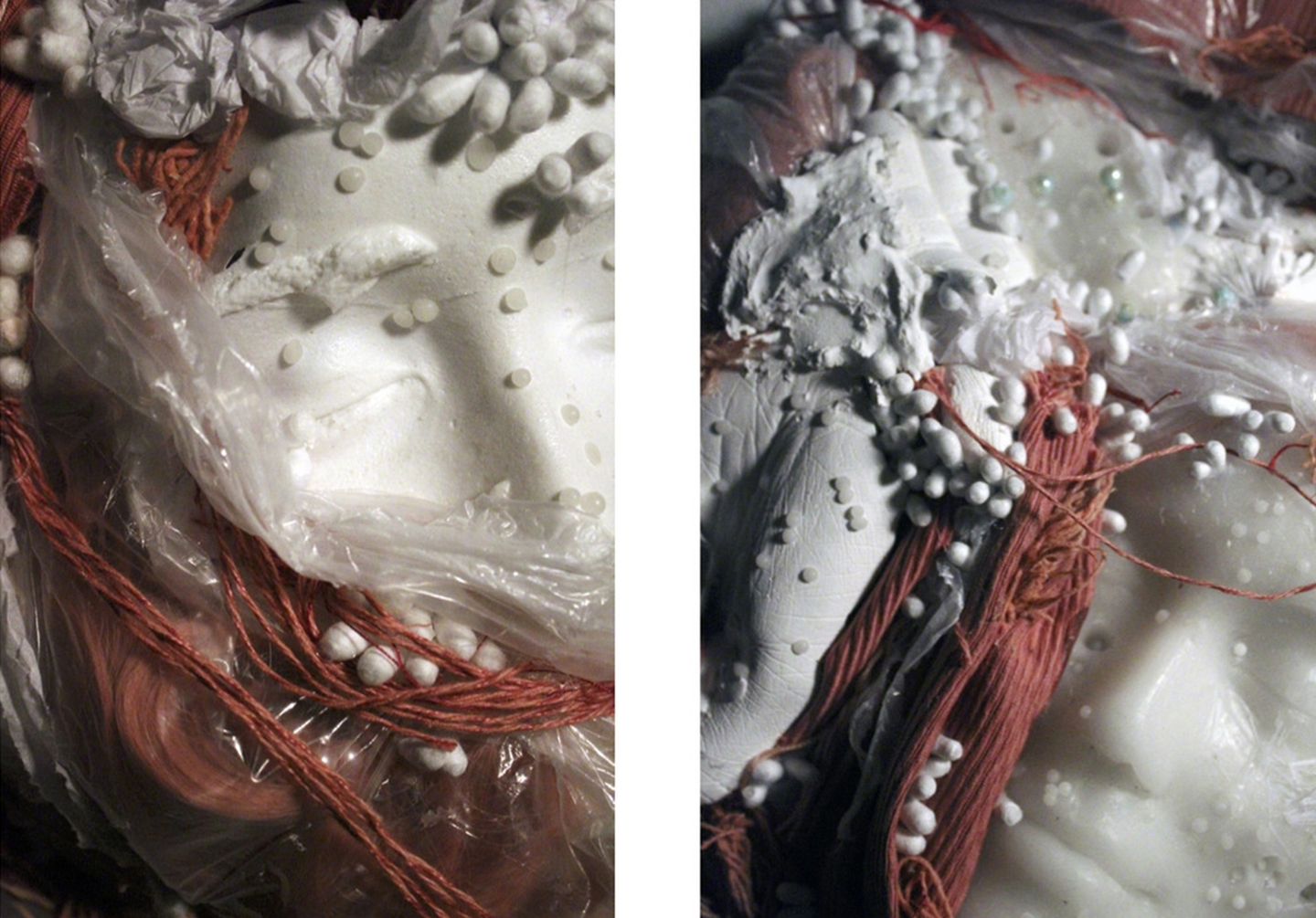 There isn’t a medium Riley Cox can’t handle. Growing up in North Carolina surrounded by strong women working in textiles, Cox has always been drawn to surface, material and texture. Taking inspiration from natural forms like mold and bacteria, Cox seeks to explore the space between the natural and man made, beauty and disgust, delicacy and decay. 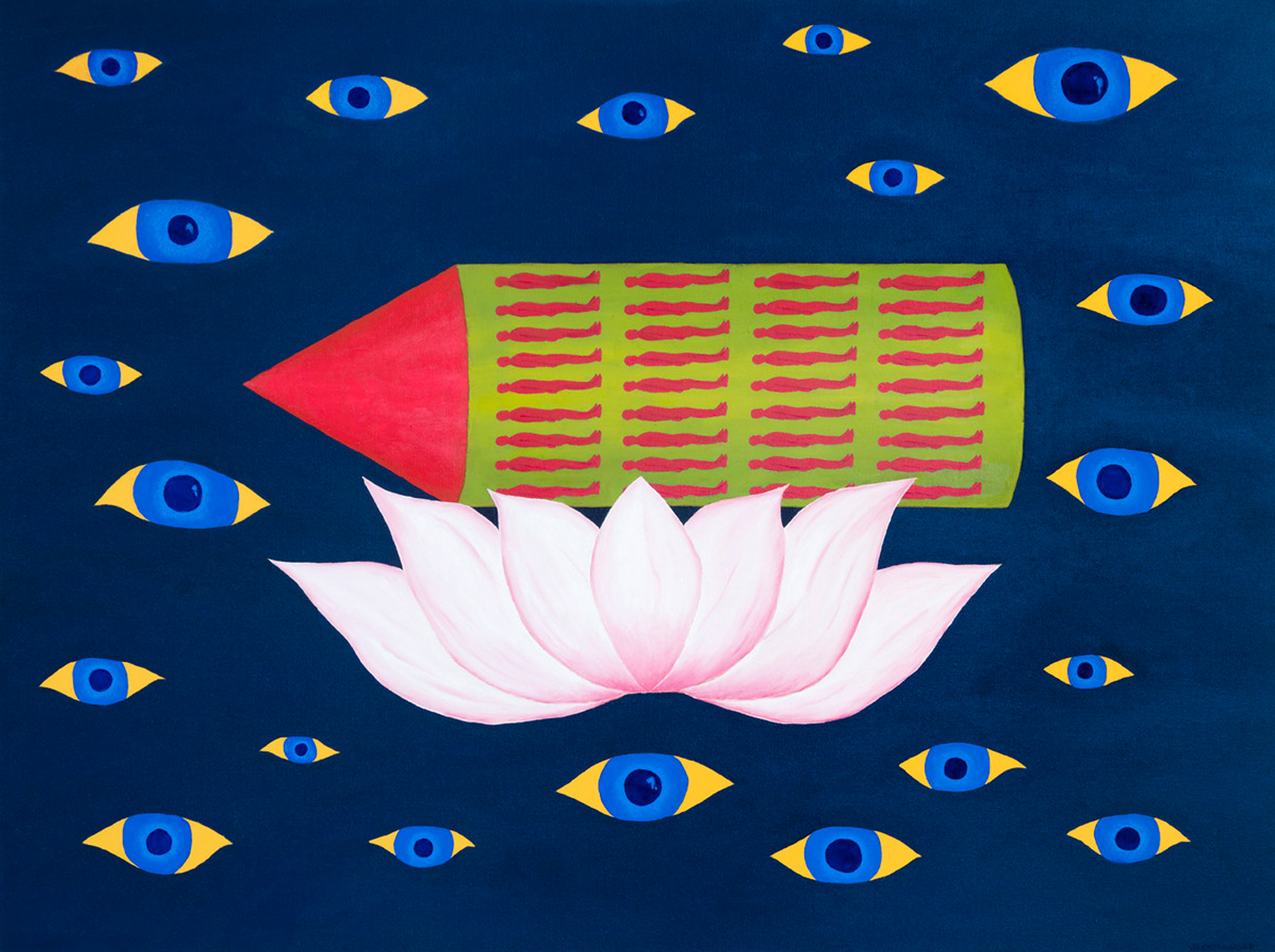 Ben Chatag’s artist practice combines elements of Tibetan and Western influences, focusing on the topics of assimilation, exile and identity. As a refugee from Tibet he came to the United States when he was 15 and found the ability to communicate in a new environment through art. He returned to the Tibetan diaspora in India to study traditional Tibetan Thangka painting and uses these techniques in his art now, working to show the values of the culture he was raised in and their relevance to the culture that he lives in now. 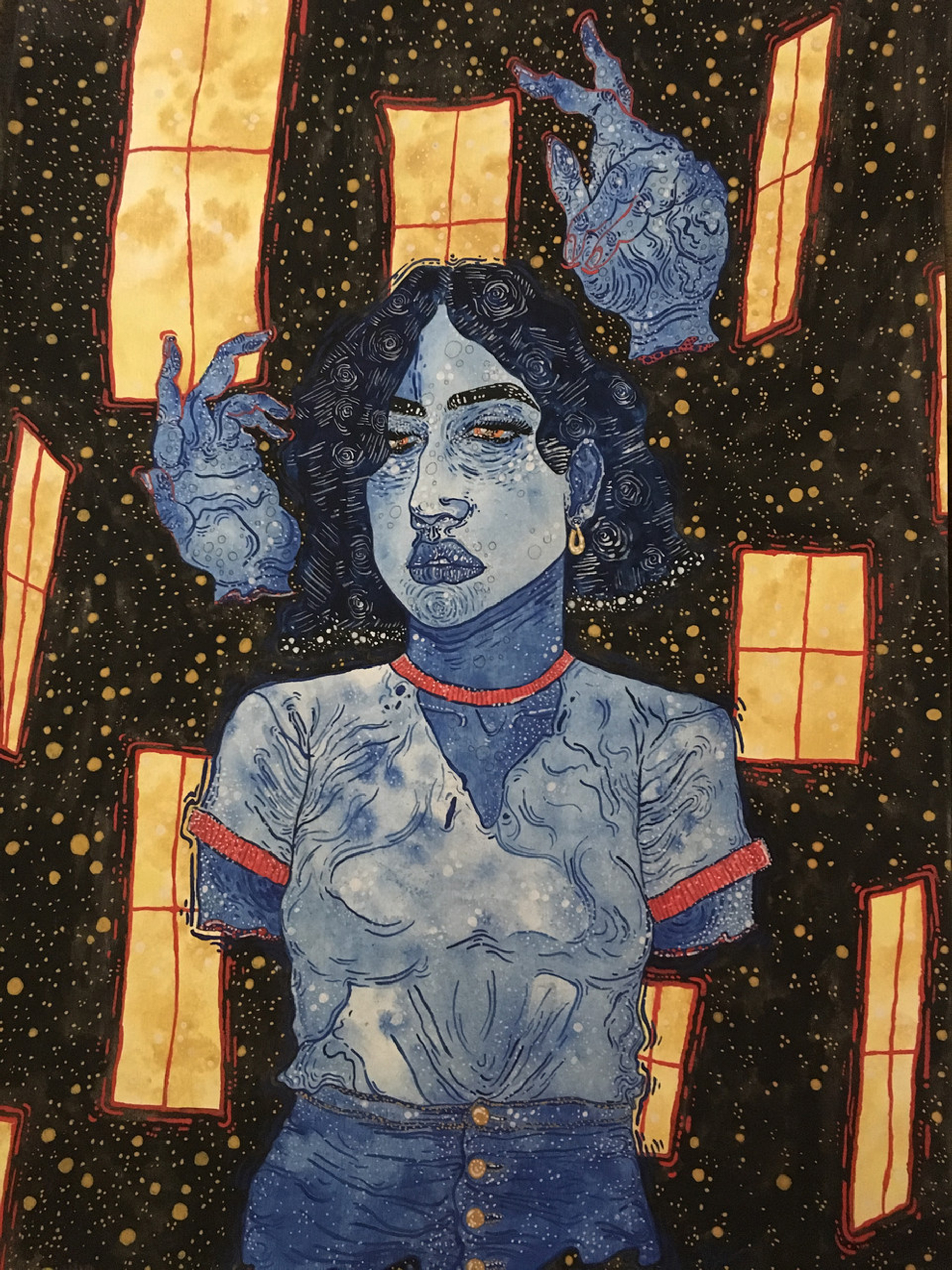 Thematically linked by colorful human figures experiencing a broad range of existential emotions. A sense of ennui and unrest persists as Breanna Coon uses these figures to explore concepts of body image, mental health, and self love. 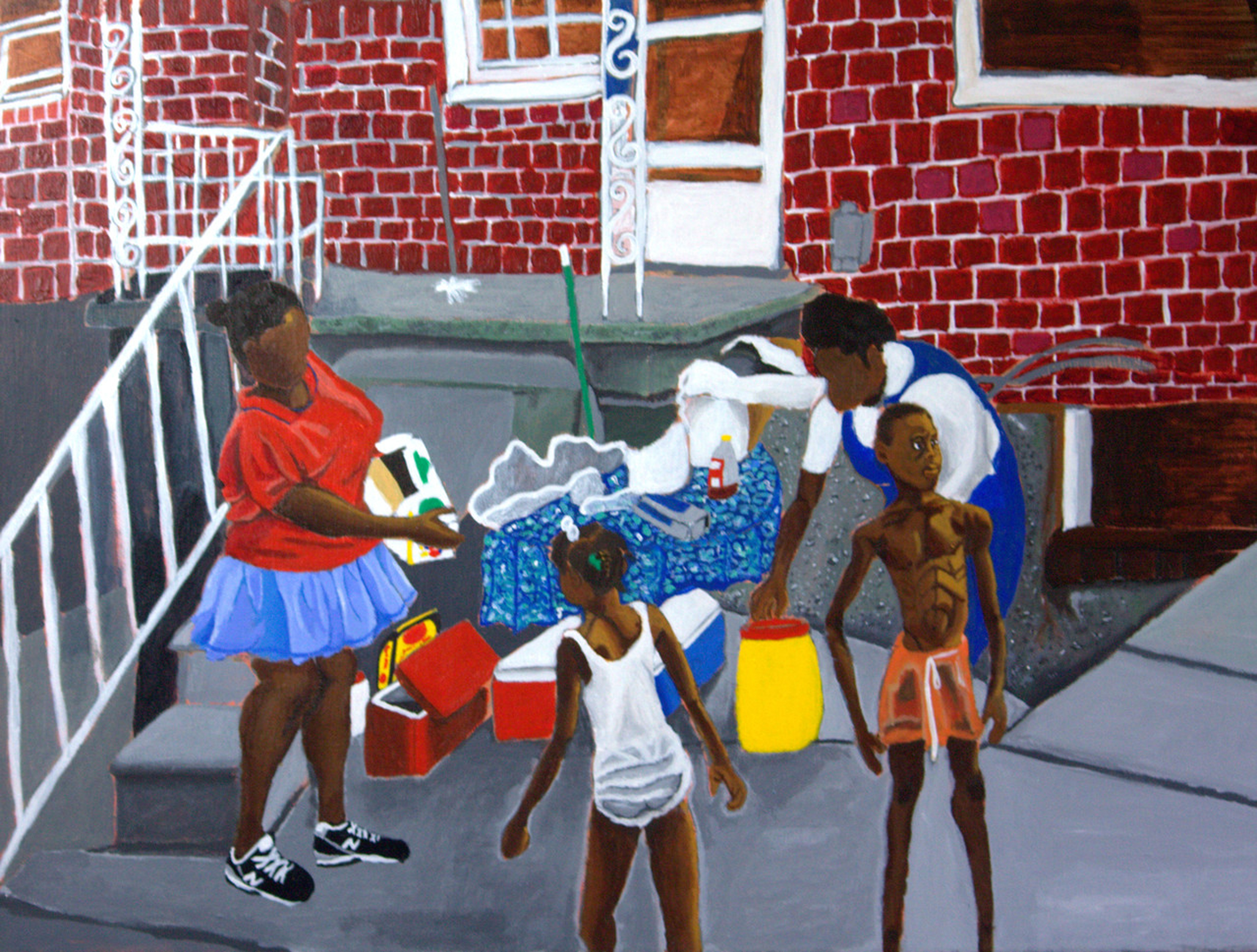 Jerrell Gibbs is a self-taught artist whose work is rooted in experience. Raised in Baltimore City and then Baltimore County, he was exposed to a broad range of human experience and seeing the drastic differences in his life and others lives impacted him deeply. His work revolves around the topic of human relations and the way that preconceived notions and stereotypes often leak into human interactions, shedding light and bringing consciousness to the way people interact with those who are perceived as being different from them. 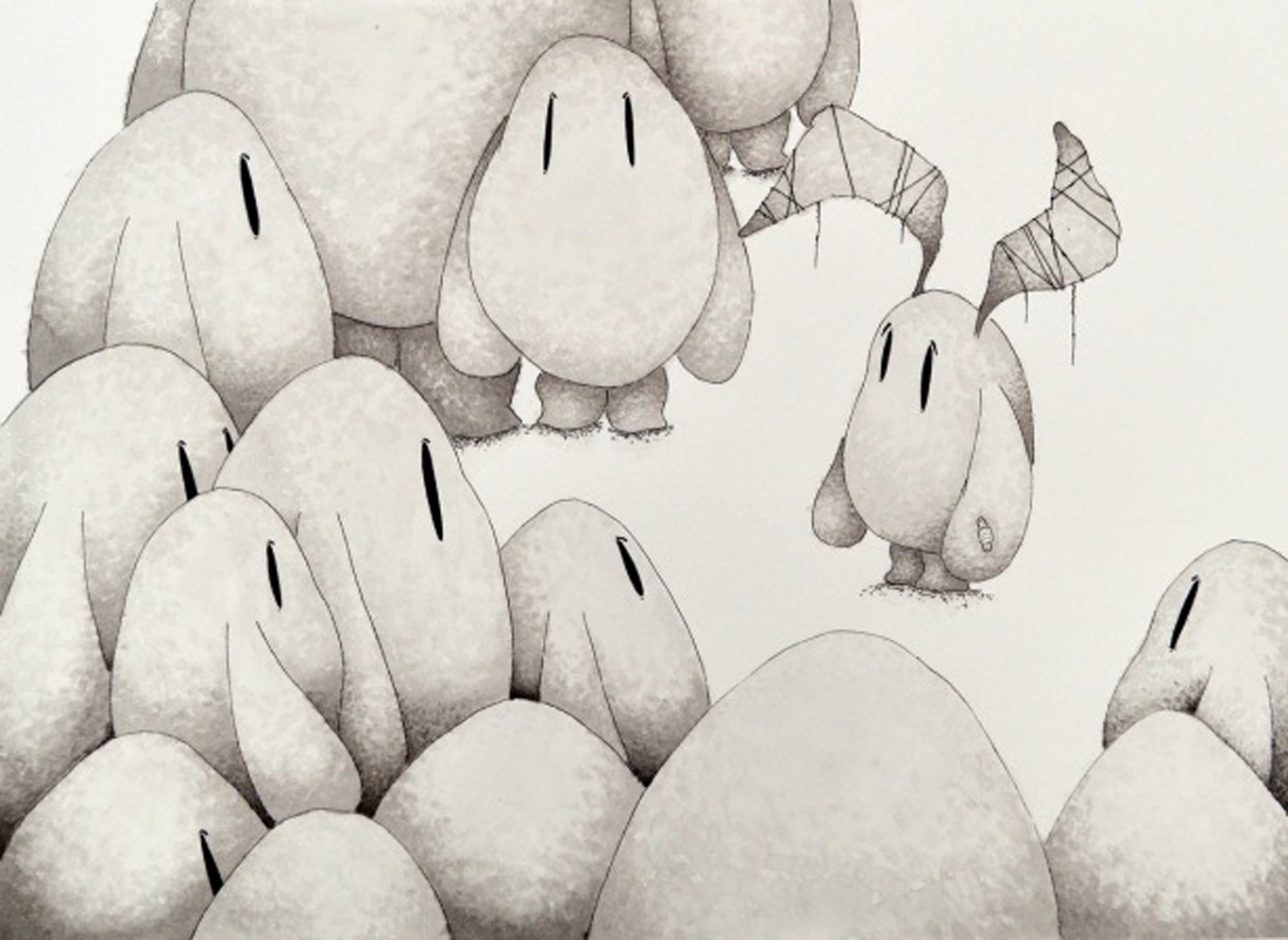 Fernando was the president of his school’s National Art Honor Society chapter.  He is also the state winner of the Texas Visual Art Scholastic Event. His high school counselor describes Fernando’s immigration to the U.S. from Mexico as his greatest challenge and greatest adventure – challenge due to having little knowledge of American culture or language when he arrived here 7 years ago – adventure due to his excitement at all the opportunities now in his future.