Andrew Keiper and Kei Ito's first night in Baltimore, Md. was the beginning of a remarkable collaboration.

Their MICA story begins like many out-of-state, and out-of-country students who come here for the college's 20+ graduate programs: with a housing search. The two found each other online while searching for housemates to share an apartment with in Charm City.

"I met Kei in-person when I picked him up from the airport, the day before orientation," Keiper said. Ito arrived in Baltimore for the first time in August 2015 via a 16-hour flight from Tokyo, Japan, where he'd been visiting family. "We stayed up talking the entire night at our apartment. Kei began telling stories about his Japanese heritage, and his grandfather, who was a teenager living in Hiroshima when the U.S. dropped a nuclear bomb on the city. A shiver ran up my spine."

Keiper's grandfather contributed to the development of the atomic bomb during World War II as an employee of the Manhattan Project. He disclosed this information to Ito, sitting on the living room floor of the new home they were to share for the next two years. They sat silent for a moment.

"We made a promise that night, just hours into meeting one another, to one day collaborate, and create something about this connection to the atomic bomb," Ito said.

Keiper and Ito both earned their M.F.A. in Photographic and Electronic Media (PEM) in 2016, but took different paths to explore social and artistic uses of optical and electronic media.

Ito used his time in the program to enhance the conceptual strength of his camera-less images. His art became an intermediary that helped him relate to his family history. He designed a ritualistic image-making process that would allow himself and others to grapple with the legacy of mass destruction and power.

"My grandfather described the a-bomb explosion like ‘100 suns lighting up the sky,'" Ito said. "As a photographer, I felt the need to portray that. But it was challenging to portray something that is now gone."

Keiper, on the other hand, came into the program with a growing interest in sound art and experimental music. During the 2015 Baltimore Uprising, following the death of Freddie Grey, he participated in protests and says he was moved by the response of the people in Baltimore. He began producing political work that focused on white supremacy and police brutality. But, as he moved into the second semester of his first year, Keiper felt that if he continued this work, he would overstep his boundaries as a Caucasian man.

"I was trying to find my next step, and I was not having much success," Keiper said.

By the time their second, and final year in the EPM program rolled around, the two began to lay the groundwork for a collaborative installation concept. As they prepared for life-after-grad school, they worked together to submit their concept to the Ruby Artist Grant Project, and were one of only nine selected for the Literary and Visual Arts Grant Program in 2016. 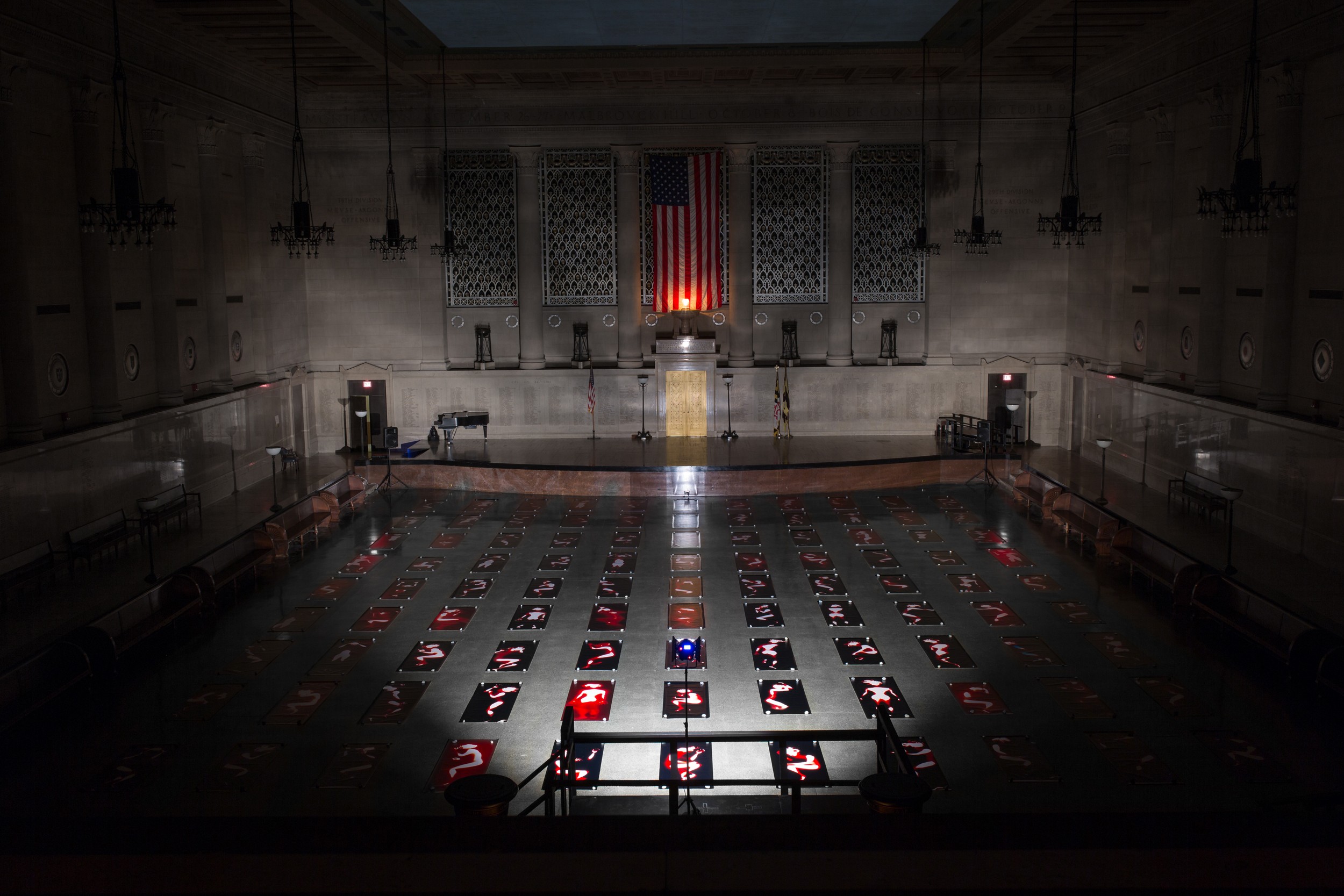 Their project, Afterimage Requiem, contemplates the development of the atomic bomb, the bombing of Hiroshima in 1945 and the ongoing legacy of this history. The large-scale photographic and sound installation was featured in the Baltimore War Memorial from January 19-31, 2018.

"It felt good to be active working with one another, while struggling in solo practice," Keiper said. "You could say, we were saved by collaboration."