Like most MICA students, Kelly Leigh Miller has always liked to draw.

Whether it was in the sketchbooks her mom bought her, on the kid’s menu at a restaurant, or if it was a character from a part in a movie — where she’d pause the VHS and try to recreate the image — drawing has always been there. “It was just so interwoven with my life,” said Miller ’11 ’14 (Illustration B.F.A., Business of Art & Design M.P.S.).

But it wasn’t until high school that the Louisville, Kentucky, native knew her love of art could even become more than a passion, and it wasn’t until she attended MICA, where she was able to explore a variety of mediums, that she found herself on the path to illustration. 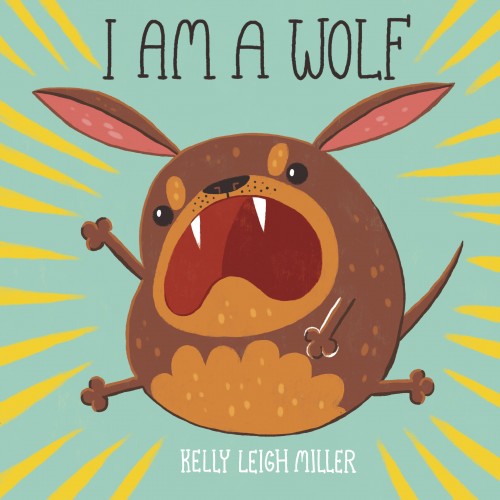 That path brought Miller toward a career as an illustrator and author, and her debut children’s book, I am a Wolf, is due out this May from a major publisher, Dial Books, an imprint of Penguin.

Unlike other art college programs that focus students into majors almost immediately, Miller said that MICA allowed her to take a number of different classes — including painting, drawing and sculpture — during her freshman year. The experience was beneficial, because it solidified the direction she wanted to pursue.

Faculty made a difference as well. Two in particular made a lasting impact on Miller: Jamie Zollars, a former illustration faculty member, and Whitney Sherman, former chair of the undergraduate Illustration Department and founding director of the College’s Illustration Practice M.F.A. program.

“They both pushed my work [forward] really well,” Miller said, adding that it was helpful have teachers like Zollars and Sherman who could critique her work, who knew her perspective, and who helped her get her illustrations to the next level.

Miller, who met her current book agent through a mutual friend, said she grew frustrated after trying to put together a few different stories and started to write I Am A Wolf some what casually on the side. When a draft on another story she had in the works with her agent didn’t pan out, she shared her side project instead. The rest is history.

In addition to I Am A Wolf— inspired by Miller’s lovable bad-dog turned-good, Frankie — the newly- minted author’s book deal includes an untitled picture book as well, which is scheduled for release in summer 2020.