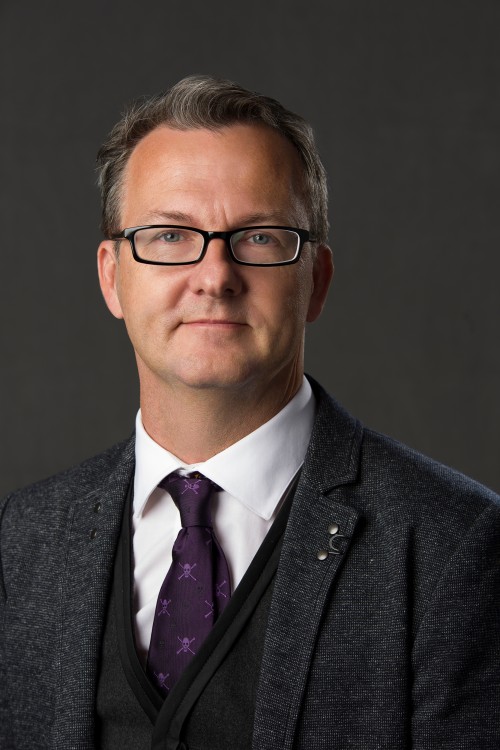 He transferred to MICA in 1991 and graduated from the Printmaking department in 1993.

Martel grew up in the small town of Katy, Texas, outside of Houston. He graduated from the Houston High School for the Performing and Visual Arts in 1987 with a focus on photography and writing in the Media department.

A twenty-year veteran in the interactive entertainment industry, Martel began his career working on the first civilization game at the Hunt Valley, Md., company MicroProse as an intern. He then worked on contract while at MICA and was hired full time after graduation.

During his time in the industry, he has had the privilege of witnessing and making history in one of the most important genres in the industry - the action shooter category - from working on games like Duke Nukem first hand at 3D Realms to being a part of the universe in games like Opposing Force and Blue Shift. Later, he worked on movie properties such as James Bond and on PC versions of some massive industry franchises like Tony Hawk and Halo. As a visionary behind creating Brothers in Arms, he helped to ratify, spearhead and lead the final art direction for Borderlands. As an artist, art director, the studio art czar, game director, executive producer, executive vice president, co-founder, partner, owner and, lastly, the chief creative officer for Gearbox Software, he has been a driving force behind much of the studio's success.

Along with his partners and through collaboration with everyone at Gearbox, a company that now boasts a roll of 180 employees strong, he hopes to have much more success in the next twenty years in the interactive entertainment industry.