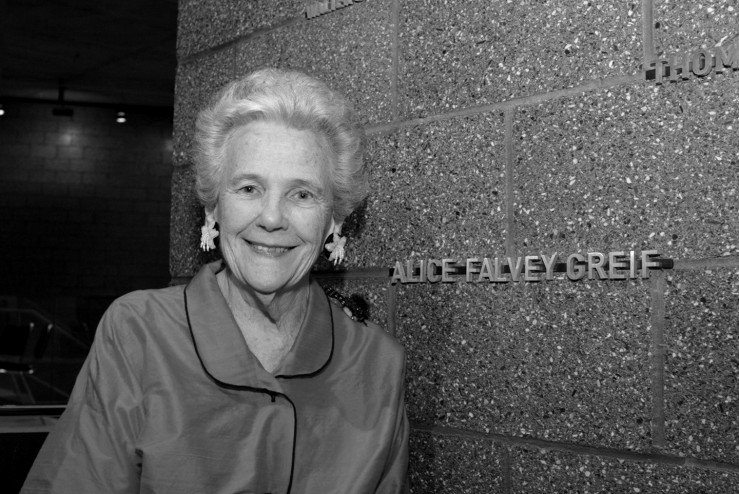 Grief graduated from Brookline High School and received a B.A. in American History from Goucher College.

After a 21-year career in public relations at Goucher College, Grief left as director of public relations to join her husband, Dr. Roger Greif, in New York City, where he was of physiology at Cornell University Medical College.

While in New York, she did volunteer work at the Yorkville Civic Counsel and served on the Board of Directors from 1975 until the Council was dissolved in 1991; she was also a founding member of the Yorkville Volunteer Center from 1976 until 1987, when it was incorporated as the Volunteer Referral Center (VRC) and served as vice-president of the VRC since its founding.