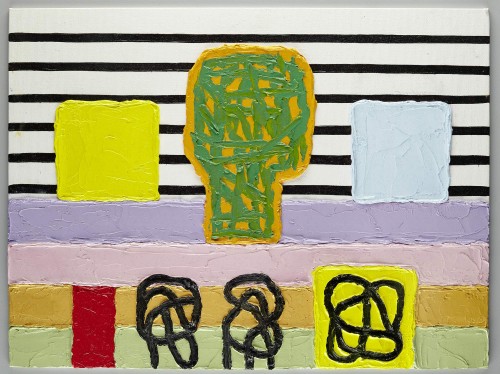 Jonathan Lasker was born in Jersey City, NJ in 1948. He currently lives and works in New York City and Munich. He studied at the School of Visual Arts, New York and California Institute of the Arts in the seventies.

In the 1970s Lasker developed a formal language using different processes of mark-making, repetitive patterns and fluid lines that appear to be offhand doodles, either loose or loaded with paint. The results seem to oscillate between intuition and analysis. Working from small, meticulous studies to create his large scale works, Lasker combines references to painters like Philip Guston, Robert Ryman and Jackson Pollock with graffiti and cartoon imagery.

Since the early 1980s, his consistent painterly vocabulary has functioned as a syntactical framework and enabled him to hold an important critical position in contemporary discourse on painting. Lasker’s work been exhibited in many one-man shows, including the ICA in Philadelphia, the Corcoran in Washington, D.C., in Europe at the Kunsthalle Bielefeld, the Stedelijk Museum in Amsterdam and the Kunstverein St. Gallen. He participated in the 1992 Documenta IX in Kassel, and the Reina Sofia in Madrid. He has lectured extensively in the United States and Europe. 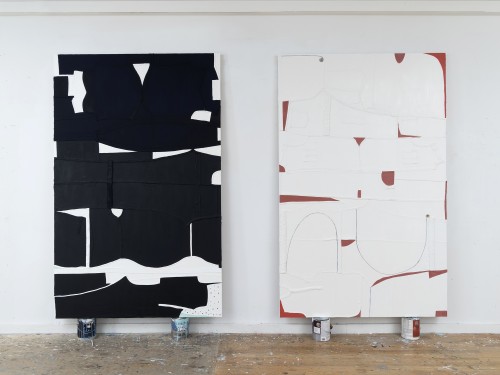 Medrie MacPhee was born in Edmonton, Alberta, and lives and works in New York City. She received a B.F.A. from the Nova Scotia College of Art and Design in 1976.

Recently MacPhee began adding clothing and material to her paintings, using collage to disrupt and interfere with the painted surface and creating a totally new kind of work. “I like to be surprised. To be surprised is the highest aesthetic category.”, she says. “I like to see artists make surprising, unexpected choices.”

MacPhee has received support from the John Simon Guggenheim Foundation, a National Endowment for the Arts, Pollock Krasner Foundation, New York Foundation for the Arts, Elizabeth Greenshields, and the Canada Council Established-Artist Grants. She was a resident at the MacDowell Colony, the Vermont Studio Center, and the American Academy in Rome. She has received a public art commission from Cadillac Fairview to execute a major painting for the Main Tower of the Mies van der Rohe TD Center in Toronto in 2015.

Her work has been exhibited in over thirty solo and seventy group exhibitions, in Canada, the U.S. and Europe and is represented in various private and public collections in the U.S., Canada and Europe, including the National Gallery of Canada, the Metropolitan Museum of Art, New York, the Musée d’art contemporain de Montréal, the Art Gallery of Ontario, the Edmonton Art Gallery, the Art Gallery of Greater Victoria, and the Asheville Art Museum, NC. In 2019 she was elected as a member of the National Academy of Design.

Keegan Monaghan was born in 1986 in Evanston, IL. He currently lives in Brooklyn, NY. He received his BFA from Cooper Union in 2008.

Monaghan is a painter who’s work focuses on the experience of looking and the subjectivity of first person perspective. Often framed around literal or insinuated windows, his heavily worked paintings enact emotionalized tensions between the visible and the excluded, dramatizing states of immersion, absorption and anxiety while positioning the viewer as a voyeur who is looking out or looking in, excluded or implicated. 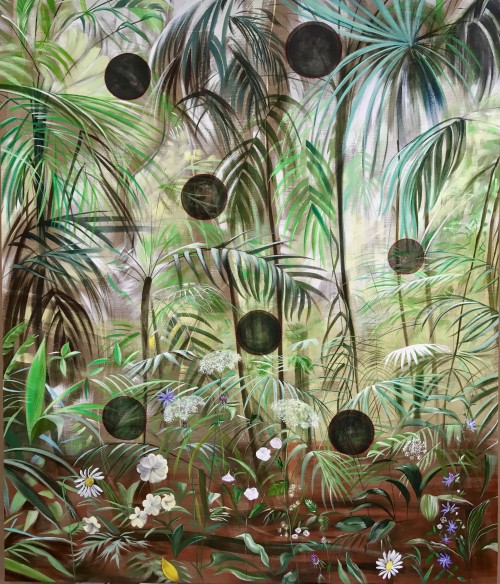 Donna Moylan was born in 1953 and lives and works in New York.

She is known for mod genre, non objective works that were first recognized by the 80’s curator team Collins and Milazzo.

James Siena was born in 1957 in California and now lives and works in New York City. He grew up in Washington, D.C. and studied fine arts at Cornell University receiving his BFA in 1979.

Siena’s pattern based abstract paintings range in scale from the intimate to larger than life size, giving his works the ability to both draw in his audience and envelope the body. Responding to a set of parameters the artist calls “visual algorithms,” Siena combines mathematical precision with hand-drawn variations that are characterized by repetition and densely packed and vibrating lines. Siena has also developed an impressive body of related works in drawings, prints, as well as complex works on paper using vintage typewriters.

Siena had his first major solo museum exhibition at the San Francisco Art Institute Gallery in 2003. Siena’s work is in many prestigious collections including the Museum of Fine Arts in Boston, The Museum of Modern Art in New York, and the Hammer Museum at UCLA, among others. Siena has numerous achievements to name a few: the Edward Durrell Stone Award in 1977, the Charles Goodwin Sands Medal in 1979, and the American Academy of Arts and Letters Award in 2000. He has also been reviewed in leading publications such as The New York Times, ARTnews, and The San Francisco Chronicle. His work is represented by Pace Gallery, NY. 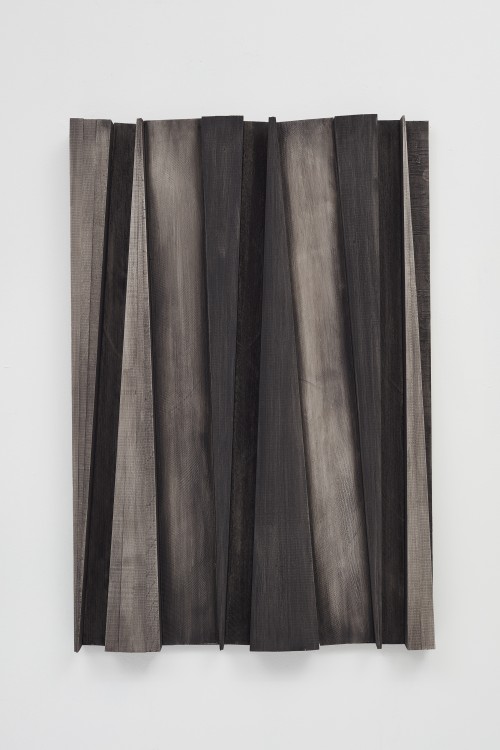 Joe Montgomery was born in Northampton, MA, in 1979. He lives and works in New York City. He received his BA from Yale University in 2001 and his MFA from Hunter College CUNY, in 2007.

Edwin Jacobs writes of Montgomery that, “The artworks that Joseph Montgomery brings into our world, are not main art changers or big statements, why should they? No, they softly present the need to be aware that you are looking at art and aware of your emotions involved.”

Recent solo exhibitions include Via degli Eremiti at CAR DRDE in Bologna, Rules for Coyote at Dürst Britt & Mayhew, DOLLS (with Sherrie Levine) at Paula Cooper Gallery, Heads, Calves at Laurel Gitlen, Doll Index at Peter Blum Gallery and Five Sets Five Reps at the Massachusetts Museum of Contemporary Art (MASS MoCA). His work was also shown in the seminal group exhibition Painter Painter at The Walker Art Centre in Minneapolis. His work is in the collections of the Walker Art Center, Minneapolis, MN and the Centraal Museum, in Utrecht, Netherlands. He is represented by Dürst Britt & Mayhew, Brussels, Belgium.

in conversation with AV Ryan and Joan Waltemath 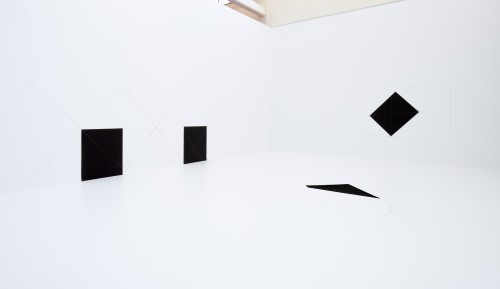 Dorothea Rockburne was born in 1932 in Montreal, Canada. She has lived and worked in New York City since 1955. Rockburne attended the Ecole des Beaux-Arts, and the Montreal Museum School in Montreal, Canada before moving to the United States to attend the renowned Black Mountain College in 1950. At Black Mountain she began her life long engagement with mathematics inspired by mathematician Max Dehn. In addition to Dehn, she studied with Franz Kline, Philip Guston, John Cage, and Merce Cunningham. She also met fellow student Robert Rauschenberg.

Rockburne’s exhibition record is extensive including shows at MOMA, the Brooklyn Museum, The Art Institute of Chicago, the Parrish Art Museum in Southampton, NY, the Musée dex Beaux Arts, Montreal and the Guggenheim Museum among others. Rockburne produced her Set Theory installations, which were first shown in 1970 at the legendary Bykert Gallery in NY. In the early 1990’s, Rockburne began to study Astronomy and frescoes, combining these interests to create a major fresco secco for SONY headquarters in New York City entitled Northern Sky, Southern Sky (1992–1993). Her recent installation of works at Dia Beacon, which will be on view for the next 5 years, revisits Rockburne’s long and rich career with early installations made from commonplace and inexpensive materials.

Rockburne has received many awards and honors including the Guggenheim Fellowship in 1972, the National Endowment for the Arts grant in 1974, in 1976 the Witowsky Prize for Painting, participation at the 1980 Venice Biennale, the Rome Prize in 1991, the Lee Krasner Award in 2003 and the National Academy Museum & School of Fine Arts, Lifetime Achievement Award in 2009.

Rockburne is a member of the American Academy of Arts and Letters and the National Academy of Design. 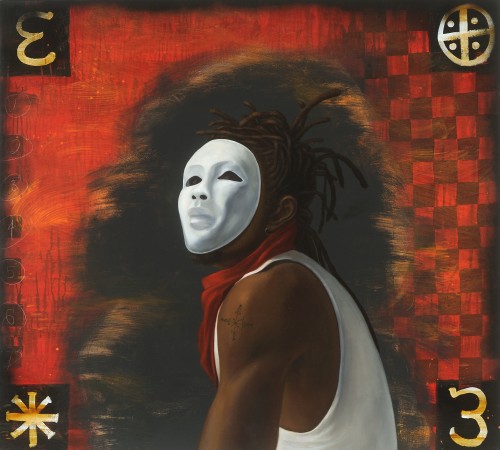 Renée Stout (American, born 1958) grew up in Pittsburgh and received her B.F.A. from Carnegie-Mellon University in 1980. Originally trained as a painter, she moved to Washington, D.C. in 1985 where she began to explore the spiritual roots of her African American heritage through her work and eventually became the first American artist to exhibit in the Smithsonian’s National Museum of African Art.

Inspired by the African Diaspora, as well as everyday life in her DC neighborhood and current events, she employs a variety of media, including painting, drawing, mixed media sculpture, photography and installation in an attempt to create works that encourage self-examination, introspection and the ability to laugh at the absurdities of life and ourselves.

Renée Stout received a Bachelor of Fine Arts in 1980 from Carnegie Mellon University, Pittsburgh, PA. She is a recipient of the Women’s Caucus for Art Lifetime Achievement Award (2018), Janet & Walter Sondheim Artscape Prize (2012), David C. Driskell Prize (2010), a Joan Mitchell Award (2005), The Pollock Krasner Foundation Award (1991 & 1999), the Anonymous Was a Woman Award (1999), The Louis Comfort Tiffany Foundation Award (1993) and the Women’s Caucus for Art Lifetime Achievement Award (2018). Her work is included in such collections as The Afrika Museum, The Baltimore Museum of Art, The High Museum of Art, The Metropolitan Museum of Art, The National Gallery of Art, The San Francisco Museum of Fine Art, the Smithsonian American Art Museum, and the National Museum of African American History and Culture, among others. Stout was the subject of the traveling exhibition “Tales of the Conjure Woman,” originating at the Halsey Institute of Contemporary Art in 2013, a solo exhibition, “Funk Dreamscapes from the Invisible Parallel Universe” at the John Michael Kohler Arts Center in Sheboygan, WI in 2018 and “Church of the Crossroads: Renée Stout in the Belger Collection” at the Belger Center in Kansas City, MO in 2018. 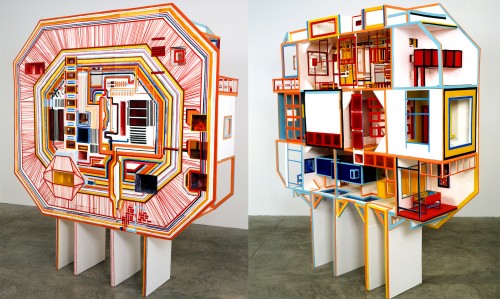 Diana Cooper was born in Greenwich, CT in 1964; she lives and works in Brooklyn, New York. She received her B.A. from Harvard College, Cambridge, MA in 1986, studied at the New York Studio School in 1990 and received her M.F.A. Hunter College, New York, NY in 1997.

Diana Cooper responded to the challenge to painting’s validity by creating complex hybrid works combining drawing, painting, sculpture, photography, and installation. She writes “Much of the experimentation and improvisation that I do involves mediating between different forms and materials. I often juxtapose materials that evoke a sense of the absurd.”

Cooper has been awarded the Rome Prize, a Guggenheim Foundation Fellowship, Pollock-Krasner Grant, and a New York Foundation for the Arts Fellowship. In 2008, she was awarded a Public Art Commission from the New York City Department of Cultural Affairs Percent for Art Program and Polshek Partnership Architects. In 2009, Americans for the Arts honored her project as one of the top public art projects of that year. Her work is represented by Postmasters Gallery.