Imagine how the the world would look if every 12-to-15-year-old girl in Baltimore had healthy self-esteem. Not only would each girl love herself and feel comfortable in her body, each would also grow into adulthood having a healthy outlook on romantic love and sexuality.

Now imagine how the world would look if young girls in urban areas across the country felt this way.

The idea isn’t so far-fetched, thanks to the collaborative efforts of young designers who came from all corners of the U.S. and world to study in Baltimore — efforts put into motion because of a chance conversation after a yoga class.

Jennifer Cole Phillips, co-director of MICA’s M.F.A. in Graphic Design, is an avid yoga practitioner, and for months, she practiced alongside Ann Herbert at a local yoga studio without knowing what the other woman did for a living. As the two were chatting after a class in summer 2015, Phillips finally asked, “By the way, Ann, what do you do?”

It turns out that Herbert is a Ph.D. candidate at Johns Hopkins University Bloomberg School of Public Health conducting research into puberty education for inner-city girls. Cole Phillips, who is responsible for a first-year, social-design oriented project M.F.A. candidates said light bulbs went off as Herbert answered.

“I hadn’t yet figured out what the next project was going to be until I talked to Ann. So I asked, ‘How would you feel about a collaboration in which our graduate designers partner with you and your research on the girls?’ That’s how the project was born,” she recalled.

That project — an award-winning effort called Growing Girls — leverages research into public health by pairing it with user-centered design practice. It has the power to change the lives of young girls in Baltimore and potentially those of girls in communities nationwide. 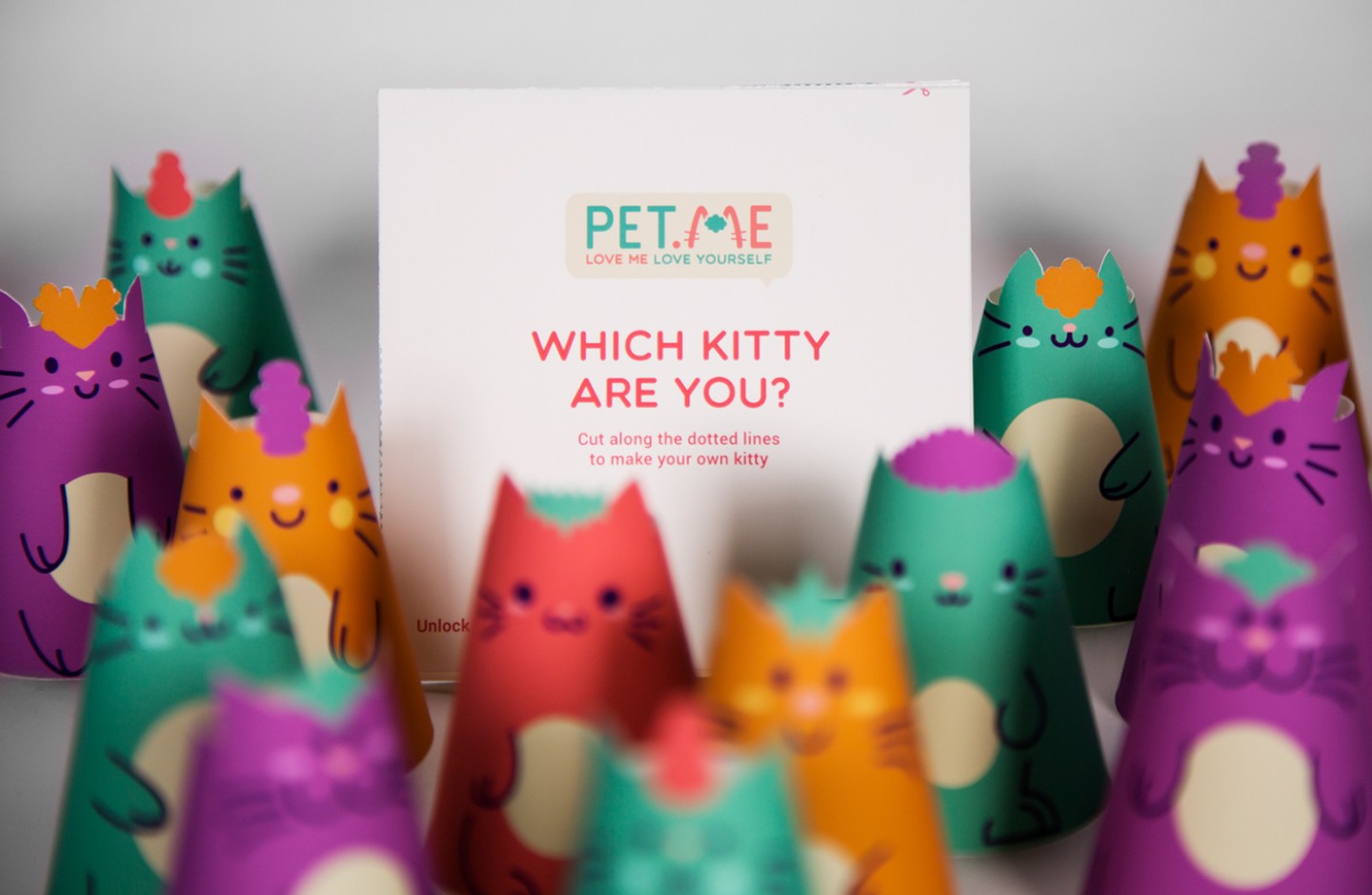 At the heart of Herbert’s research is stark reality: the transition through puberty is a critical time of physical and emotional development, yet many girls across the U.S. grow up without adequate education about these changes. Without a framework for understanding their bodies, girls often lack the ability to make healthy decisions. Moreover, studies show that low-income African-American girls are the most vulnerable when it comes to this lack of education.

Young girls in Baltimore, however, will benefit from the fact that the city is a hub of educational institutions that draw talent and brainpower from around the world. That gives Baltimore the capacity to produce interdisciplinary collaborations — such as the MICA-JHU Growing Girls Project — that can produce tangible, positive changes on the ground.

“Ann launched the project by explaining her research and showing precedents to our students. The materials were all really antiquated — all very white-centric and not really user-friendly. Most of what’s out there is geared toward girls 12 to 15, and Ann identified that educating girls as young as 8 to 10 makes a big difference,” Cole Phillips said. “Kids aren’t getting these materials soon enough or in a way that resonates with them.”

After meeting with the researcher, first-year graduate students led by Cole Phillips and faculty member Jason Gottlieb ’13 broke into teams to propose new tools to use for puberty education. Then Brooke Thyng ’17, Jarrett Fuller ’17 and Andrew Peters ’17 — young designers who came to MICA from Florida, Pennsylvania and Illinois — consolidated the proposals into a cohesive whole in a spring independent study supported by a grant from the Lerner Center for Public Health Promotion at Hopkins. They focused on three deliverables: an interactive web site, a printed activity book and a personal mirror that encourages girls to explore their bodies.

For the project to work, it is vital that users relate to the tools. As Fuller explained, “We held research sessions with Baltimore teens to learn how they communicate. We looked at brands they liked, how they talked, what they did in their free time so the materials we designed would feel like it came from a world they were wholly familiar with.”

The work paid off when the Growing Girls Project was awarded one of eight Sappi Ideas that Matter grants, which recognizes projects with social impact while also reflecting design excellence. The grant will help get the Growing Girls tools in the hands of the girls they are meant to serve.

The project shows just how powerful design can be when it comes to educating others. “A lot of the materials that existed or that still exist for sex and puberty education are very dry,” said Gottlieb.

“Design gives us an opportunity to make more inviting interactions that really appeal to the people who need these materials the most.”

Thyng added, “By educating young girls about their anatomy, the process of puberty and all of the physical and emotional changes that come along with it, we are able to empower them to know that their body is 100 percent theirs.”

One of the tools created during early brainstorming, an interactive app called Pet.Me, was named one of 14 Adobe Design Achievement Award winners in 2016.

Other designers include Marina Roos Guthmann ’17, from Brazil, Gurleen Kaur Saini ’17, from India, and Daniel Frumhoff ’17, from Missouri. Together, they did every-

thing from creating the Pet.Me prototype to creating animations.

“Pet.Me truly was a collaboration in every sense of the word,” Frumhoff noted as he recalled the creative process. “We asked ourselves: ‘what would be a nice representation of a woman’s body? A representation that doesn’t raise discomfort and more social taboos among girls?’ So, we ended up using bold and vibrant colored kitties as an analogy to represent these young girls’ bodies. We designed different ones to represent diversity and to show that every girl has a unique and beautiful body.”

Today, Growing Girl’s focus is on the web site, the activity book and the mirror, and the group plans to use a number of distribution channels that have proven effective in previous public health campaigns for adolescents in Baltimore. There are hopes to one day extend these resources to larger and broader communities, and as the collaboration moves into its next phase, there is also optimism from all parties involved. As Herbert said, “I think it’s a good example of how bringing different disciplines together makes for an overall greater whole.”