In summer 2018, I worked as a NASA animation intern on-site at Goddard Space Flight Center – commuting from Baltimore to Greenbelt, which was probably my least favorite part of everything. An hour drive to and from sounds easy until you are doing it every day, backed up in traffic along the Washington, D.C. beltway. I would wake up at 6 a.m., be on the road by 7 a.m. and starting my full-time workday at 8 a.m.

I had a full-time position centered on astrophysics and animation, and a typical day would start with me going through on-site security (love those random car checks) and entering Building 32, home of the Astrophysics and Planetary Science divisions. I shared office space with two MICA graduates, both artists and graphic designers who have worked at NASA for about 30 years. Rigged with my triple monitor setup, I would open my government email account to check out what was happening – and there was always something going on, whether it was Planetary Science’s coffee and cookies every Tuesday and Thursday, an LGBT hot dog party, a Harry Potter-themed talent show, or one of the science talks that ran throughout the summer. One thing you will hear about Goddard is that its hospitality and sense of community is unmatched by any other government facility.

I worked with the astrophysics communications team, who deal primarily with a space satellite called the Fermi Gamma-Ray Space Telescope. It was an incredible experience to be part of a team that translates science “jumble” to something concise and informative, and their work made me reconsider the kind of animation careers I want to look into.

Work created by Shoshana was featured on NASA Social Media

My role was to mix hard-fact science with fun and bake it all into animations that would be eye-catching and informational – to get people to care about individual NASA missions and to feel personally connected to that small Fermi satellite that has been orbiting our earth for over 10 years now. Most days, I would send prototype after prototype of animations to the communications team for approval in hopes that I was conveying everything correctly. What was especially interesting was way the animations, graphics, and GIFs I created could be used to really connect with the public. As an example, two communications interns and I helped skyrocket the number of interactions with Fermi’s social media accounts last summer by giving them a makeover using the work I created.

During my internship, I was designated as the person with creative vision, which was simultaneously engaging and challenging. I liked the freedom and the direction, but that responsibility also left me constantly questioning myself – which maybe was a good thing. I spent time extensively researching satellites, gamma rays, pulsars, and a variety of large space events. I loved the research and combining my passion for science with my passion for animation. I was an anomaly to both teams – scientists and artists /designers– and I liked being that mid-person who understood both sides. 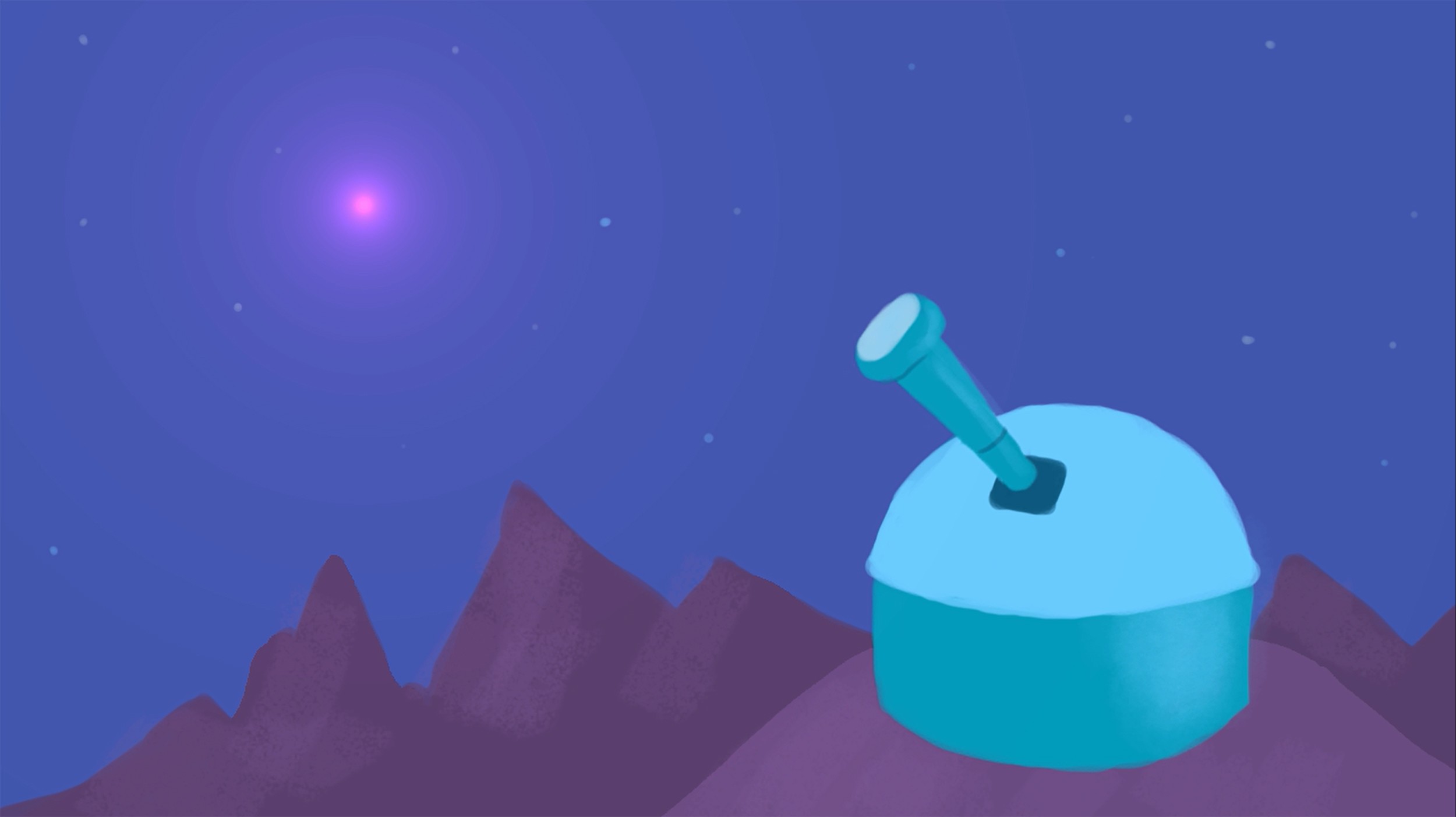 My summer at NASA was super hectic, crammed full of meetings and deadlines and endless amounts of projects, but I loved it all. I loved finding my voice in that community and feeling accepted as a creative that also understood astrophysics concepts and the engineering behind certain satellites.

By the time 4 p.m. hit each day, I was exhausted, but still bursting with creative solutions. I would allow my mind to unravel creative science possibilities all the way home, ready to gear up for the next day. I never would have imagined going from MICA to NASA, but the transition ended up being so effortless. It was such an honor to be a part of something so important. I can’t wait to see what my next step in this journey will be.